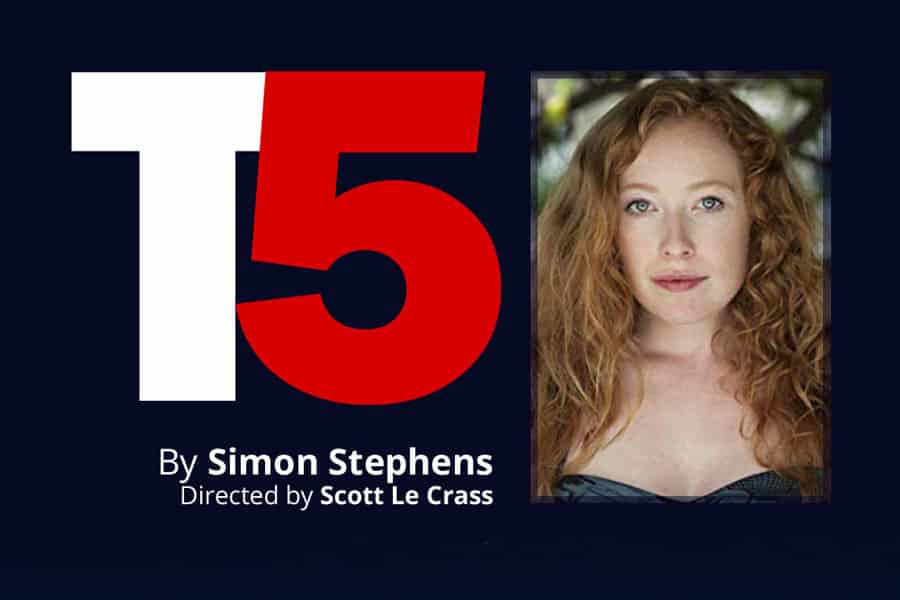 T5 portrays a road trip below the heart of London and follows a darkly magical flight out to the edges of the 21st Century. Visions of violence, and the ancient and modern lights of the city mingle with the dreams and nightmares of family life in this searing monologue by Simon Stephens.

This one off reading production performed by Victoria Yeates best known for her portrayal of one of the UK most love TV characters Sister Winifred in ‘’Call The Midwife’’ on BBC 1, and Most  recently has seen playing Bunty the Major release of ‘’Fantastic Beats The Crimes Of Grindelwald’’. This reading production of Simon Stephens T5 will be FREE to all full paying ticket holders of ‘’ Country Music’’ By Simon Stephens playing at the Omnibus Theatre playing from May 28th until June 23rd.

Directed by the 2 times Offie Nominated director Scott Le Crass who previous credits include Elmer (UK and International tour) Sid (UK tour) and Kicked in the Sh**ter (Hope Theatre, Theatre in the Mill, Bradford). He is a working-class director who wants these voices represented on stage.

The reading will be held on 12 June 2019 at 9.15pm with no interval at Clapham Omnibus Theatre. Running time 20 minutes.

This one-off reading of T5 is produced by FreeRun Productions Ltd in association with Kevin Nolan.

Otherwise, please click here to continue to the Omnibus Theatre...
x
Send this to a friend