Tim Hochstrasser reviews Joe Orton’s The Ruffian On The Stairs now playing at The Hope Theatre. 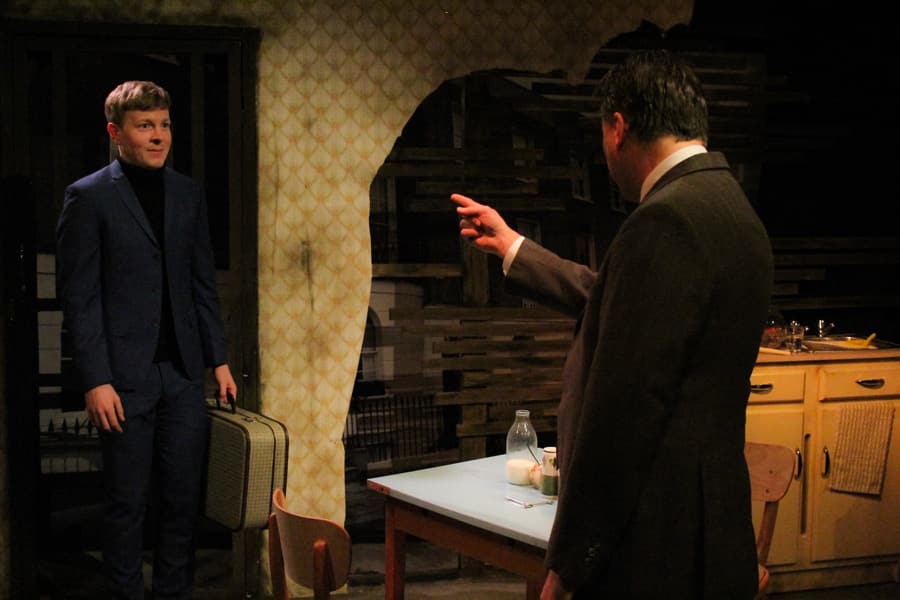 ‘They think because you’re criminal they can treat you like dirt. Coming here like that. Telling a man to his face. The morals of Nineveh were hardly so lax.’

This can only be the paradoxical and precise style of Joe Orton: the affronted claims of moral outrage and authority from someone outside conventional morality, the witty and epigrammatic ripostes in the mouth of someone apparently thuggish and uneducated, and the reversal of conventional assumptions not just of good and bad, but of victim and oppressor.

Orton’s output is not large, and even his three full-length plays are not performed very often. So it is very welcome to have this revival of The Ruffian on the Stair. But it is an oddity all the same. Originally a radio play, adapted from a novel The Boy Hairdresser jointly written by Orton and his lover Kenneth Halliwell, it was then re-written as an hour-long play, part of a double-bill produced in the final year of Orton’s brief life. So while formally it is a product of its author’s maturity, with the spare, exact, technical assurance of his best work, thematically it anticipates many of the concerns that are dealt with in greater sophistication and depth in the later work. There is no surplus writing, nothing that overstays its welcome; but also much of what is said about homosexuality, incest, Catholicism, murder and the tyranny of conventional hypocrisies is worked out more thoroughly and to better effect elsewhere. 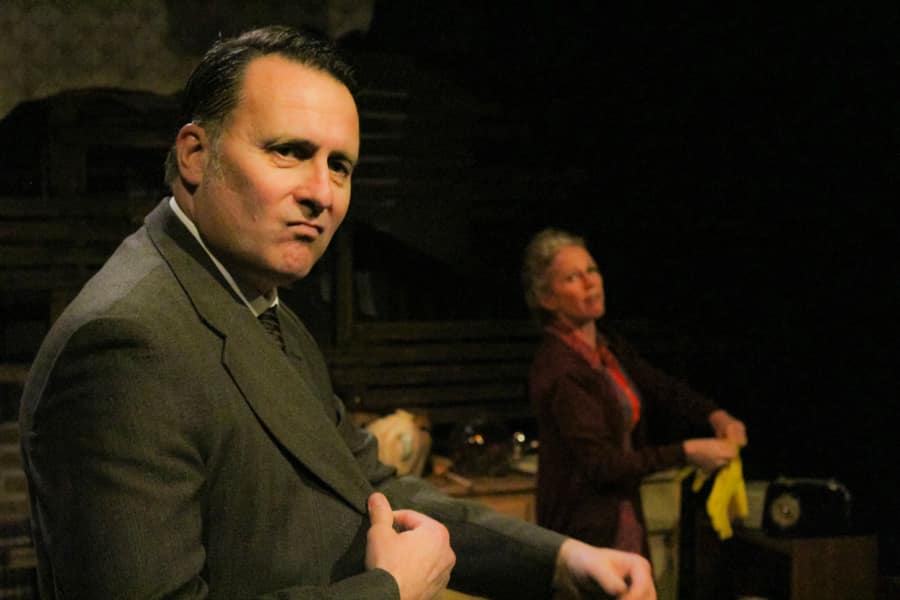 It’s a three-hander essentially. Mike (Gary Webster), an under-employed petty assassin with thuggish instincts and bisexual tastes, and Joyce (Lucy Benjamin), a wan, put-upon former prostitute find themselves uneasily coupled under the same roof. He is an Irish Catholic (though no accent is on offer, oddly) and she a London Protestant, and a lot of slightly tiresome fun is had with their beliefs and bourgeois assumptions in the first twenty minutes or so. The action and pace perks up with the arrival of Wilson (Adam Buchanan) who is a breath of confrontational, youthful fresh air that blows into this stifling set-up – the first coming of Mr Sloane. Arriving on the false prospect of renting a room he is the standard disruptive outsider in every Orton play, who turns out to have closer contacts with one or both of the other players than we could have guessed. The quality of the engagement between the actors picks up notably as the action builds to its dark and violent climax, and all three players distinguish themselves making full use of the lines Orton gives them, whether bleak, amusing or farcical. Just like the false teeth in Loot, so Joyce’s goldfish make a notable bathetic contribution to the denouement, puncturing the balloon of gravity at the right moment.

The creative team has done a good job in re-creating the 1960s ambience of the piece: props, décor, furnishings and background music successfully evoke the seedy yet lively milieu of a first-floor flat in Islington in 1967, and the set design by Rachael Ryan shows the benefit of having to make a very small space count to good effect. We see through the shabbiness – literally – as the stud wall gives way to a view of the street outside. But while there are real advantages in the claustrophobic proximity of audience to action the actors seemed at times inhibited in their action within the cluttered furniture of the room and through having to thread their way through the audience. Perhaps a few seats should have been sacrificed to make the performers lives a little easier? 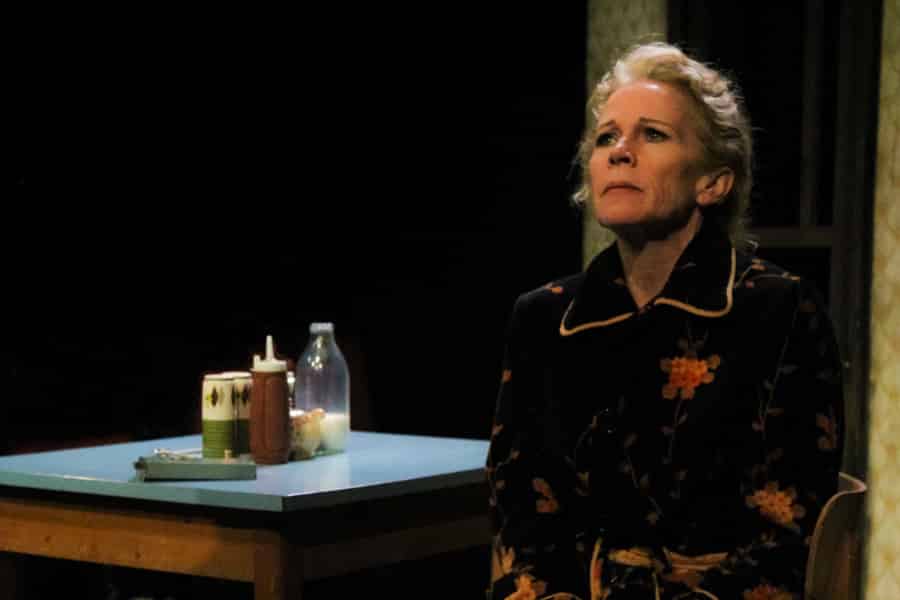 This last point has a bearing on what is the most important criticism that can be made of what remains a very solid and creditable production. The pace was often just a little too slow and unvarying. Orton’s texts are like a musical score: the tightness of the writing does not mean there is not scope for variety and speed of delivery. As was shown in the delightful recent production of Loot at the Park Theatre, there are moments when the delirious, break-neck speed of full-on farce is required just as much as moments of pause and deliberation. We did not get that variety from director Paul Clayton here, and that was a missed opportunity.

Overall this is a worthy but not outstanding production with a lot of solid virtues. It works well in the small space of the Hope Theatre, but were the piece longer it would require more incisive direction to convey the material with the right degree of cynical, bravura intensity.

Summary: While this is not vintage Orton, this play deserves more frequent outings and it receives a more than respectable production from a creative team in sync with its particular aesthetic.

BOOK TICKETS FOR THE RUFFIAN ON THE STAIRS