Now in its 34th year in the West End, The Phantom Of The Opera London has announced a new cast with Josh Piterman taking the role as The Phantom from 9 September 2019. 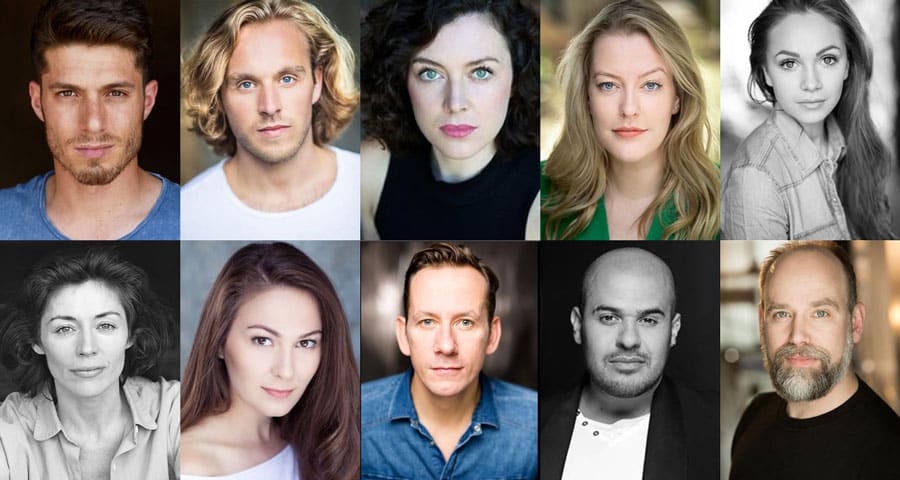 As The Phantom Of The Opera heads in to its 34th year in the West End, Andrew Lloyd Webber and Cameron Mackintosh are delighted to announce that Australian singer and performer Josh Piterman will play ‘The Phantom’ from 9 September 2019.

Also joining the cast from 9 September 2019 will be Britt Lenting as ‘Carlotta Giudicelli’ and Richard Woodford as ‘Monsieur André’.

Josh Piterman is an established Australian musical theatre performer and classical crossover artist. As a singer he was part of the international pop opera group, The Ten Tenors and in 2018 released his self-titled debut solo album which went to Number 1 in the Australian Classical Crossover iTunes chart. Josh’s musical theatre credits include ‘Tony’ in “West Side Story”; ‘Jamie’ in “The Last Five Years”; ‘Edward’ in “Blood Brothers”; and ‘Gerry Goffin’ in “Beautiful – The Carole King Musical”, all in his native Australia. He also played ‘Bustopher Jones/Gus/Growltiger’ in the Australian 2016 season of “Cats”, a role for which he won the Green Room Award for Best Supporting Actor in a Musical. Josh’s UK theatre credits include playing ‘Corny Collins’ in the UK Tour of “Hairspray”. Playing ‘The Phantom’ will mark Josh’s West End debut.

Britt Lenting makes her West End debut as ‘Carlotta Giudicelli’. Britt’s previous theatre credits include ‘Lead Vocalist’ in the UK Tour of Pasha Kovalev’s “The Magic of Hollywood”; ‘Killer Queen’ in “We Will Rock You”; ‘Enid Hoopes’ in “Legally Blonde” and ‘Prudy Pingleton’ in “Hairspray”. Britt has also been seen on television in the Dutch shows “Beat The Best” and “The Voice of Holland” and in the UK on BBC One’s “All Together Now”.

Richard Woodford’s West End theatre credits include ‘Galileo’ and ‘Khashoggi’ in “We Will Rock You” at the Dominion Theatre, ‘Grantaire’/’Factory Foreman’ in “Les Misérables” at the Queen’s Theatre; and ‘Electra’ and ‘Rusty’ in “Starlight Express” at the Apollo Victoria Theatre. Richard also appeared in the 25th Anniversary Tour of “The Phantom of the Opera”, and as ‘Gus/Growltiger/Bustopher Jones’ in the Asian tour of “Cats”, and ‘Greaseball’ and ‘Electra’ in “Starlight Express” in Bochum.

Now in its 33rd phenomenal year at London’s Her Majesty’s Theatre, The Phantom Of The Opera is widely considered one of the most beautiful and spectacular productions in history. Andrew Lloyd Webber’s romantic, haunting and soaring score includes Music of the Night, All I Ask of You, Masquerade and the iconic title song.

BOOK TICKETS TO THE PHANTOM OF THE OPERA LONDON