Mean Girls the musical is now playing on Broadway at the August Wilson Theatre. Book your Mean Girls Broadway tickets through BritishTheatre.com before you travel.

“Don’t Be Fooled By The Pink!” screams the promos for Mean Girls on Broadway! Like Legally Blonde you may think that this is superficial high school hierarchy comedy, and if you do you’re wrong. Mean Girls had it’s basis in a book called Queen Bees and Wannabes by Rosalind Wiseman  which looked at dysfunctional relationships amongst teenage girls. Tina Fey has said  “The thing that I was so drawn to was they were insidious in their intent, but also so fascinatingly clever. … You had to kind of admire the intelligence and power of it. At the same time, it has to stop. It was like a book full of Bond villains.”

For those of you who haven’t seen the film here’s the Mean Girls plot in a nutshell. Cady Heron may have grown up on an African savanna, but nothing prepared her for the wild and vicious ways of her strange new home: suburban Illinois. How will this naïve newbie rise to the top of the popularity pecking order? By taking on The Plastics, a trio of lionized frenemies led by the charming but ruthless Regina George. But, when Cady devises a plan to end Regina’s reign, she learns the hard way that you can’t cross a Queen Bee without getting stung.

Mean Girls the musical on Broadway is being directed and choreographed by Casey Nicholaw whose has a reputation for staging some of the most popular musicals in recent years including the award-winning productions of The Drowsy Chaperone, The Book Of Mormon, Something Rotten, Disney’s Aladdin and Dreamgirls now on stage in London’s West End.

Tuesdays and Thursday at 7pm
Wednesdays, Fridays and Saturdays at 8pm
Sunday at 3pm

Mean Girls the musical is recommended for ages 12 and older. Children under the age of 4 are not permitted in the theatre and most importantly keep impressionable young children away from the plastics! 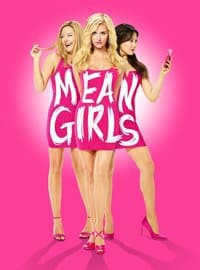