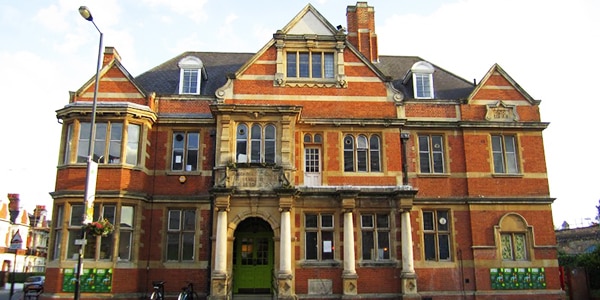 The Bush Theatre, which opened in 1972 in the upstairs dining room of The Bush Hotel, is one of London’s top venues for new writing. This reputation was established almost as soon as the theatre opened, with Flowers by Linsay Kemp transferring to the West End and Broadway in 1974, and two plays by Stephen Poliakoff achieving another West End transfer and a televised edition in 1975.

Over the next 40 years, the theatre would host the work of playwrights such as Tony Kushner, David Eldridge, Joe Penhall, Conor McPherson, and Philip Ridley, as well as collecting over 100 awards.

When its funding was threatened in 2008, a wave of support from the theatre industry helped to keep it open. In 2009, The Bush opened a second space underneath West12 shopping centre with the main theatre relocating to the Old Shepard’s Bush Library in 2011. In the same year, artistic director Josie Rourke left the theatre to take up the same position at the Donmar Warehouse.

Its emphasis on new writing means that The Bush receives over 1500 scripts a year. All of them are read.

Get social with The Bush Theatre:

Otherwise, please click here to continue to The Bush Theatre...
x
Send this to a friend