Zeus On The Loose returns to London for a return season at a secret location in September 2019. 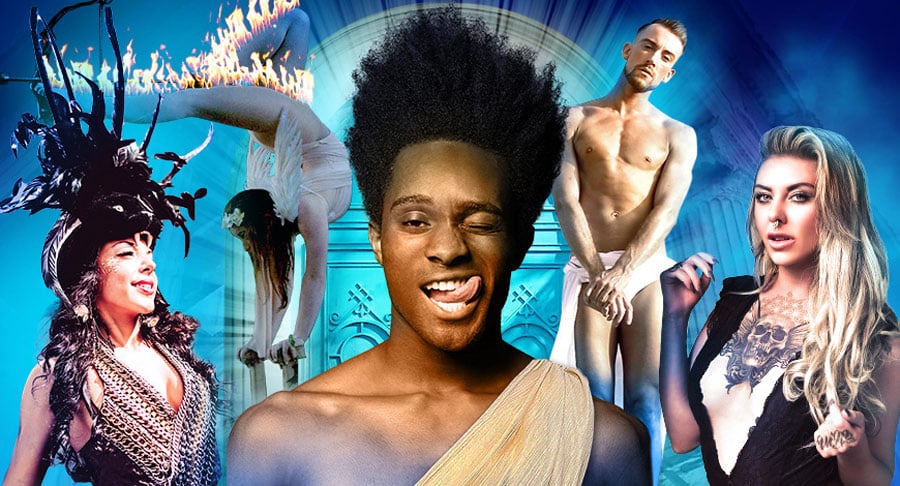 A rollercoaster fusion of musical theatre, circus and burlesque that will leave you saying “oh my gods”! Returning to London after a sell-out run at the Camden Fringe, Zeus On The Loose is a wild and wanton take on some of the most famous tales and characters from ancient Greek mythology , now playing at a secret central London (Zone 1) location in Autumn 2019.

Strictly for adults and not for the faint hearted, it’s a fast paced, immersive mix of story, song and special effects, breathtaking cabaret, burlesque and more. Mythical figures taking the stage include a randy bisexual Zeus, his plotting, scheming, scorned wife Hera, the sinister underworld guardian Hades, and the loving sisters Aphrodite and Ilithyia, whose innocence belies their power to destroy the most potent of gods. Come and see the untold Greek mythology story – it’s so wrong!

Zeus On The Loose is written and directed by Emma Rollason, who represented the UK at the famous Burning Man festival, alongside cabaret genius Penni Tovey, who also appears in the 10-strong cast. Your host, Apollo, is played by your favourite Gaydio presenter Dean Mccullough, joined by Zeus, played by Michael Afemare, who joins from the cast of Dream Girls. They are joined by a super-secret TV star as Hades, to be announced very shortly! 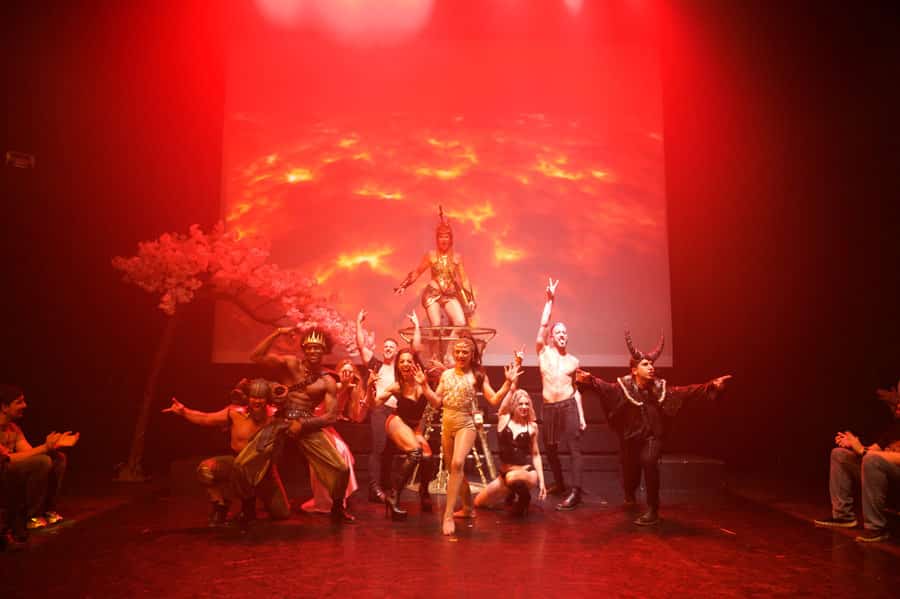 Drinks will be available and the audience is invited to mix and mingle with the cast, before and after the show.

Pandora’s Door are the creators of shows that push all boundaries, once you enter the door you leave the real world behind and fall rapidly into the unknown, intrigue, suspense, belly laughs – and lets not forget, baby: sex sells! Every show different, always a blast and a quality you can depend on… Do you dare enter through Pandora’s Door?

Zeus On The Loose will play a secret location from 27 September to 2 November 2019.

BOOK TICKETS FOR ZEUS ON THE LOOSE