Award-winning musical The Book Of Mormon has extended its London booking period at the Prince Of Wales Theatre to 25 June 2022. 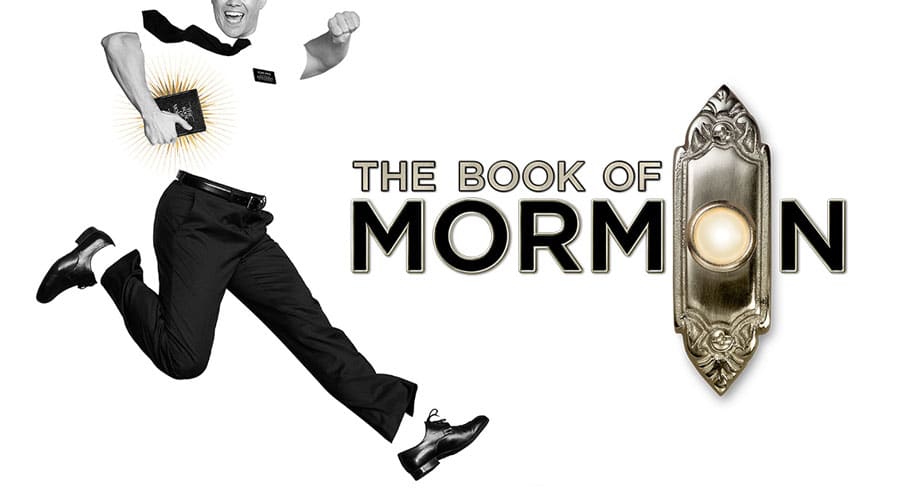 The cast of The Book of Mormon in London is led by Dom Simpson as ‘Elder Price’, Tom Xander as ‘Elder Cunningham’, Leanne Robinson as ‘Nabulungi’, Steven Webb, Richard Lloyd-King, Haydn Oakley and Edward Baruwa.

The Book of Mormon follows a pair of Mormon boys sent on a mission to a place that’s a long way from their home in Salt Lake City.

The Book of Mormon is co-directed and choreographed by the Tony®, Olivier®, Drama Desk and Outer Critics’ Circle Award-winning Casey Nicholaw. His many other Broadway and West End credits include Disney’s Aladdin, Dreamgirls, Mean Girls, Monty Python’s Spamalot, Something Rotten!, Elf: The Musical, The Prom and The Drowsy Chaperone.

Since making its world premiere in March 2011 at New York’s Eugene O’Neill Theatre, where it won nine Tony® Awards, including Best Musical, The Book of Mormon has been performed on three continents and won over thirty international awards. The musical has smashed long-standing box office records in New York, London, Melbourne, Sydney and in cities across the U.S.

The London production opened in February 2013, winning four Olivier Awards® including Best New Musical, and breaking the record for the highest single day of sales in West End history. It sold out every one of its performances before closing temporarily at The Prince Of Wales Theatre alongside all theatreland in March 2020. The first-ever UK and European tour launched in Manchester in June 2019, winning ‘Best Theatre Show’ at the Manchester Evening News City Life Awards before touring throughout the UK and Europe.

THE BOOK OF MORMON UK TOUR SCHEDULE AND TICKETS