Shakespeare’s Globe is delighted to announce the full cast of Ralegh: The Treason Trial, compiled, edited, dramatized and directed by Oliver Chris. 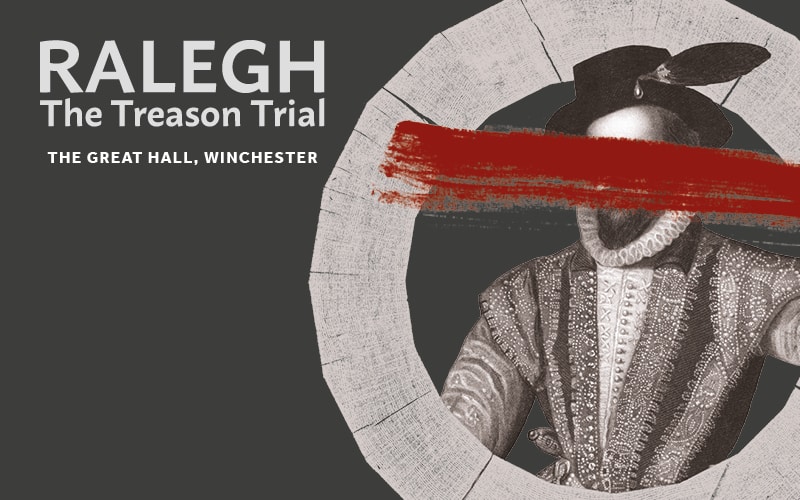 A verbatim account of what played out on that extraordinary November morning in 1603, the production has been compiled and edited from sources present at the trial itself. It will premiere in Winchester Great Hall from Friday 16 November, the location of the original trial 415 years ago, before opening in the Sam Wanamaker Playhouse on Saturday 24 November for a limited one week run.

Simon Paisley Day is Ralegh. Simon returns to the Globe having appeared as Petruchio in Toby Frow’s 2012 production of The Taming of the Shrew, and in the titular role in Lucy Bailey’s Timon of Athens in 2008. Simon’s other stage credits include Urinetown (West End), The Low Road (Royal Court) and Twelfth Night (National Theatre). Screen credits include The Musketeers (BBC), Titanic (ITV) and Madame Bovary.

Fiona Hampton is Heale. Fiona returns to the Globe after appearing in this year’s Playing Shakespeare with Deutsche Bank production of Much Ado About Nothing. Her other theatre credits include Touching the Void (Bristol Old Vic), Winter Hill (Octagon Theatre) and Tamburlaine (Arcola/UK Tour). Television includes The Collection (Amazon Prime/BBC).

Jay Varsani is Dyer. Jay graduated from East 15 earlier this year. Previous theatre credits include Memoirs of an Asian Football Casual (Leicester Curve), The Pillow Man, Hamlet, Wild Honey and All My Sons (East 15). Films include Gloves Off and Golden Years.

Ralegh: The Treason Trial is compiled, edited and dramatised by Oliver Chris, directed by Oliver Chris, and designed by Jessica Worrall. The production plays at The Great Hall in Winchester from 15 – 18 November and the Sam Wanamker Playhouse from 24 – 30 November 2018.