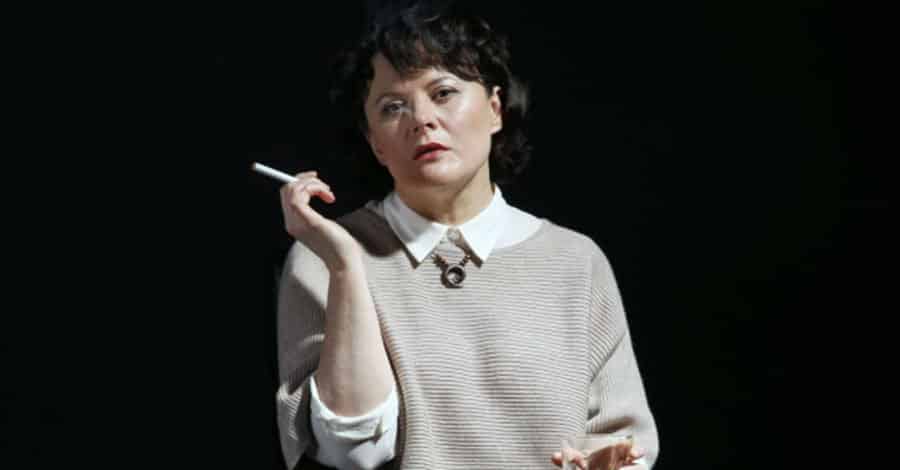 At a fringe festival filled with acrobatic young performers and energetic physical theatre, Monica Dolan’s new play, The B*easts, is notable by its understated stillness. But behind this calmness is a horrifying tale that exposes the sexualisation of young children and how our culture makes unrealistic demands on women.

Dolan herself plays Tessa, a psychotherapist, who sits back on an armchair, dragging on an e-cigarette, quietly giving us her analysis of how a young girl, named Lilah, came to have a breast enhancement operation at the age of only eight. The background appears to be a major tabloid media storm which Tessa is trying to balance by just presenting the facts and remaining dispassionate. But, as she tries to understand how Lilah came to yearn for a mature woman’s body and why her mother Karen enabled it, her personal distress about the case comes to the surface.

Occasional calls on her mobile phone tell us snippets about Tessa herself, including that she is a mother and has her own dilemmas about her body. While she tries hard not to pass judgment, she is clearly filled with anger at unreal depictions of women in advertising and the media and the sexualisation of young girls by the fashion and beauty industries.

Dolan gives a powerfully underplayed performance, avoiding sensationalism but exploring the issues in a way that is unsettling and uncomfortable. It may be a fiction but Lilah’s story feels worryingly plausible. Directed by John Hoggarth, The B*easts offers no light relief or funny lines – this is a grown-up, serious play that provides few answers but plenty of reasons to be angry.

Read reviews from other productions at the 2017 Edinburgh Fringe