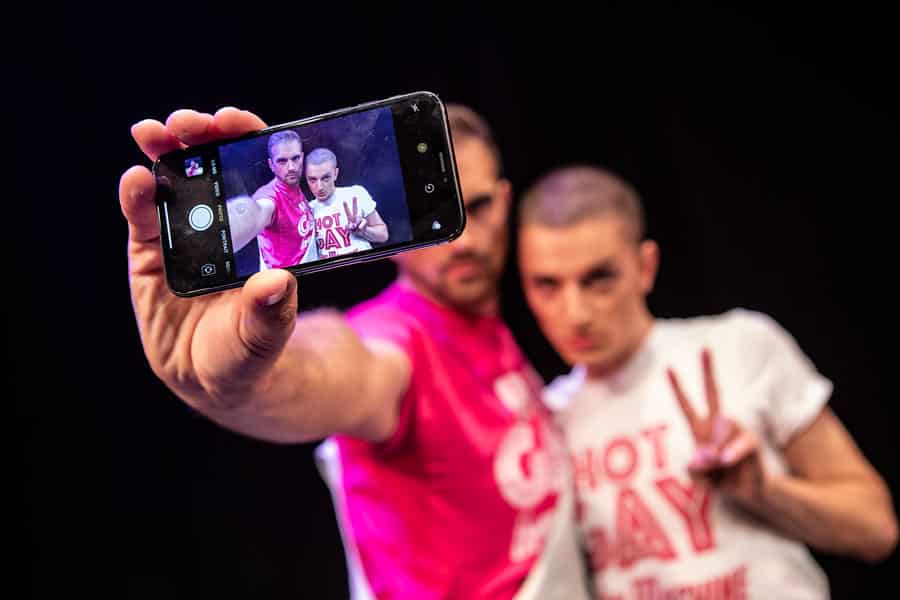 “MOVE, I’M GAY.” Zak Ghazi-Torbati announces his arrival into the bar of Trafalgar Studios in a way that suitably sets the tone for the rest of the evening. The tiny studio 2 space has been taken over by the exuberant duo of Ghazi-Torbati and Toby Marlow (the latter best known for being one half of the writing team behind smash Tudor musical SIX), who bring with them an evening of non-stop laughs with musical cabaret Hot Gay Time Machine. It’s hot, it’s gay and it’s, erm, a time machine. Trading standards will be at a loss. It’s also filthy, outrageous and completely hysterical, so there’s that too.

Zak and Toby whisk the audience off on a musical retrospective of their lives, travelling through time from the moment each knew they were gay (mortifyingly explored in the unbelievable Couldn’t Get It Up) to present day lamentations on how they can’t be friends with other gay men without accidentally sleeping with them. En route they visit school changing room anxieties and perform an eerily accurate impersonation of two straight men reacting to their girlfriends’ (did they mention they have girlfriends) gay friends. 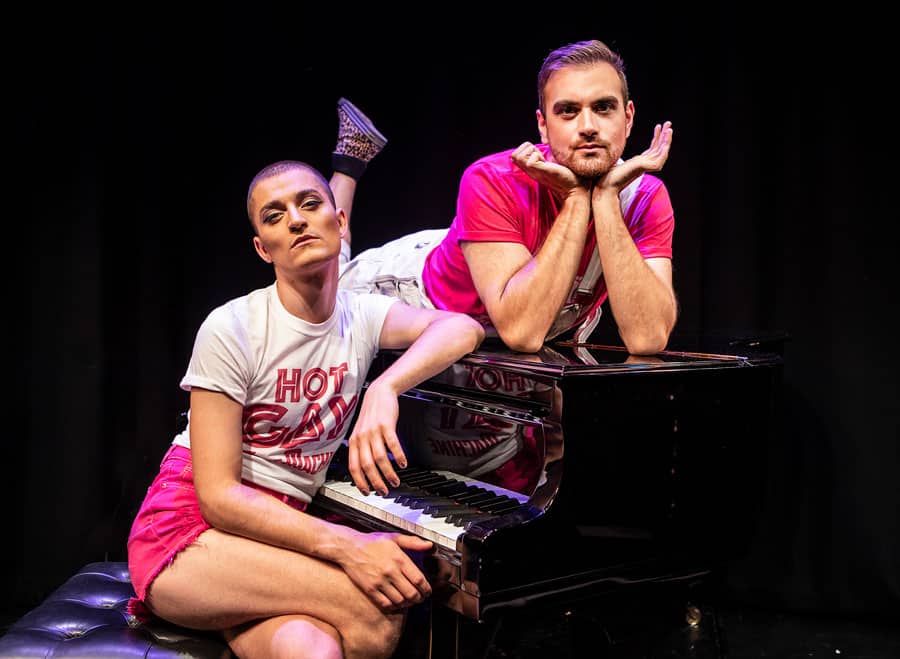 Sure there’s a lot of cliche on offer here, with pink and glitter and a post-show dance party, but Zak and Toby offer some unexpectedly clever content too. A song about consent is completely hilarious whilst possessing a sly intelligence far beyond expectation and there’s plenty of wit behind the often lewd subject matter.

Toby as a performer is a delight. When he’s not accompanying on the keys he’s throwing himself wholeheartedly into fabulous dance moves or shooting the audience knowing glances, loaded with humour. Zak is more than a match for him, with a terrific singing voice and wicked comic timing. Hot Gay Time Machine’s slightly shambolic fringe roots clearly show, with the most advanced piece of set a glittery fringe curtain (flanked with two cardboard cutouts – Beyoncé and Beytwicé), but that’s a huge part of its charm, especially situated in this tiny studio space. Anywhere bigger would rob both the performers and audience of the scrappy, jokey, intimate nature of it. Welcome to Zak and Toby’s world, everybody (except homophobes, obvs). 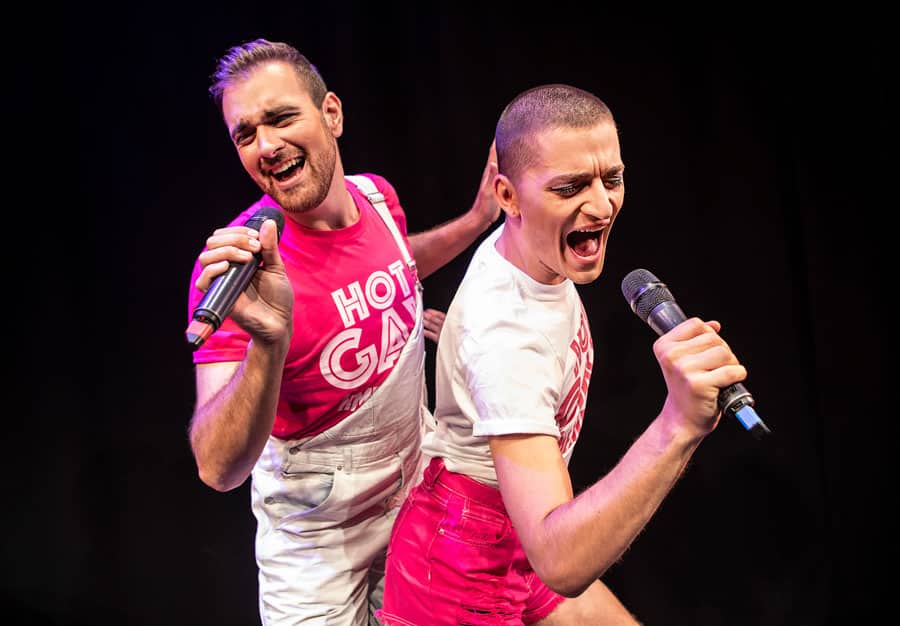 Those looking for substance should look elsewhere. Despite the duo’s obvious cleverness, Hot Gay Time Machine never gets particularly introspective; but then again that’s never the show’s intention. The 75 minute running time practically zooms by in a blur of relentless and very current comedy. As a riotous night out that’ll melt even the chilliest of dispositions, it’s definitely a winner that can be highly recommended.

One word of warning though – don’t sit on the front row. No, seriously. Trust me.