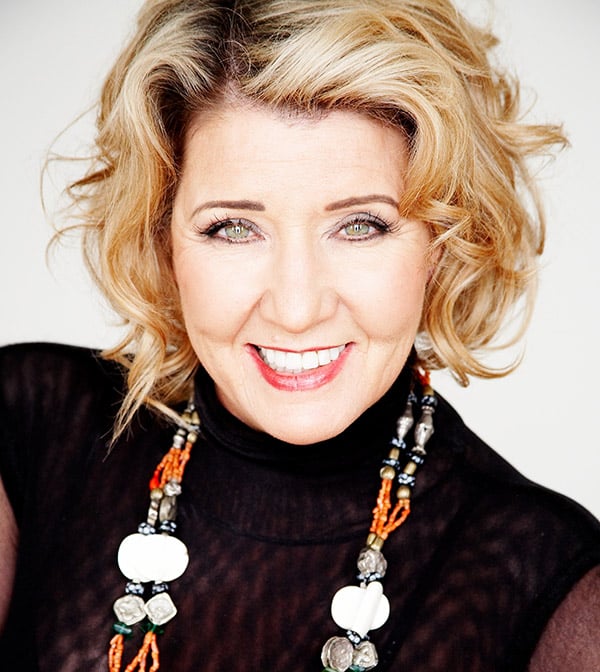 Award-winning Australian actor Amanda Muggleton is to bring her one-woman show The Book Club to London’s King’s Head Theatre for a limited four-week season from Tuesday 11 October 2016. Tickets are now on sale.

Deb can’t quite shake the feeling there’s something missing in her life. Her kids have left home. Her husband is sport-obsessed. Meanwhile, she dreams of getting love letters in the post from Martin Amis. When her friend Trish pushes her to join the eccentric local book club, self-confessed bookaholic Deb decides there’s nothing to lose. Little does she know her fantasies will start to become reality….

Amanda Muggleton is one of Australia’s most versatile leading ladies. Born in Stepney, London, she emigrated to Australia in 1974. She is a two-time Helpmann Award-winner for her portrayal of Maria Callas in Master Class and another for the musical, Eureka. She has won other awards for The Book Club, Shirley Valentine, The Rise and Fall of Little Voice and Annie. Amanda is perhaps best known in her native UK for her starring role as Chrissie Latham in the cult 1970s TV show Prisoner Cell Block H.

The Book Club is written by Roger Hall, directed by Nadia Tass, with set and costume designs by Shaun Gurton.

BOOK NOW FOR AMANDA MUGGLETON IN THE BOOK CLUB