Katharine McPhee is to play her final performance as Jenna in Waitress London on 15 June 2019. 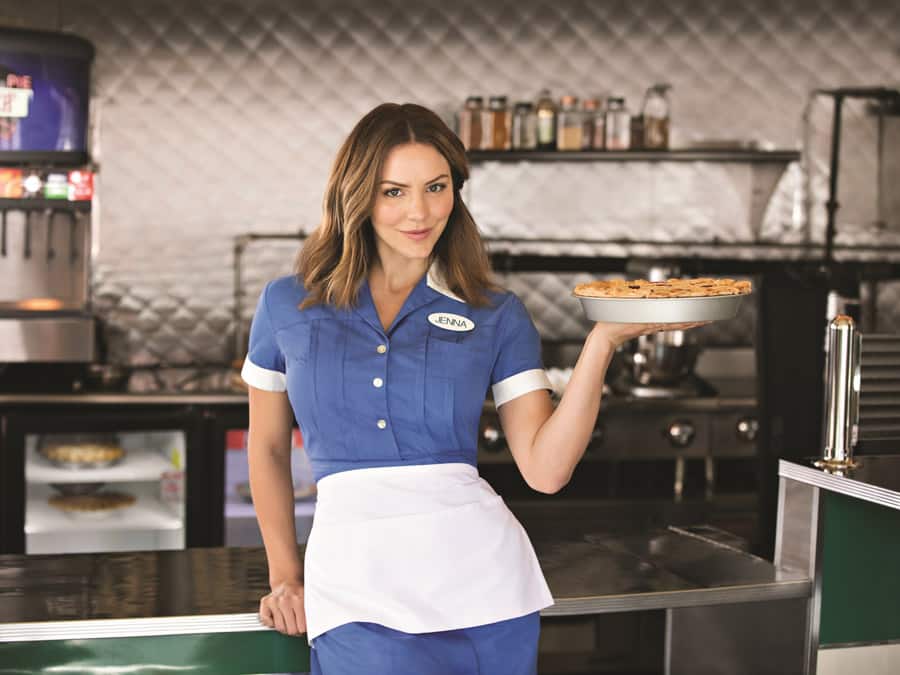 There are just ten weeks to catch Katharine McPhee in the West End production of Waitress the musical. Katharine will play her final performance on Saturday 15 June 2019. New casting will be announced soon.

London’s brand-new smash hit musical comedy Waitress tells the story of Jenna, a waitress and expert pie-maker who dreams her way out of a loveless marriage. When a hot new doctor arrives in town, life gets complicated. With the support of her workmates Becky and Dawn, Jenna overcomes the challenges she faces and finds that laughter, love and friendship can provide the perfect recipe for happiness.

The Tony-nominated musical by Sara Bareilles began performances at the Adelphi Theatre on 8 February and is now booking to Saturday 19 October.

BOOK TICKETS FOR WAITRESS THE MUSICAL