Dear Evan Hansen, the Tony Award-winning musical has announced the full cast for the London premiere at the Noel Coward Theatre in October 2019. 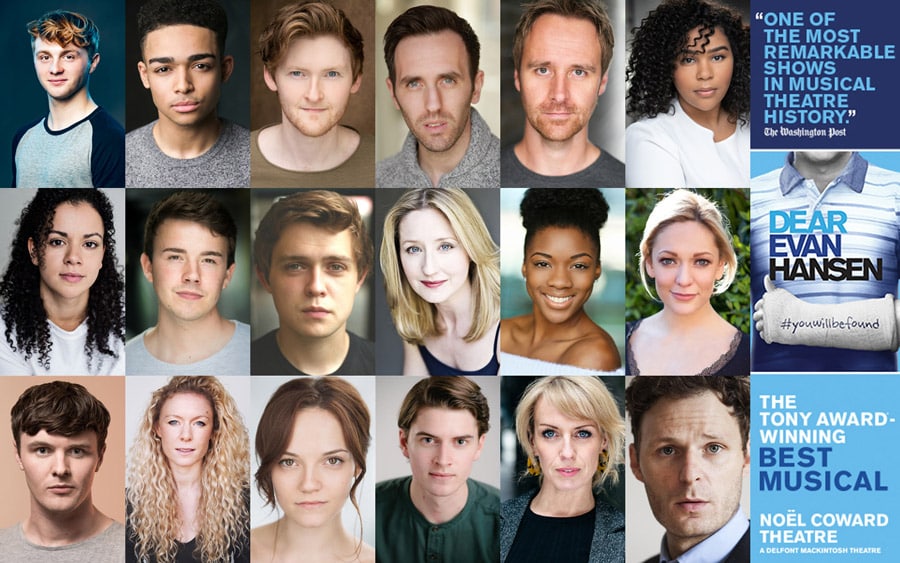 Casting has been announced for the London premiere of Dear Evan Hansen, which begins performances with an all British cast, including several West End debuts, at the Noël Coward Theatre on 29 October 2019, with opening night on 19 November 2019.

“It’s been a dream of ours to bring Dear Evan Hansen across the pond, and I’m just thrilled that we’ve found the perfect cast to fulfil this dream and introduce this original musical – and it’s very real and very universal themes – to London,”  Producer Stacey Mindich said. “In fact, the entire casting process was a joy for the creative team and me, as we met so many amazingly talented actors who were already familiar with the show and its score.”

The winner of six Tony® awards including Best Musical, as well as the 2018 Grammy award for Best Musical Theatre Album, Dear Evan Hansen is directed by four-time Tony Award nominee Michael Greif, features a book by Tony award-winner Steven Levenson and a score by the Tony, Grammy and Academy Award-winning composers of The Greatest Showman and La La Land, Benj Pasek & Justin Paul.

Dear Evan Hansen has won the Drama League Award for Outstanding Musical Production and for the off-Broadway production, two Obie Awards, a Drama Desk Award, two Outer Critics Circle Awards and two Helen Hayes Awards.  The Grammy Award-winning Original Broadway Cast Recording of Dear Evan Hansen produced by Atlantic Records was released in February 2017, making an extraordinary debut on the Billboard 200 and entering the chart at #8 – the highest charting debut position for an original cast album since 1961. The album went on to win the 2018 Grammy Award for Best Musical Theatre Album and recently became only the third cast recording this decade to go gold.  A deluxe version of the cast recording, including six bonus tracks and a pop cover from Katy Perry of ‘Waving Through a Window’, is available digitally.

Dear Evan Hansen opened on Broadway at the Music Box Theatre to great critical acclaim on 4 December 2016 where it has broken all box office records and is now in its third year of standing-room-only audiences.  A record-breaking US national tour launched in October 2018 and is currently touring North America.