The winners have been announced today in the annual awards for shows in the Vault Festival 2020 Awards in London. 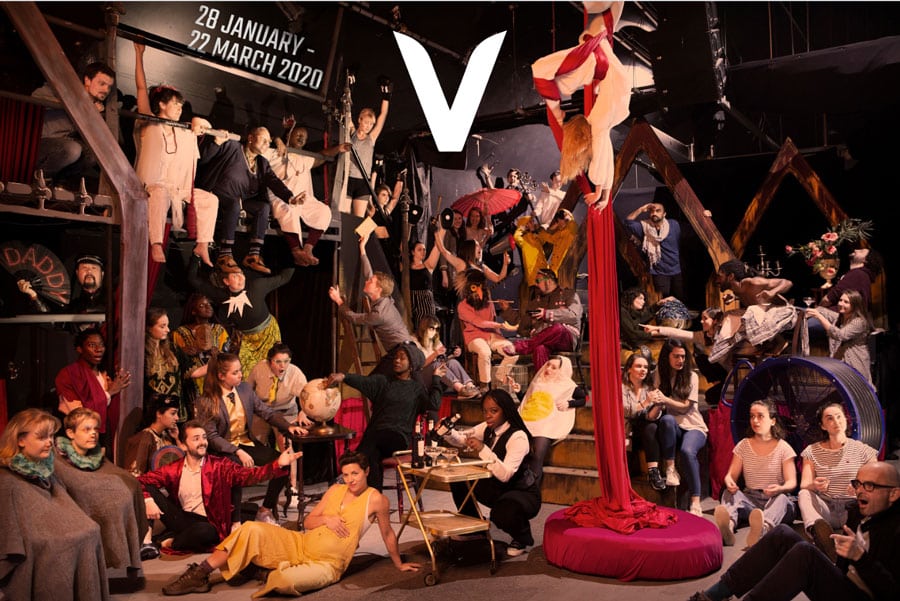 The festival was originally due to end today but closed a week early because of the coronavirus pandemic. Instead of a ceremony, the Vault Festival 2020 Awards winners were announced over social media by founders Mat Burtcher and Andy George and head of theatre and performance, Bec Martin-Williams.

The Innovation Award went to Quietly Fighting Theatre’s site-specific immersive show The Grim, from 4 to 16 February, which turned audience members into freelance “reapers” working for the Office of the Grim Reaper.

The After Dark Award, for outstanding productions in the late-night programme, went to Séayoncé’s Comedy Vault, a comedy, cabaret and drag show presented by Daniel Wye and The Good Witch – described as “a night of queer excellence and spiritual sauciness”.

The Spirit Award, for companies who embrace the festival’s spirit and ethos of creativity, cooperation and kindness, went to Sound Cistem by Plaster Cast Theatre, from 29 January to 6 February, a “queer celebration” and “dance party” challenging the cisgender gaze on the transgender body.

There were also weekly awards for Show of the Week and the Origins Award for outstanding new work. See below for a full list of all the winners and nominees.

More than 2,700 artists presented 519 different productions to over 73,000 audience members over the seven weeks of the festival from 28 January to 15 March. This does not include the 97 productions that could not go ahead this week.

This year saw the festival present more work that was led by women, people of colour, people with disabilities, LGBTQ+ artists and working-class people.

Burtcher said: “It’s a very difficult and scary time for everyone but we wanted to take a moment to celebrate and acknowledge some of the hard work and great shows that have been a part of Vault Festival 2020.”

Martin-Williams continued that “even though we are so heart-broken to have closed the festival early, we still think that the incredible artists and companies who presented work and brought people together for seven of our eight weeks deserve some recognition and be celebrated for their incredible achievements.”

All the winners and nominees at the Vault Festival 2020 Awards

WINNER: Stages: A Video Game Musical (ALP)
She Is A Place Called Home (Esohe Uwadiae)
Coming Out Of My Cage (And I’ve Been Doing Just Fine) (Shepard Tone)
Giving Up Marty (Motormouse Productions)
Life and Death of a Journalist (Jingan Young, Alex Change and Archie Macleod)

Week One: Show of the Week

Week Two: Show of the Week

WINNER: Patricia Gets Ready (for a date with the man that used to hit her) (Martha Watson Allpress)
Séayoncé’s Comedy Vault (The Good Witch)
Gobby (Jodie Irvine)

WINNER: In My Lungs the Ocean Swells (No More Superheroes)
When the Sea Swallows Us Whole (BTS Productions)
NAKED (Paige-Marie Baker-Carroll and Luke Vincent)

Week Three: Show of the Week

Week Four: Show of the Week

Week Five: Play of the Week

Week Six: Show of the Week

Week Seven: Show of the Week