Mark Ludmon reviews Santi and Naz presented by The Thelmas as part of the Vault Festival 2020 in London. 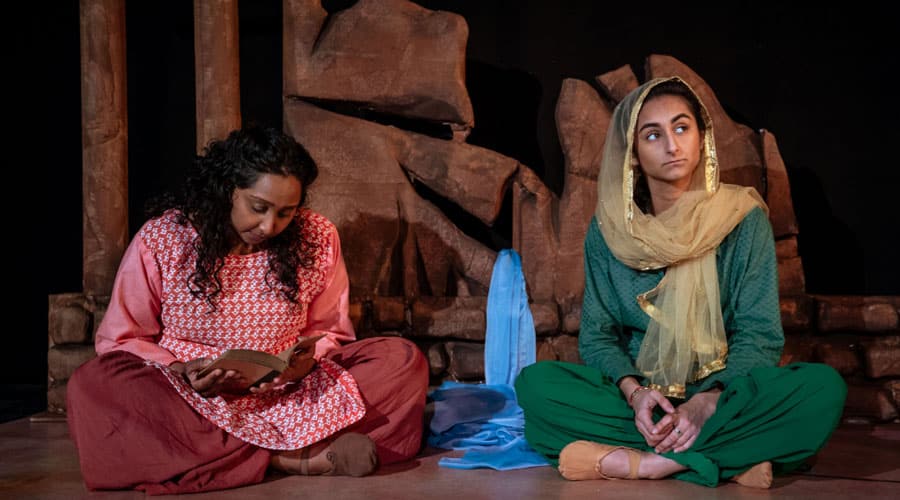 The Indian subcontinent is on the brink of cracking apart through Partition at the end of 89 years of British rule and centuries of colonial meddling, but for two young women life goes on. With a mixture of sadness and joy, Santi & Naz from theatre company The Thelmas beautifully captures how ordinary people are affected by monumental historic changes which become woven into their everyday experiences.

Set in 1947 in a small village in an unnamed part of India, the play celebrates the bond between the two girls who are “bestest best friends”. Santi is Sikh while Naz is Muslim but they are too innocent to appreciate that differences between Sikh, Muslim and Hindu are becoming instrumental to their future. Despite their religions, they exchange gifts on the Hindu festival of Diwali, and Santi dreams of Vishnu. 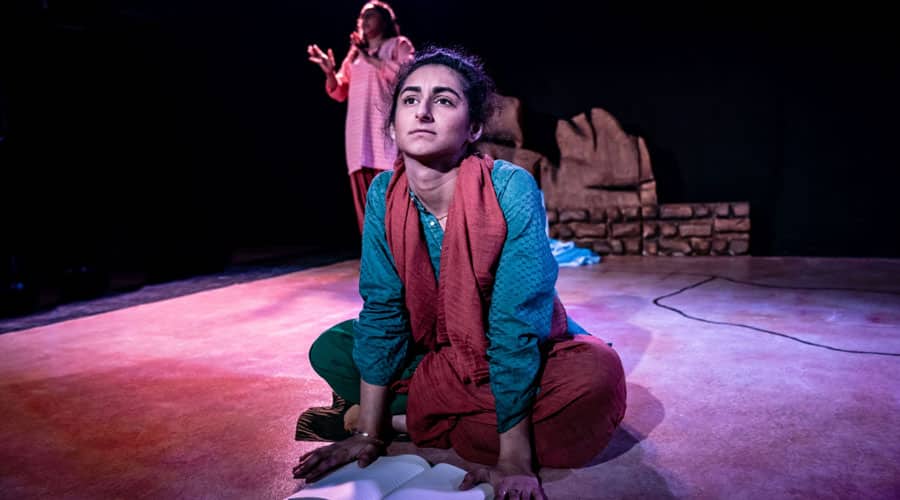 Their lives are filled with the joys of playing, dancing, mimickry and even wrestling while Santi finds pleasure in reading and writing. But this is about to change as Santi develops feelings for a handsome young man while Naz, dealing with her own emerging desires, faces marriage to a much older man with yellow teeth and a slug-like moustache. The drama builds to a surprising climax as Partition threatens to tear at the fabric of their lives. 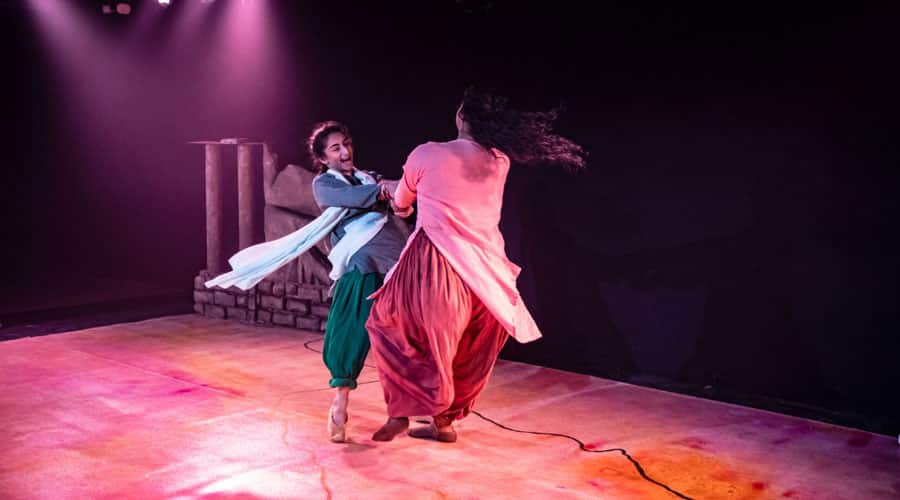 Written by Guleraana Mir and Afshan D’souza-Lodhi, Santi & Naz is told in a simple lyrical style with a wistful sense of something lost. Performed in English, it is peppered with words in Punjabi and allusions to Indian food and film – nimbu pani lemonade looms big in the girls’ lives – with Sarah Sayeed’s sound design and Sascha Gilmour’s set transporting us to the Indian subcontinent. Directed by Madelaine Moore, it is a funny and touching story of female friendship, with two charming performances by Rose-Marie Christian and Ashna Rabheru. The complex politics of Partition, and Indian and Pakistani independence, are becoming better known – Howard Brenton’s Drawing the Line at Hampstead Theatre told the story from the perspective of the men in charge – but this short play provides a rare glimpse of ordinary lives intersecting with history.

Running at Vault Festival in London to 2 February 2020.