The UK Premiere of Night Of The Living Dead Live based on George A Romero’s cult horror film will open at the Pleasance Theatre, London in April 2019. 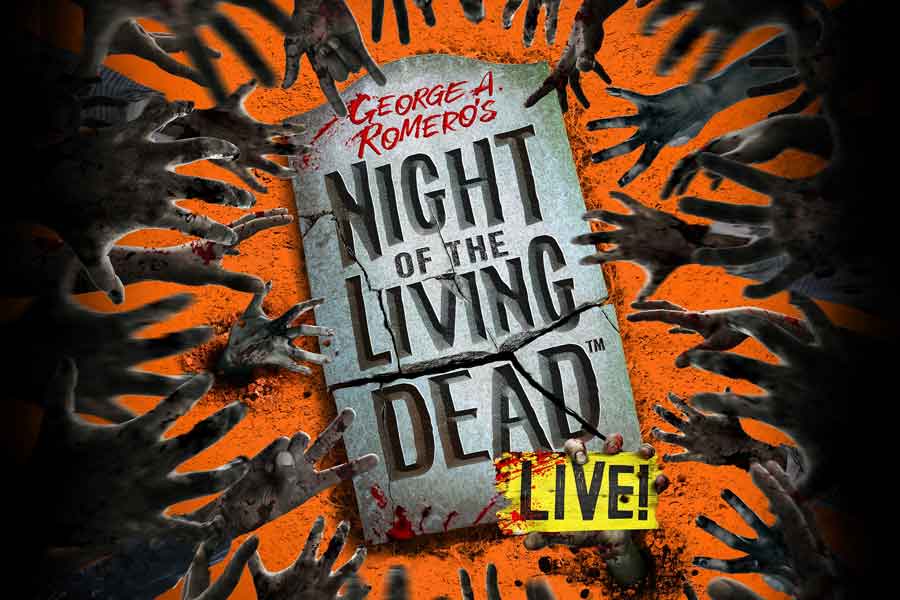 Six strangers, a lonely farmhouse, surrounded by brain-eating zombies – what could possibly go wrong? Who will make it out alive?

Directed by Benji Sperring (The Toxic Avenger: The Musical; Shock Treatment, Valley Of Song), Night of the Living Dead™ Live will pay homage to the cult monochrome classic, skirting the line between the horrific and the hysterical as it resurrects the original zombie masterpiece. Casting will be announced in due course.

Katy Lipson, Producer of Night of the Living Dead™ Live said: “At Aria Entertainment, we’re known for an eclectic mix of musicals and new writing productions, such as The Addams Family and The Toxic Avenger, and it gives me chills to now present Romero’s seminal work with the wonderful Ollie Rosenblatt from Senbla. I’ve always been a fan of the horror genre and I know just how much this show will delight fans of the original movie as well as a whole new generation of theatregoers. There will be all the iconic scenes from Night of the Living Dead along with unexpected new material culminating in a frightening and funny night out packed full of zombies, brains and buckets of blood. Expect laughs, screams and most of all, a lot of fun.”

Suzanne Desrocher-Romero, wife of the late director and Founder and Chair of The George A. Romero Foundation, said: “How super exciting that Night of the Living Dead will be staged in London. Romero loved London night and day and now London will enjoy Night! Stay Scared!”

Night of the Living Dead™ is widely regarded as one of the most iconic and influential releases of all time. Romero radically redefined the genre of the modern horror film and is commonly referred to as the father of the zombie genre with his influence still spawning countless zombie films and series as seen today. Now, more than 50 years on, the story of Night of the Living Dead™, remains as relevant as ever through its exploration of race, class division and America’s national identity.

Night of the Living Dead™ Live, based on the film by George A. Romero, is co-produced by award-winning producer Katy Lipson for Aria Entertainment and Ollie Rosenblatt for Senbla by special arrangement with Samuel French Ltd. It is written by Christopher Bond, Dale Boyer and Trevor Martin and created by Christopher Harrison and Phil Pattinson.

Night Of The Living Dead Live comes to the Pleasance Theatre, London from 9 April to 19 May 2019.

BOOK TICKETS TO NIGHT OF THE LIVING DEAD LIVE