The winners of this year’s Oliver Awards 2020 with Mastercard will be announced on Sunday 25 October in a special programme hosted by Jason Manford and broadcast on ITV and Magic Radio. 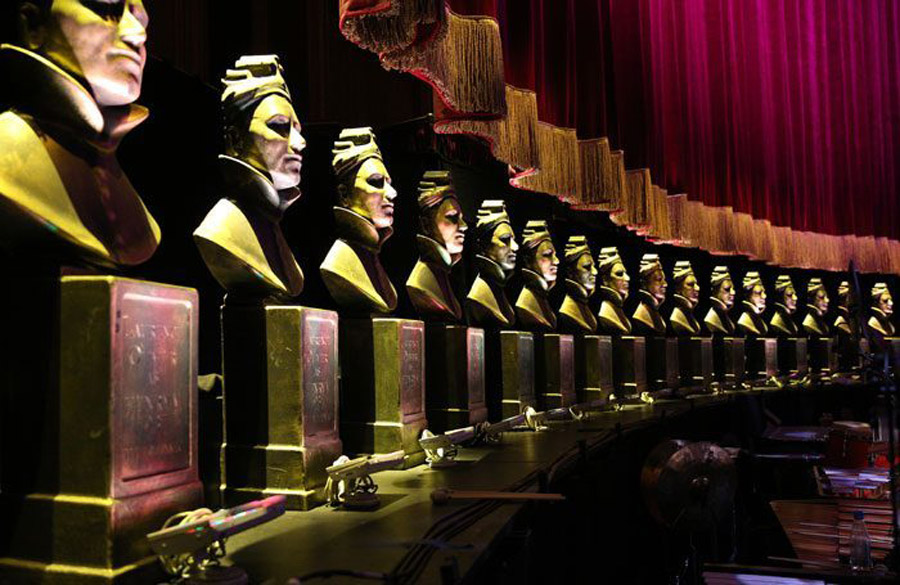 Following the cancellation, due to the pandemic, of the Olivier Awards 2020 ceremony in April, we are delighted to be able to reveal this year’s winners in an innovative format to celebrate our globally renowned artists, both on stage and behind the scenes.

The announcement of this year’s Olivier winners will be broadcast this Sunday 25 October at 10.20pm on ITV. The show will also feature performances from nominees Sam Tutty, star of Dear Evan Hansen, and Miriam-Teak Lee, star of & Juliet. Sunday evening is hosted by Jason Manford. Sharon D. Clarke will be performing and paying tribute to Don Black as he receives the Olivier Special Award for contribution to theatre.

The Olivier Awards show will be broadcast from different areas within the London Palladium and contain a mixture of the awards themselves, unique performances, interviews and some very special moments. Due to the ongoing situation, the majority of the show will be pre-filmed in the days leading up to the broadcasts. The main show will be broadcast on ITV, with additional awards being shown in a pre-show broadcast the same evening on Official London Theatre’s YouTube channel. Listeners will be able to tune in to a show highlighting the winners and key moments on Magic Radio from 8pm until 10pm on Monday 26 October, with extended coverage across the week on digital radio station Magic at the Musicals. More details of performances and guests will be announced nearer the date.

Julian Bird, Chief Executive of Society of London Theatre and Executive Producer of the Olivier Awards, said: “We are excited to be able to honour this year’s nominees and winners during a very difficult time for our industry and demonstrate the outstanding talent we have in our theatre sector in the UK. Coming together to celebrate their achievements feels more poignant now than ever before as we all fight collectively to save our theatre industry. I hope that everyone working in, or simply missing the theatre, will join us on the 25 October to celebrate last year’s achievements and remain hopeful for our future”.

Due to the minimal amount of new productions that have been able to open this year, we currently anticipate the next Olivier Awards ceremony taking place in April 2022. We will be announcing plans to celebrate the theatre industry in 2021 at a later date.

SOLT is establishing a group to carefully review criteria for the awards in future years to ensure all aspects of diversity and inclusion are considered. We would envisage announcing conclusions next Spring.

If you can’t recall all those Oliver Award Nominees 2020 we have them listed for you!