Ray Rackham delves back into the boxes of programmes and encyclopedic knowledge of musicals to bring you a celebration of the one and only Starlight Express which opened on 27 March 1984.

On this date, in 1984, the original West End production of Starlight Express opened at the Apollo Victoria Theatre where it ran for 7406 performances.

Ray notes “Although Starlight Express is considered the 7th longest-running musical in the West End, and the 9th longest West End piece of theatre overall, it is one of the few shows that was revised significantly during its time at the Apollo; and not considered a broken run.

The London production opened in 1984, which was followed by two significant openings of the show elsewhere; on Broadway in 1987 (at the Gershwin Theatre) and at a purpose-built ‘Starlight’ arena in Bochum, Germany in 1988 (where the show was a huge success and is still running). Trevor Nunn directed both the West End and Broadway productions, with Dion McHugh taking the helm in Bochum. Those subsequent productions gave the creative teams an opportunity to revisit the piece, and boy did they! Songs were moved or cut altogether, story-lines changes, new material added; so much so that from 1988 there were arguably three very different shows with the same title wowing audiences in three different countries.

In 1992 the London production was changed significantly, and incorporated changes made in both New York and Bochum. It was not considered a different show, but a continuation; hence Starlight’s place on the longest-running musicals list (it finally shuttered in 2002). Arlene Phillips, the show’s choreographer, quickly followed this up with a 90 minute abridged version for Las Vegas; and Bochum has continued to be changed over the intervening years. With Starlight in particular, there seems to be a lot of mileage in the old Broadway adage, ‘shows aren’t written, they’re rewritten’.”

Starlight Express was originally conceived as a piece for television by Andrew Lloyd Webber and Peter Reeves loosely based on Thomas The Tank Engine. Ironically Granada passed as they thought the story wouldn’t be a commercial hit outside the UK.

Starting work in 1981, Lloyd Webber asked Richard Stilgoe to help him put Starlight together as a concert for schools, as Joseph had been. After seeing two songs performed at the Sydmonton Festival, Trevor Nunn offered to help add the spectacle and theatre magic.

Things got interesting when Lloyd Webber, Stilgoe and Nunn developed the idea of trains racing with Arlene Phillips coming aboard to choreograph with the designer John Napier, who suggested the roller skates! 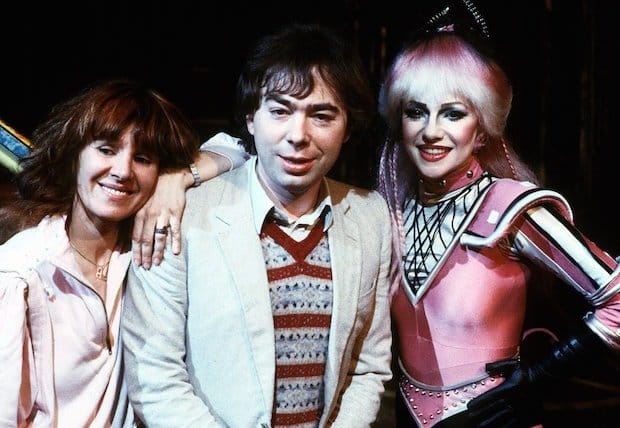 FIND OUT MORE ABOUT STARLIGHT EXPRESS