Sarah Day talks to West End actor Joshua St. Clair about the industry and being part of the original London production of Frozen. 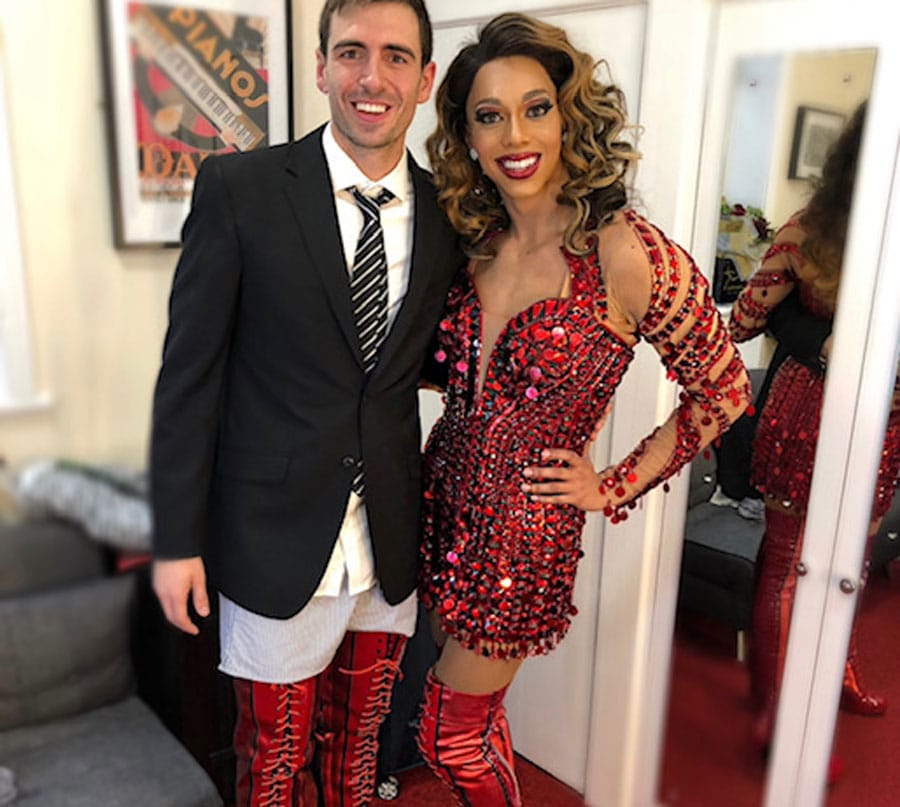 What was your first ever show that you did as a kid, and what was it that got you into the theatre world?
My first experience of being in a show was when I was 7, and I was a very smiley workhouse boy in a local Am Dram production of Oliver! And I instantly loved the buzz of being on a stage.

But way before that, I was introduced to lots of musical films from a very young age, including Oliver, as well classics like Mary Poppins and The Sound of Music. I think my favourite though was Bedknobs and Broomsticks. I would recreate the songs in my living room all the time!

Interestingly, and a lot of people say this, I don’t think I could ever have not gone into it, to be honest. I was pretty brainy in school, but I certainly didn’t have the passion for anything else.

Congratulations on being part of the original cast of ‘Frozen’ in the West End. Tell us about your audition process and what you are most looking forward to.
Thank you so much! I’m honestly so excited to be a part of it. Full Frozen cast list here.
The audition process was pretty lengthy. There were a lot of different rounds to the auditions, with a real mix of singing, acting plus dancing and partner work auditions too. I was so thrilled when the offer came in, as I do enjoy my Disney!

If I’m honest, I’m just looking forward to being on stage again! Obviously, there are many different elements to that, such as the fact it’s a new show in the West End with a real buzz about it; it’s going to be the first cast, so there’s all the excitement that goes along with that! Plus it’s in a brand new refurbed Drury Lane, which I’m told looks incredible. But mainly, just to be on a stage and do what I love to do again is what I’m most looking forward to. 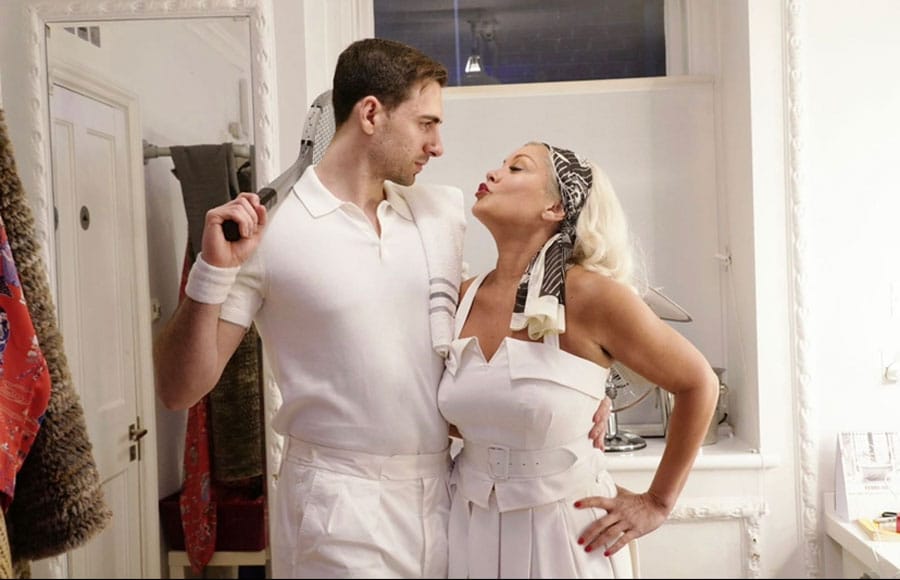 Why is theatre important to you?
It’s important to me mainly for the escapism aspect. I can’t count how many times I’ve gone to watch a show and just be fully engrossed in a world that’s been created in front of me. You are watching real people go through things in real-time, and I find that fascinating. Theatre draws you indifferently to any other art form I think.

What is your process when you get into character for a show?
For me, a lot of my prep is about relaxation. Finding relaxation and an ease in whatever character I’m playing. Obviously, this can be taken to different extremes depending on the personality of a character, but I like to think if I go on stage and feel comfortable, no matter who I’m playing, then an audience will feel comfortable watching if that makes any sense? 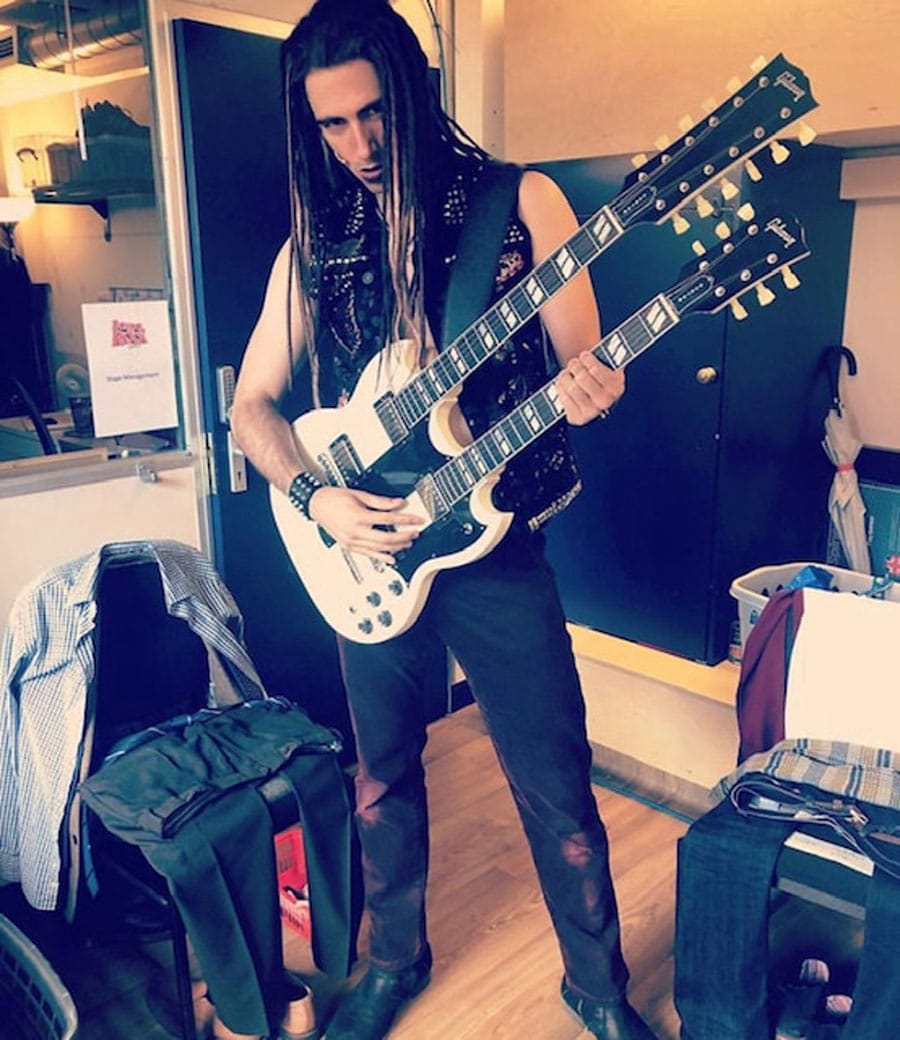 How have you been keeping creative during lockdown?
A mix of things really. A few teaching opportunities have come around which is always good fun, plus I do love a good sing-song when I’m alone in my flat. Literally, my neighbours must hate me, but it makes me feel good, its where I can just let it all out and it keeps the old voice ticking along whilst I’m not using it eight times a week.

Also, for a large chunk of last year, I was actually working for a Theatrical Production Company as an assistant and very much seeing the other side of how things work. Not only interesting, but I now feel like I have a better understanding of the industry because of it.

What inspired you to begin your vlog ‘From Shabby to Pabbie: A fitness journey’?
So for the role of Pabbie in ‘Frozen,’ let’s just say I’m in a pretty exposing costume! I knew I wanted to get in really good shape for the role, so that when the time came I could go on to stage feeling really confident about myself, in front a few thousand people watching I might add! And off the back of that, I just thought it could be a bit of fun to film the journey of trying to get into great shape. I was totally new to blogging, and my editing skills were certainly questionable, but it definitely kept me creative for the last third or so of last year.

I’m on a bit of filming hiatus at the moment, due to everything being locked down. It would literally just be videos of me sitting on my sofa eating toast, and I don’t think anyone particularly wants to watch that! I hope to restart it when I have a bit more clarity on what’s happening with the show.

Tell us about one of your best/funniest memories on stage?

I’d say going on for Charlie in Kinky Boots on the UK Tour, where I was the understudy, will always bring some of my fondest memories. It’s such a mammoth role, but so fun when you’re feeling up to it. In terms of the funniest/most horrifying, I would have to say playing Charlie at the Birmingham Hippodrome, and dropping one of the famous red boots during ‘Everybody Say Yeah’ into the Orchestra Pit, in front of 2,000 people! Mortifying!

What three things can we always find in your dressing room? I.e Lucky charms…things that help you on stage…blue m&ms..
I’m terrible, my dressing room space is usually such a mess! If I was to say what you’d typically find, it would be a cup of coffee, a big bottle of water and probably some form of snack! I’m such a sucker for chocolate! I’m also not overly superstitious when it comes to lucky charms and rituals.

Oh, that’s tricky! Maybe something like ‘The Coffee Addict,’ because I drink way too much of the stuff and I usually have a strong opinion on whether I think it’s decent or not!

I mean currently, my life show would be called something like ‘What’s left in the fridge?!’

What advice would you give to all the new graduates?
First of all, welcome! Congratulations on getting through training during this most crazy time! And secondly, I know it doesn’t seem like it now, but please know you have joined the most exciting and rewarding industry you could ever work in. Things will get better, and when they do, you’ll soon see why we all love it and are so lucky to be a part of it.