Casting has been announced for the RSC’s stage adaptation of Hilary Mantel’s The Mirror and the Light at the Gielgud Theatre, London.

The third and final novel in the Wolf Hall trilogy – The Mirror and the Light has been adapted for the West End stage by Dame Hilary Mantel and Ben Miles. Jeremy Herrin, who was nominated for an Olivier Award, a Tony Award and won the Evening Standard Award for the first two productions, returns to direct. The world premiere will run at the Gielgud Theatre from Thursday 23rd September for a strictly limited season until Sunday 28th November, with an Opening Night on Wednesday 6th October 2022. The Mirror and the Light tickets are on sale now.

As previously announced Ben Miles will return to his role as Cromwell to complete the trilogy. Nathaniel Parker joins him, resuming his Olivier Award-winning and Tony Award-nominated role as Henry VIII. The full cast of 23 will be the biggest yet in the series, with 13 actors announced today, five of whom – Miles, Parker, Nicholas Boulton (Duke of Suffolk), Matt Pidgeon (Stephen Gardiner) and Giles Taylor (Archbishop Cranmer) – return to their roles in the earlier plays.

The play is the concluding chapter of Mantel’s multi-award-winning novels about the rise and fall of Thomas Cromwell, all commissioned and developed for the stage by Playful Productions. The acclaimed Wolf Hall and Bring Up the Bodies were hailed as landmark and must-see theatrical events and sold out their London runs in 2014 after premiering at the Royal Shakespeare Company’s Swan Theatre, Stratford-upon-Avon. 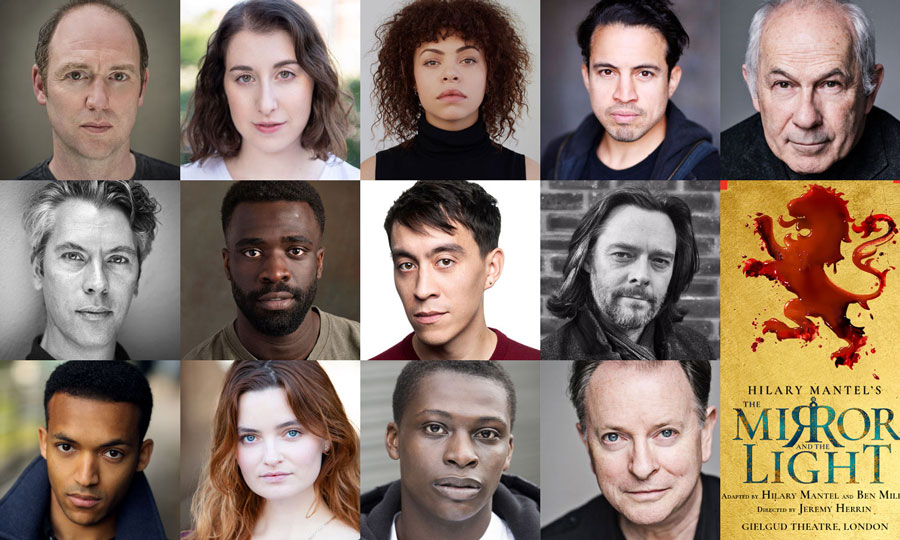 The trilogy charts the riveting rise and fall of Thomas Cromwell in the ruthless court of Henry VIII.

England, 1536. Anne Boleyn’s fate has been sealed by the executioner. Jane Seymour must deliver King Henry a healthy heir. And to the disgust of Henry’s nobles, Thomas Cromwell continues his ruthless ascent from the gutters of Putney to the highest rank beside his master. But Cromwell is vulnerable and his enemies are poised to strike.

The further you climb, the harder you fall.

The production features scenic and costume design by Christopher Oram who won both Olivier and Tony Awards for his work on Wolf Hall and Bring Up the Bodies, lighting design by Jessica Hung Han Yun, music by Stephen Warbeck and sound design by Nick Powell.

BOOK THE MIRROR AND THE LIGHT TICKETS