International drag collective Sink The Pink are teaming up with London’s Pleasance Theatre to create How To Catch A Krampus, a super scary Christmas show that is strictly for adults. 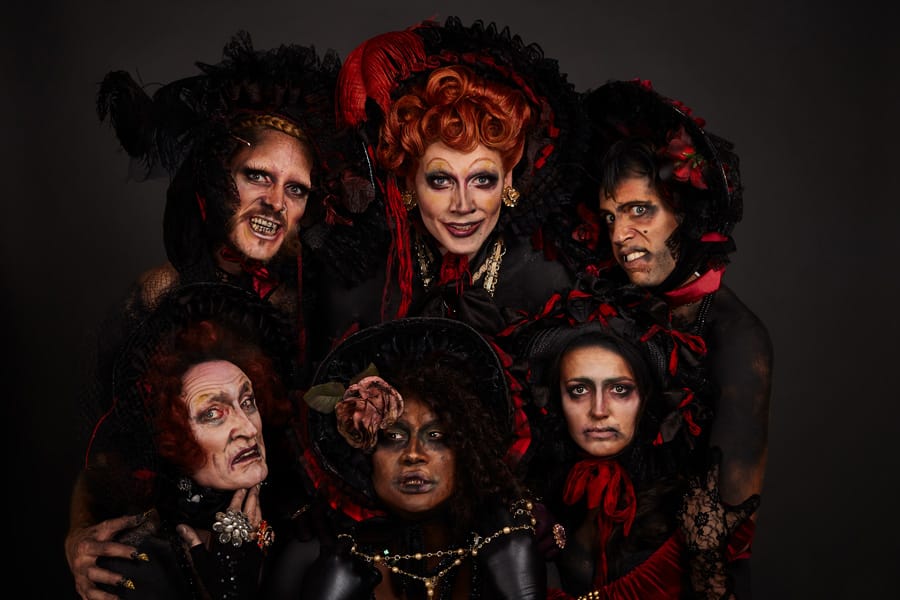 Deck the halls with boughs of horror as Sink The Pink present a true alternative to the traditional Christmas production. Based on the Victorian melodrama and the myth of the Krampus (a horned eastern European Christmas beast with the head of a goat and long hideous claws) How To Catch A Krampus is set to scare.

The story follows the scandalous exploits of a part-time spirit medium/full-time con-artist. Her shadowy life takes an even darker turn when her made-up magic suddenly starts to get results. When faced with certain death and growing suspicion from everyone around her, can she catch the Krampus and save her own skin in the process?

Inspired by London’s bawdy and dangerous theatrical past and a love of classic British Horror – think Sweeney Todd meets the Wicker Man – How To Catch A Krampus is a Christmas story that’s strictly for grown-ups, promising a truly terrifying night at the theatre.

How To Catch A Krampus is written and directed by Ginger Johnson, with a specially commissioned spine-tingling score, performed live each night by muiscal director Sarah Bodalbhai and sound designer Alicia Turner, as well as ‘added deception’ from award-winning magician Tom Cassani.

Glyn Fussell, co-founder of Sink The Pink says “We’re thrilled to be bringing this show to a theatre as it’s always been a dream of Sink The Pink’s. This production will be unlike anything we’ve done before. Following reactions to early workshops of the show, producers of have arranged for first aiders to be present at every performance, should audience members become unwell. Hang onto your wigs!”

HOW TO CATCH A KRAMPUS TICKETS