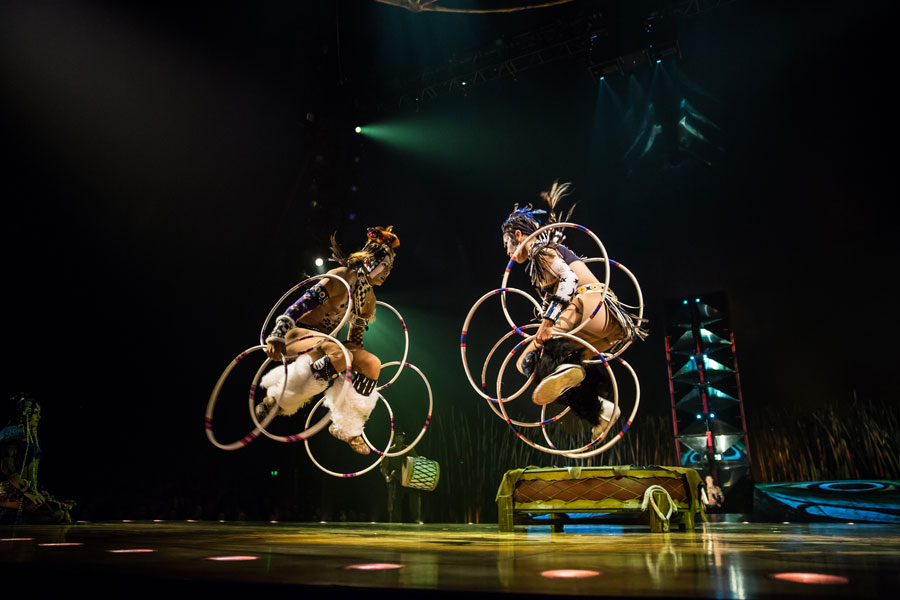 The Cirque Du Soleil Production Company has a long and illustrious history that began in 1982 with a troupe of street performers. This embryonic beginning has evolved to the vast organization required of a performance with the artistic depth of Totem. The current season is being housed in the magnificence of The Royal Albert Hall, whose creators could never have imagined the wonders of the advanced technology used today.

Every Cirque du Soleil production is a breathtaking fusion of visual arts, music and circus skills and Totem embraces them all in abundance. 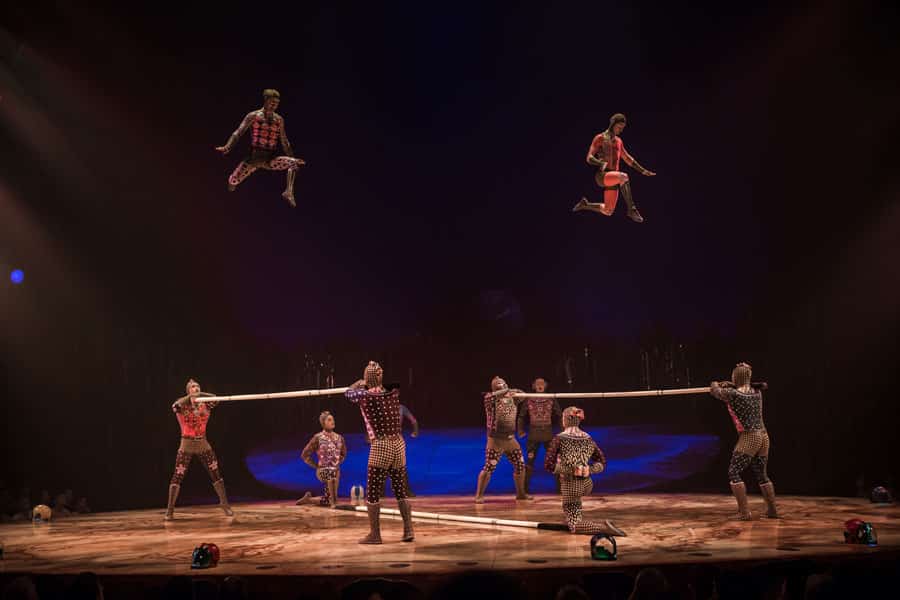 A totem is a symbolic representation of a quality or concept. Within Totem the central theme is the evolution of man and so the journey begins as the essence of man crawls like a baby out of the ooze to stand and reach beyond the known boundaries.

In all there are fourteen segments encapsulating the evolution of the species. Every segment is a blaze of colour in costuming, visual arts and lighting and every segment is pocketful of emerging delights. The opening act of the second half is set against the passion and rhythms of flamenco and a virtuosic display of diabolo whilst the opening of the first act thrilled with a feast of effects and some stunningly dangerous gymnastic bar work.

There are two segments featuring love. The first is young love on a trapeze. In Attraction there are flirtatious permutations in an aerial pas de deux which require a wealth of trust and is breathtaking to watch. The second on love is a dynamic pair on roller skates with lightning fast spins to represent an ‘…extraordinary love that knows no bounds.’ 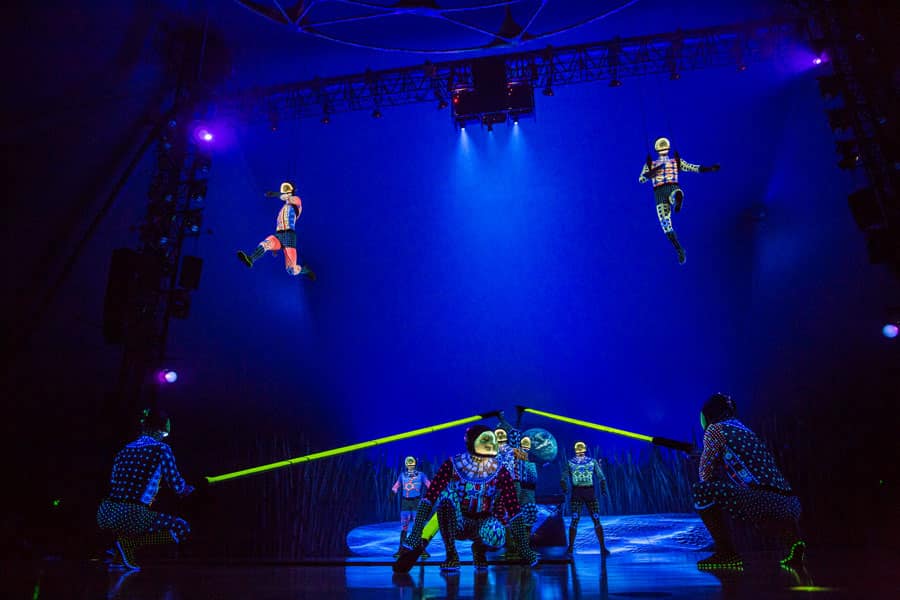 Thematically the show is designed around Aboriginal themes and lore from many world cultures.

It is heard in the music that is composed, arranged and recorded by Marc Lessard and Guy Dubuc and performed live by an accomplished ensemble of artists.  The drum is one of the oldest instruments and is found in some form in all ancient civilizations. Not surprisingly drums are a major feature of the score.

A blend of world cultures is also seen in the design of the costumes, set and projections, all creatively shining in bursts of light. There are many layers to each design brief that together create moments of stunning beauty to support each segment. Every costume is an individual work of art and designer Kym Barrett has produced a dazzling array of an outstanding 750 costume pieces. The set is all a marvel of engineering and functionality. The use of the projections is highly sophisticated and effective. 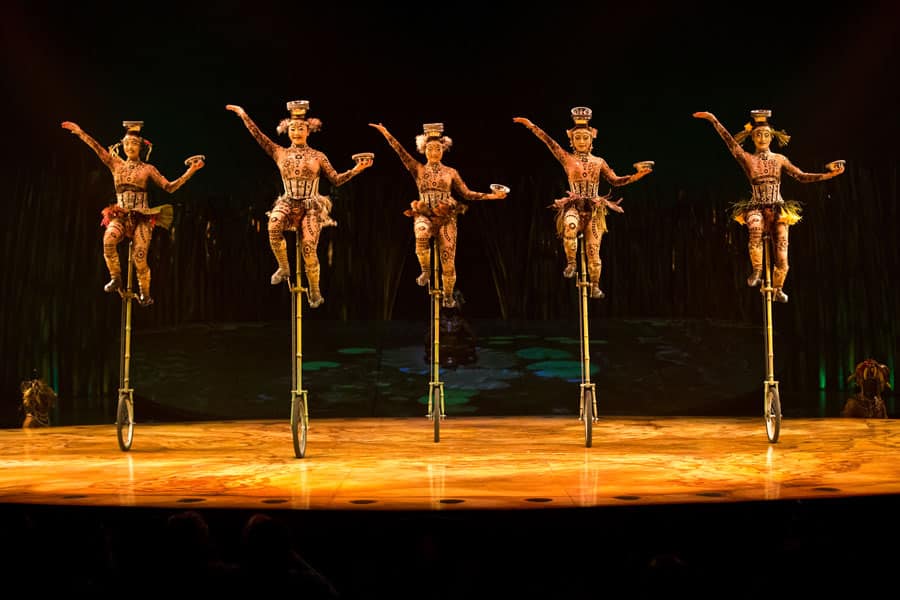 Then of course Cirque du Soleil with all of its excellence in design and creation would not be the force it is without the performers who have spent lifetimes honing their skills to thrill audiences with feats of such strength and beauty that it fills the soul.

In a show of this size the attention to every little detail is amazing and it is this that sets Totem  by Cirque Du Soleil at the pinnacle of its genre.

Find out more about Cirque Du Soleil’s next show Toruk