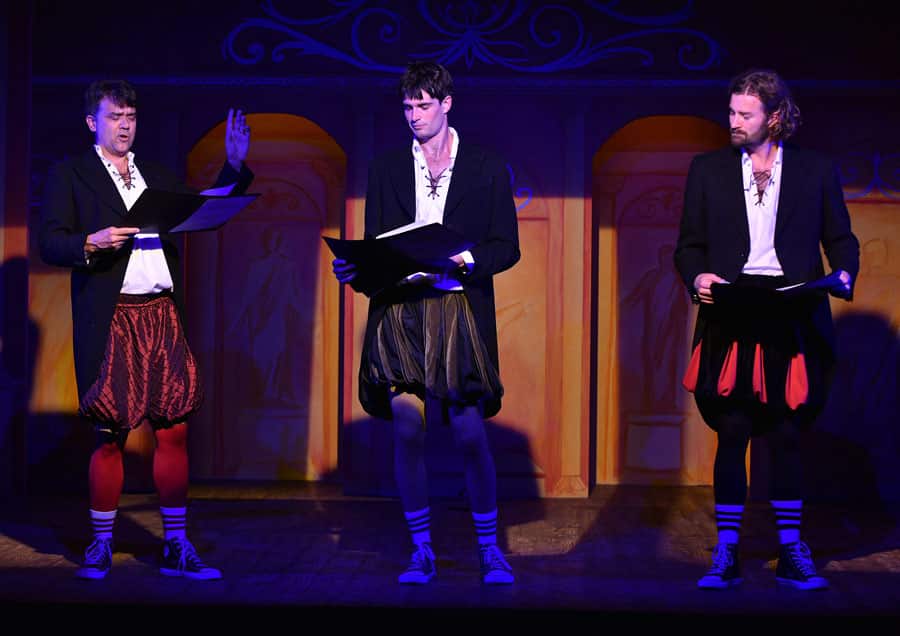 One of the biggest West End comedy hits, this show, originally created by the Reduced Shakespeare Company, presents all 38 plays in 98 minutes plus 154 sonnets to boot! It still has plenty of life and laughs and is staged here in a fast-paced, slick and hilarious production that had the audience in fits of laughter throughout.

The three performers work seamlessly together with fast pace and tremendous slapstick. William Meredith is William, loosely the head of this ensemble, and from the opening “announcements” he superbly sets the tone of the evening. Will Bridges is… Will, the pre-eminent Shakespeare scholar, who, by being pre and not eminent, displays his ignorance of the Bard with confidence, and Tom Gabriel is Tom, the young, over-enthusiastic Google searching actor who completely misunderstands almost all of the works of Shakespeare. 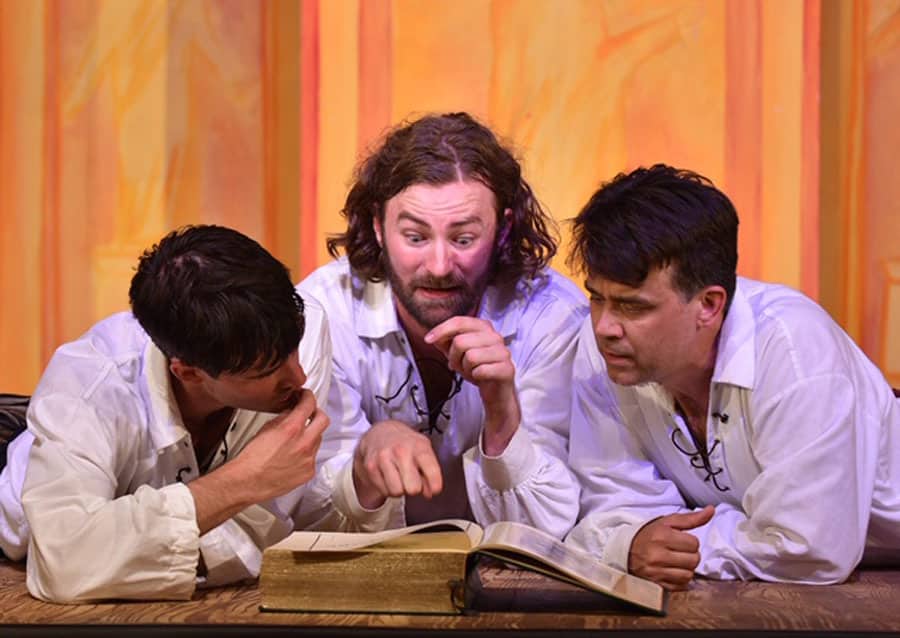 They are so finely tuned that not one of them stands out, yet their individual characters shine through. Matt Rippy’s direction is inventive and spot on- where else in Shakespeare can a battery-operated toy Godzilla with glowing eyes and a roar steal the show? The first half is frantic, with wonderful audience engagement, and the second half is given over totally to Hamlet. The interval perhaps slowed the pace down a bit, as the cast had to work a little harder to get the audience back, but some great audience participation had the theatre cheering with delight, and, to top it all, they then encore the play by performing it faster, even faster, and then backwards! 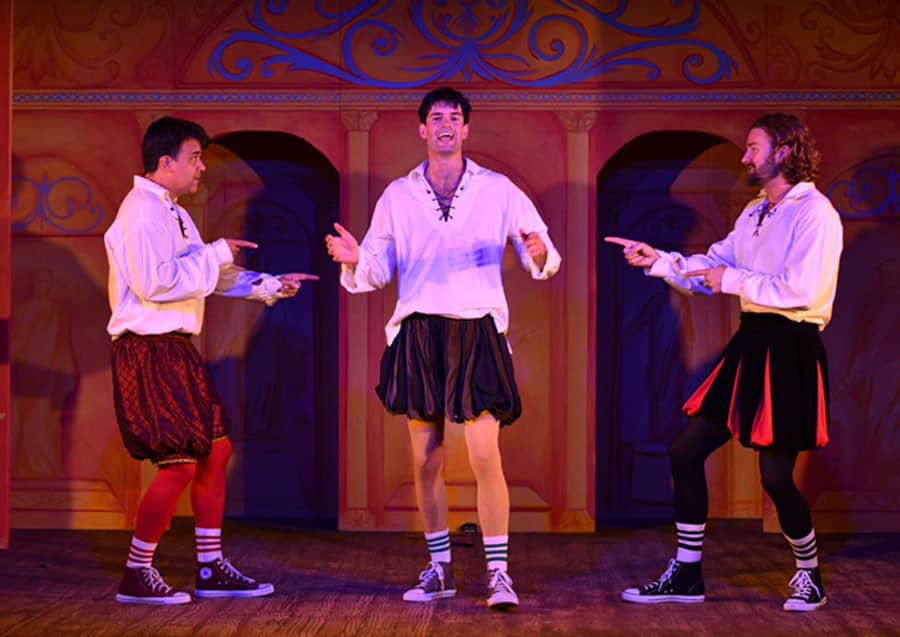 Full credit to the entire team for bringing a production full of joy to the stage, and this is a show for all the family, it really is Shakespeare like you have never seen or heard him before! Never mind get thee to a nunnery, get thee to Frinton Summer theatre this week and treat yourself to a great night out!