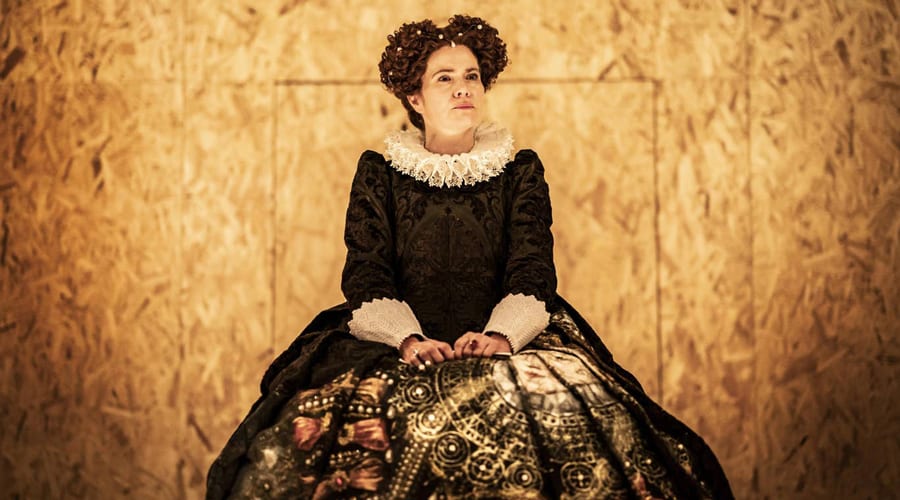 On the eve of a hotly contested and viciously fought general election, we settle into the warm rubic cube of the Sam Wanamaker playhouse; the chunky stage of gilded chipboard, an apt metaphor for Elizabeth I as a monarch. Swive is a dynamic new play written by Ella Hickson and directed by Natalie Abrahami charting the meteoric ascent of the Sun Queen from her fractious youth to political dominance as the most celebrated ruler of this sceptred isle. Four actors multi-role lead by Nina Cassells as the Princess transforming into Abigail Cruttenden as the mature Queen supported by Michael Gould and Colin Tierney as a series of male threats, love interests, confidants and counsellors. 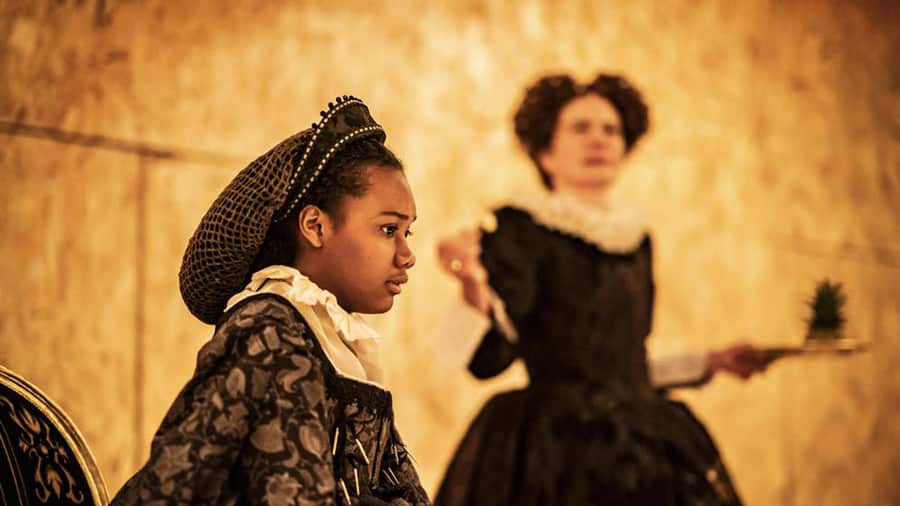 The play begins with direct address, appropriate for the space-inspired to recreate the experience an Elizabethan audience would have enjoyed whilst hearing a play, but as Cruttenden points out ironically this is “all an illusion,” as the space is only five years old. The prologue sets the tone for the sardonic and blunt female voice given to the Queen as she fights off the threat of alternative regents and marriage proposals that would weaken her absolutism. Hickson’s portrait of the Queen is one who begins anxious and afraid, desperately dependent on the solace of her religion, then a woman who wields power through her intelligence and sexuality to manipulate and control. Cassells delivers a breathless depiction as the Princess; she is innocent and wide-eyed but there are flashes of steel, betraying the transformation to come. Cruttenden capitalises on being able to perform this legendary figure and gives a powerhouse performance as a woman confident in her wiles, believing her own mythologies and deposing every perceived threat with verve and wit. She revels in the attention and  Elizabeth’s firebrand femininity exerts a real sense of showmanship as if we, the audience, are the courtiers invited to watch her shine. 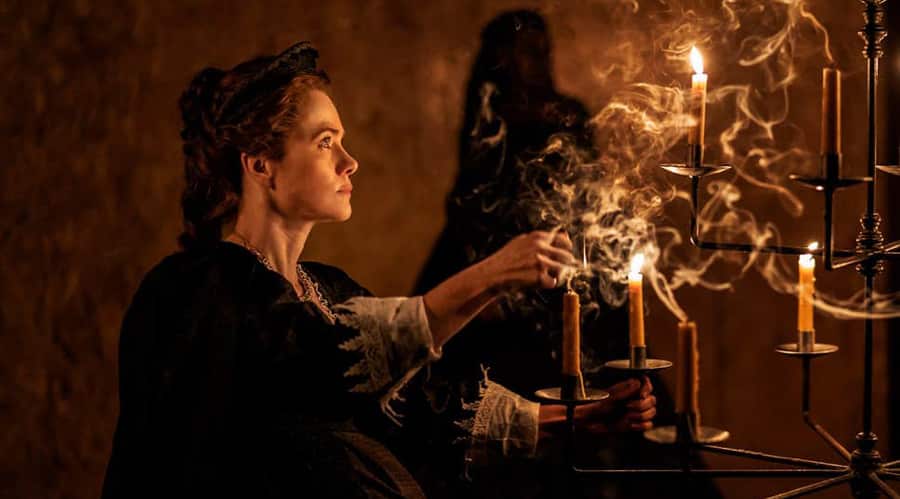 There are genuine tender moments including the flirtation of Elizabeth and Tierney as Robert Dudley. The chemistry between them is electric and it is heartrendingly human watching her wrestle and crush the desire for love and companionship in favour of duty. There are many astute comments from all the characters that are as relevant today as they were 450 years ago. The way the women in the piece vie and compete with each other for male attention and therefore influence seems sadly relevant as does Elizabeth’s fixation on Knox’s musings that “newer is better,” until she herself is no longer “new.” There is amusing work from Cassells as a hapless Washerwoman who pithily reduces the divine right to rule and the significance of the crown to “it’s just hats really.” Also noting that as determined by their headgear “priests and witches get treated very differently.” It is also worth mentioning Angus McRae’s atmospheric music that compliments the action beautifully, especially the warm timbre of Maddie Crutter’s cello that gives us the sensation that we are all in the resonating hollow of the instrument. 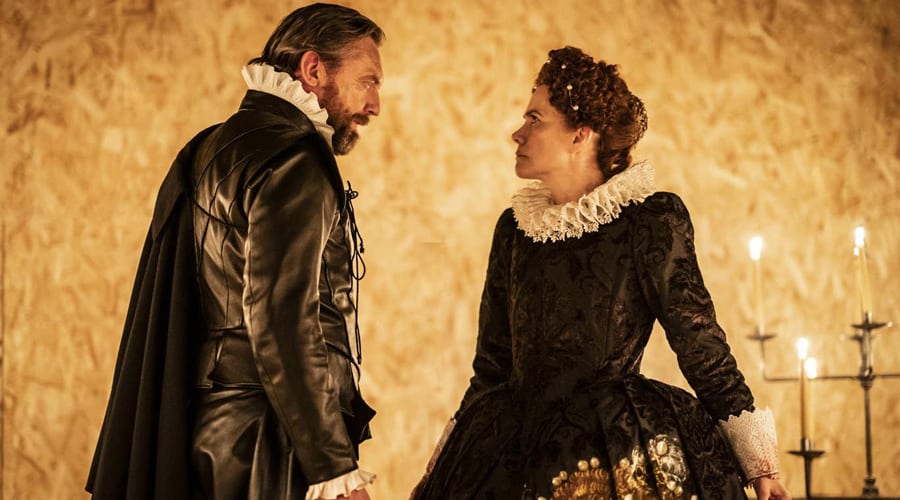 Swive is a proudly feminist play and a fantastic vehicle for Cruttenden to put in a stellar performance. I have no doubt, monologues and duologues from the text will work their way into Drama School auditions and courses as well they should. Sometimes the action can feel a little static but I imagine this decision was intentional on Abrahami’s part to capture the intimacy and suffocation of the inner workings of the court. It is a finely constructed piece of theatre and fitting tribute to a monarch who was never openly celebrated in the words of the immortal bard.