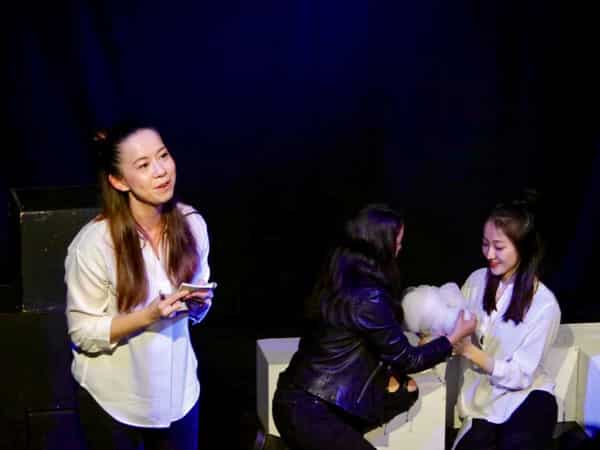 Theresa May once claimed that if you are a citizen of the world, you are a citizen of nowhere. Of course, she was championing nationalism, but it also sums up the experiences of many people living outside the country where they or their parents were born. In Qianqian Chen’s ambitious new play, Safety Net, the Chinese, American and Thai characters feel so detached from their cultural roots that they no longer know where they belong. For one of them, a Chinese-born woman living in New York City, the confusion is so strong that, in her mind, she splits into two: traditional family-oriented Chinese girl Jing and fun-loving citizen of the world, Jenny.

With a dream-like, disorienting structure, the play exposes Jing/Jenny’s inner mind as she struggles with having to return to China to marry her fiancé, Tian, after several years away. In New York, there is the attraction of Eric, a Chinese-American who grew up in the USA and hates to be called “Chinese” – but still questions his identity and sometimes goes by the more Chinese name of Ray. And then there is Jing’s crazy friend, Trada, who is from Thailand but is in love with an Italian. These tensions are neatly reflected by Joy Huang’s set design of black and white boxes in ever-changing combinations. 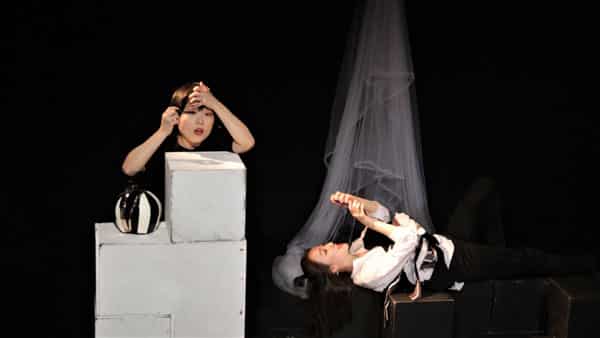 Key to this sense of dislocation is language, and Chen and director Peizhi Zeng have decided to include a few scenes in Chinese, such as Jing’s conversations with her fiancé and mother back in China, without simultaneous translation such as surtitles. The audience are given an English translation of these scenes as they arrive, but this text makes little sense until after you have seen the show. As someone who speaks neither Mandarin nor Cantonese Chinese, I sat enjoying the sound of the language with little idea of what was going on although, reading through the translation afterwards, I missed no major plot points apart from one key scene towards the end. This bilingualism reflects the reality of people’s lives but it also adds to the sense that we are glimpsing inside Jing’s troubled mind as she wrestles with who she is. 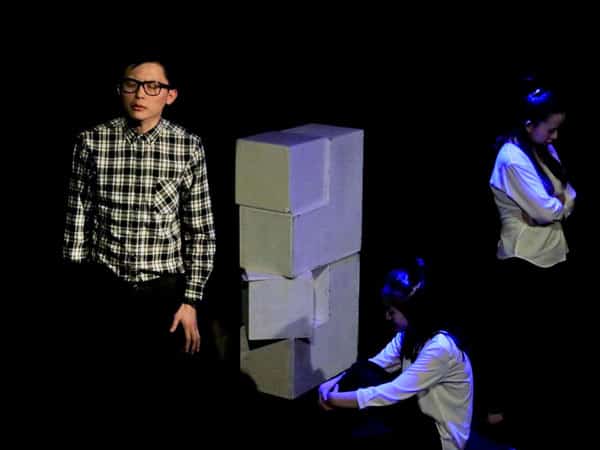 While this approach left me baffled at times, that was not the case for the largely bilingual audience of people who spoke both Chinese and English (although Jenny’s use of Cantonese added another level of incomprehension for anyone who understands only Mandarin). London has a huge population of Chinese speakers, increasingly boosted year on year by students and City employees, so the biggest surprise should be how rarely we hear Chinese spoken on Britain’s stages.

Siqi Han and Lilian Tsang lead a five-strong cast of East Asian actors, with Molly Thoma playing Eric/Ray to add to the show’s probing of identity. Hui Chen is charming and funny as party girl Trada while Robin Khor Yong Kuan is excellent as Tian. For a non-Chinese speaker, the use of untranslated Mandarin and Cantonese adds to the challenges of the play, which often edges into an abstract and poetic style, but this production is a credit to arts group Reallusion Theatre in its mission to produce works for Asian communities around the world.