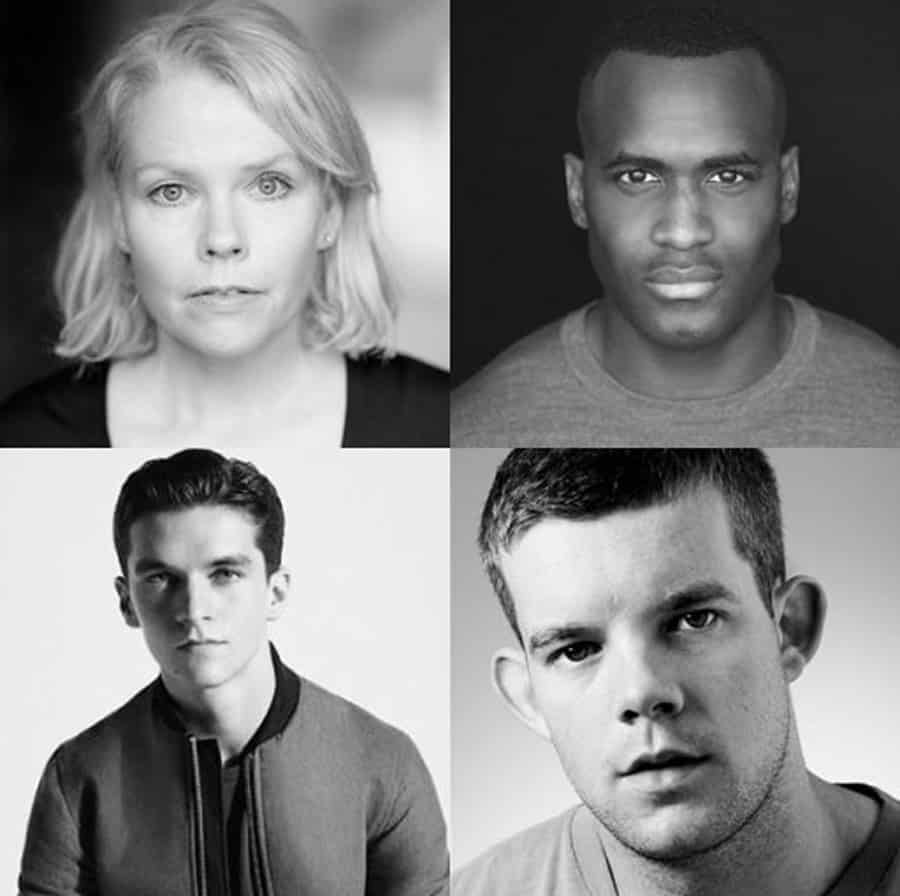 In the first set of monologues curated by Mark Gatiss under the banner of Queers at the Old Vic, we were given insights into the gay lives of three men and a woman over the past century as they sought happiness against the odds. In the second set, we go down the pub to meet four more people who each show us other aspects of being gay over the past seven decades, with several again finding unexpected pleasures in spite of society’s disapproval and hate.

In The Safest Spot in Town, Fredrick tells us how he became part of the hedonistic bohemian world of Bloomsbury and Soho before World War Two after arriving from the West Indies. Keith Jarrett’s monologue gives us a glimpse of the underground world of London where gay men could have some semblance of freedom and dance together in the jazz hangouts such as the legendary Shim Sham Club. Sat in a pub, like all the characters in this second quartet, Kadiff Kirwan is wickedly funny as Fredrick, playfully telling us of his exploits in the build-up to the Blitz.

We have a fresh perspective in Missing Alice in another beautifully crafted monologue, written by Jon Bradfield. We see gay experience during the 1940s and 1950s through the eyes of Alice who discovers she has become the respectable cover for her husband’s affairs with men. Sara Crowe is poignant and very funny, presenting us with a woman who appears sweet and demure but has an inner steeliness that allows her to survive.

Brian Fillis’s More Anger takes us back 30 years to the time when Brookside and EastEnders introduced out gay characters and film makers were beginning to respond to HIV. Russell Tovey brilliantly plays Phil, an actor who has been typecast in gay roles, most of which mean his character rarely makes it to the end of the script. He reminds us of the evolution of stereotypical gay storylines in the 1980s and 1990s, from tragic Aids-related deaths through to coming out. The funniest of the monologues, More Anger makes us laugh out loud but catches us unawares with its passion and anger.

Another landmark in gay history features in Michael Dennis’s funny and touching A Grand Day Out. Teenager Andrew from Nottingham joins demonstrators outside Parliament on the day in 1994 when MPs voted to lower the age of consent to 18 but stepped back from dropping it to 16 in line with heterosexuals. Like Phil, he is angry but, as in many of the other monologues in the Queers programme, he manages to find reasons to be cheerful despite disappointment and discrimination. Fionn Whitehead is excellent as a young man tentatively exploring his identity as the inequalities of the previous decades continue to crumble. Safe in the knowledge that the age of consent was lowered to 16 seven years later, we are again reminded of the joys of being gay even when the law was against it.

Read our review of Queers Part One