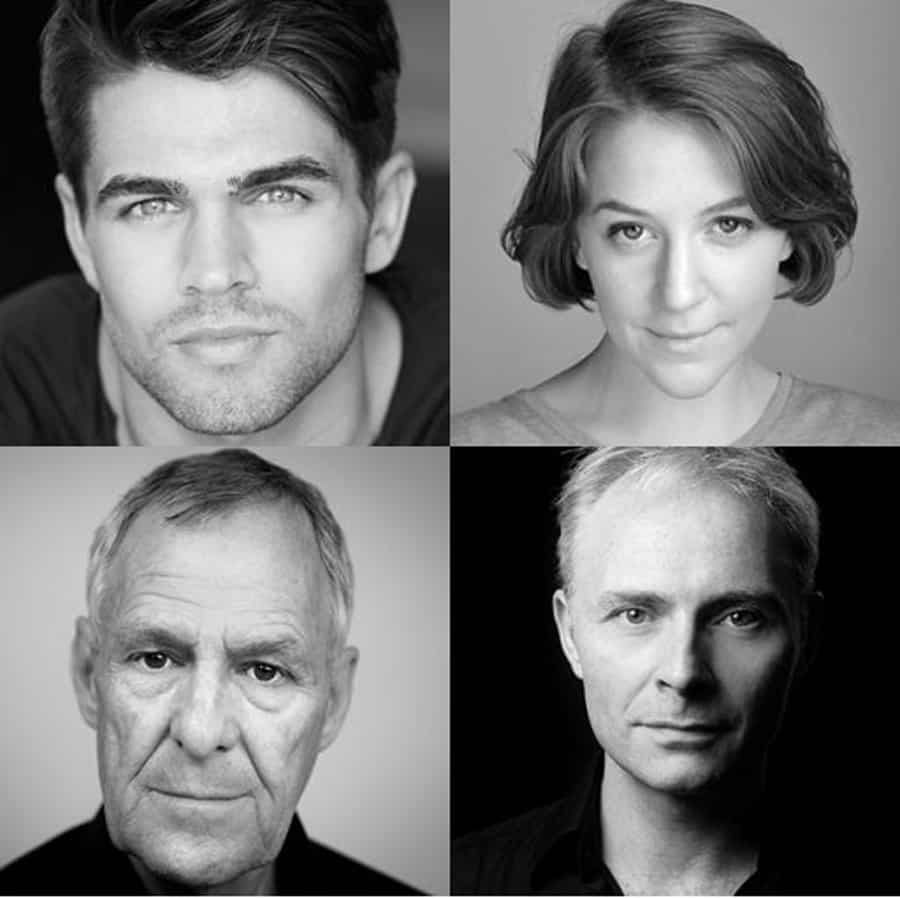 Everything has changed over the past 100 years for gay men and women, but in some respects some things remain the same. In the four monologues that make up the first part of Queers at the Old Vic, we hear the stories of three men and one woman from 1917 to the present day and, while homosexuality became legal in England and Wales 50 years ago and gay people can now get married, there is much from the past that continues to resonate with us today.

In The Man on the Platform by Mark Gatiss, young soldier Percy tells us of his friendship with a handsome blond captain in his regiment during World War One. Full of sensuous descriptions of sounds, aromas and colours, it beautifully captures the feelings of love and desire of any young person even though, in Percy’s case, this would lead to prison if acted upon. Set in 1917, the monologue still reminds us of the risks he faces, referencing the fate of Oscar Wilde only two decades earlier, but it also highlights the joy of spotting that “certain liquidity of the eye” in a fellow gay man. Jack Derges is understated and touching as Percy, with a hopeful twinkle in his eye despite the impossibility of having a relationship with the man he loves.

We get even more of a sense of the fun side of gay lives in Jackie Clune’s The Perfect Gentleman, where cockney girl Ellen Mary Page tells of the freedom and pleasures of living her life as Bobby Page in 1927. With nostalgic joy, she looks back to her childhood, dressing up in her dad’s clothes and discovering her feelings for women, and her later discovery of how wonderful it felt to assume a male identity in public. Recalling male impersonator Vesta Tilley, famous for her music hall performances of Burlington Bertie, Gemma Whelan is fantastic as Bobby, dressed in full dinner jacket and bow tie. Like Percy, she doesn’t mope over the impossibility of marrying someone she loves but looks ahead at the possibilities that her resourcefulness has opened up.

In Matthew Baldwin’s I Miss the War, the fun of illicit affairs is something that West End tailor Jackie fears will be lost when, in 1967, he looks back on his life in light of the new Sexual Offences Act that decriminalised homosexuality. He makes his life as a gay guardsman and rent boy in the 1940s sound a hoot at a time when gay men passed through society “like eels”, bumping into each other and then slithering away. While many were scared and desperate for kindness, Jackie found happiness in a life where “I knew exactly where I stood”. Regularly dipping into the then-secret gay slang of polari, the monologue is beautifully written and packed with hilarious one liners, with a fantabulosa performance by Ian Gelder.

Bringing us forward to the present day, Something Borrowed by Gareth McLean presents us with Stephen who is taking full advantage of the liberalisation of the law by marrying his American boyfriend. Unlike Percy, Bobby and Jackie, he is able to spend his life with someone of the same sex but this freedom comes with its own challenges. Anxious about public displays of affection with his fiancé, he tells us of the anguish he felt growing up gay, suffering bullying at school, especially due to the messages sent out by Section 28 which banned the “promotion” of homosexuality. As he nervously practises his wedding speech, Stephen is still struggling to find his way in a world where gay men and women can have the fairytale ending they heard about as children. Taking us on the rollercoaster of Stephen’s pre-wedding emotions, Mark Bonnar gives a strong performance that is touching and full of humour.

With these first four monologues, Queers highlights the difficulties facing gay men and women before decriminalisation 50 years ago but, instead of giving us sad tales of suffering, they are more of a celebration of how people found happiness in spite of the bigotry they faced. Directed by Mark Gatiss and Joe Murphy, they are poignant and funny but, most of all, they are stories of hope and survival.

Queers Part 2 is at the Old Vic on Monday July 31, 2017. TV versions of all eight monologues will be broadcast on BBC4 from 9pm nightly from July 31 to August 3.