Ray Rackham reviews Stephen Laughton’s play One Jewish Boy which has now transferred to Trafalgar Studios 2 where it plays until  4 April 2020. 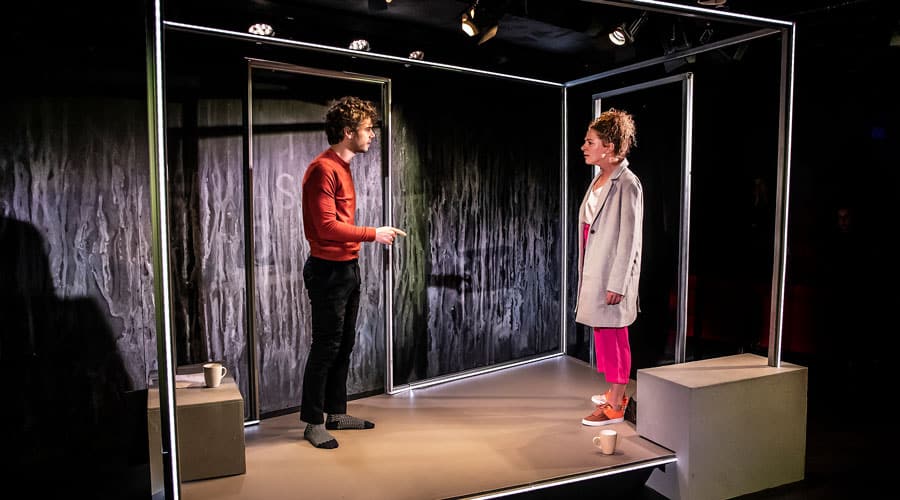 One Jewish Boy, playwright Stephen Laughton’s London Fringe hit has transferred to the West End and explores the key moments over a ten-year relationship between a Jewish man and a non-Jewish, mixed heritage woman. In a well-conceived toying with chronology and narrative, this non-linear play jumps forward and returns back to various moments in the relationship, and has much to celebrate. Sadly, however, its many virtues do not quite mask some fundamental flaws. 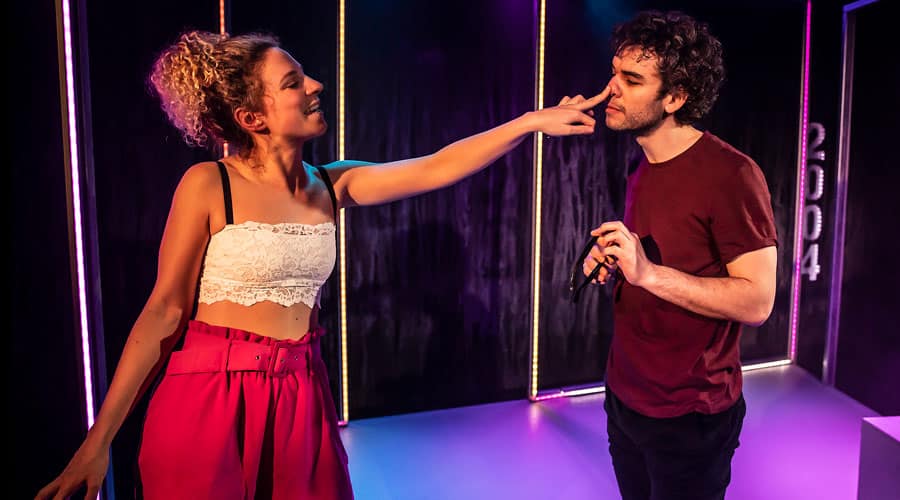 Jesse, a nice Jewish boy from Highgate (Robert Neumark-Jones in a dazzling and animated performance) and Alex (Asha Reid simultaneously assured and yet delightfully vulnerable) are struggling to fashion a relationship, the stresses of everyday life, and eventual parenthood when the ugly roar of antisemitism invades their otherwise safe lives. Written as an urgent response to the very real and very global increase in antisemitism, One Jewish Boy is centred and grounded by an attack on Jesse which (whilst we do not see in full the physical world) is metaphorically woven into the tapestry of the play, from what is both said and not said and then through appealing physical movement and staging. There’s meticulously concise direction from Sarah Meadows, which keeps this two-hander moving at speed, and a very on-trend set and light design by Georgia de Grey and Jack Weir; each going a long way to showcasing the beauty of simplicity and an elegance of form. Visually, the piece is relevant and feels very urgent, urban and coherent. There is certainly no doubting the pedigree of those behind the scenes. 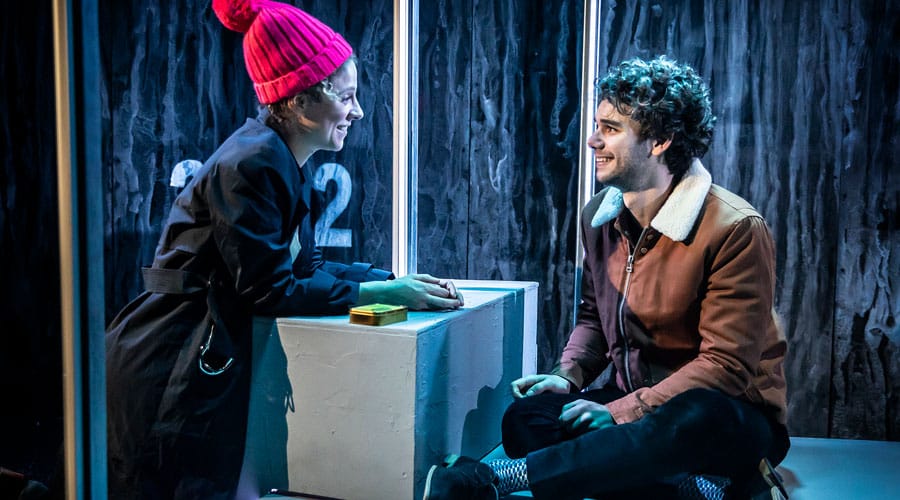 Laughton’s play itself, however, has issues. The play opens with two people arguing, and returns to an argument of various sorts in almost every scene thereafter, with too few moments of anything else. The result veers too close in creating an audience apathy toward each character, despite how genuinely hard both actors work to make them likeable. In exploring the paranoia that has consumed Neumark-Jones’ Jesse; sustained by a previous antisemitic attack; there are indeed moments of true interest and power. In writing him as such a binary orator, however, there is little pause to consider before the two are arguing again. This doesn’t work in the intimacy of the Trafalgar 2, and at points, an audience could be forgiven for thinking that they’ve mistakenly stumbled upon an awkward bust-up between a couple they recognise, but hardly know. In moments of lightness, the piece remains relatively safe: “I’m obsessed with Rightmove, it’s like tinder for married people”, remarks one of the duo, whilst at another point, it is noted that someone flat-sharing may have character, but would lack their “own bathroom”. This particular tweeness sits diametrically opposed to the anger and vitriol of the majority of the play; so much so that it seems disjointed and purposeless. 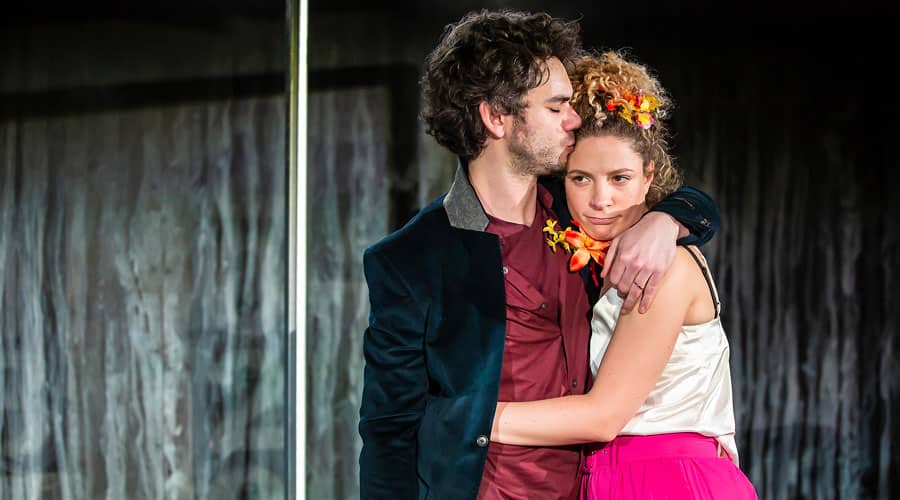 There is no denying the play packs a very emotional punch and is expertly crafted by a talented creative and design team, and beautifully performed by two fine actors; but in making it so much about the now, and at points venturing toward soap opera, Laughton hasn’t thought enough of its future. It is, ultimately, a good play that should be seen.

BOOK TICKETS FOR ONE JEWISH BOY