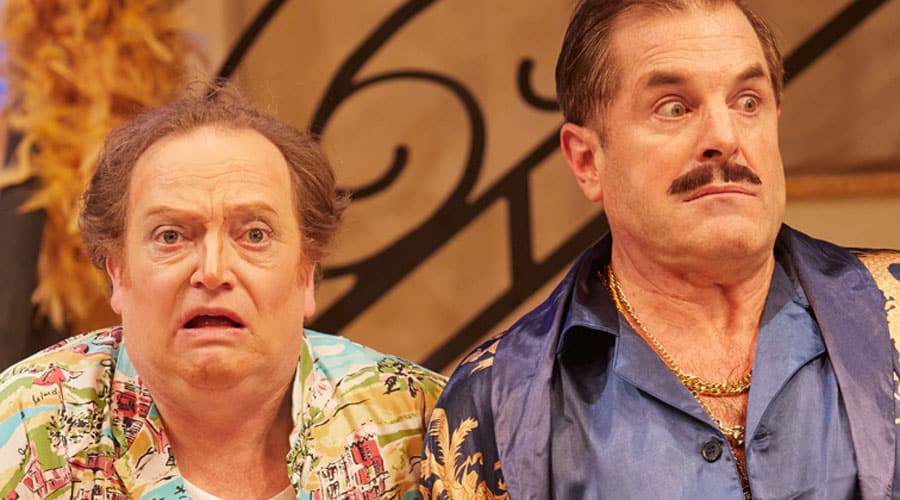 Simon Callow’s adaptation of the well worn French farce, La Cage Aux Folles, opened at the Park Theatre to a rapturous reception and much laughter. The adaptation of Jean Poiret’s farce is one in a long line, including four films and the Tony award-winning, Jerry Herman, musical of the same name; and frankly, the most important question of the night is whether this new version has anything new to say? 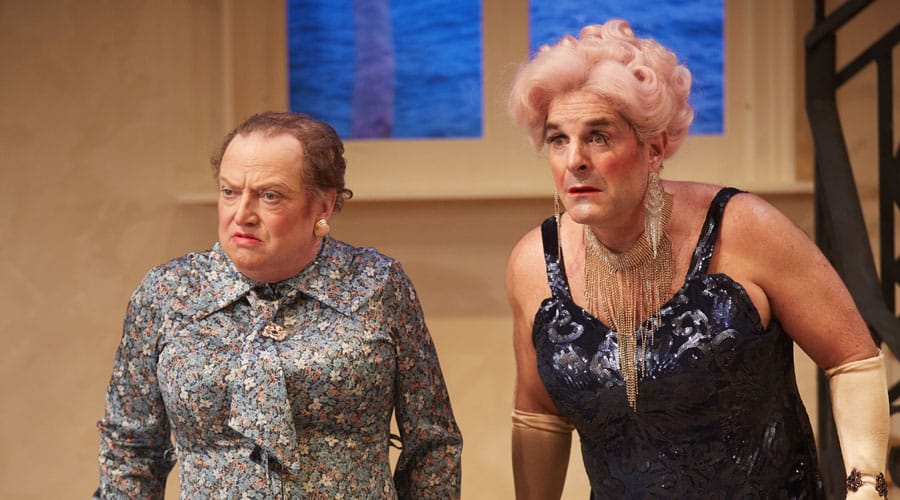 The plot remains in the main very faithful to its original source. Nightclub owner Georges and his dazzling drag artiste partner Albin create the most spectacular drag shows in St. Tropez. But when Georges’ son Laurent announces his engagement to the daughter of a right-wing Christian Democrat, determined to bring the curtain down on the town’s vibrant nightlife, the real performance begins. Michael Matus and Paul Hunter are utterly charming as Georges and Albin, with Hunter’s meticulously quirky delivery of the funnier lines being a real audience pleaser. They lead a uniformly impressive cast of first-rate comedic actors, who make up an array of increasingly exaggerated characters; and whilst it might seem ungracious to single anyone out, Syrus Lowe’s Jacob and Peter Straker’s Tabaro were triumphant in their very different celebrations of camp. Louise Bangay’s Madame Priedieu (the wife of said Christian Democrat) was a very funny cross between Marine Le Pen and Margaret Thatcher, and the new adaptation does much to ensure this character is as singularly unforgiving as her politician spouse. 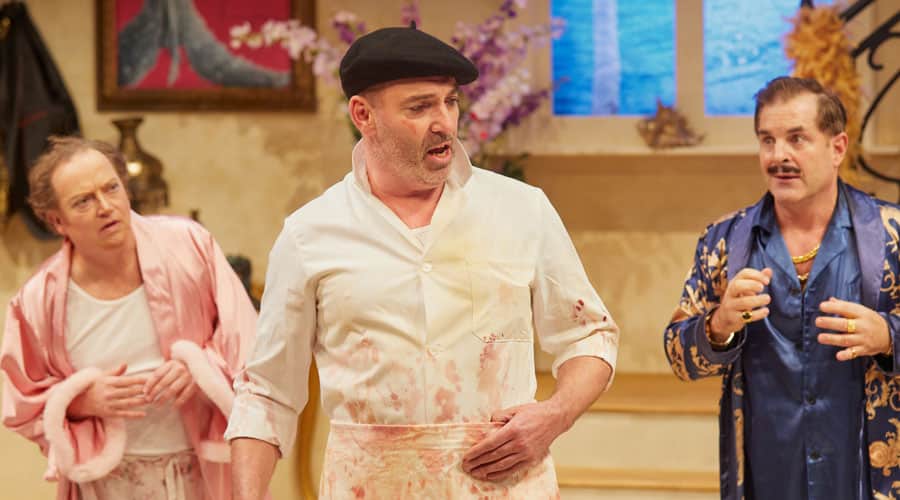 Tim Shortall’s set exudes tones of beige and sepia, with the gold trim of the era that evokes a faint yearning for pineapple on a stick. In equal measures of gauche and chic it captures the era in such a way as to celebrate the period; and is hugely effective in its monastic switch-around in Act Two. Rick Fisher’s resplendent lighting design coats the proceedings with a blush and bashful hue; and whilst Shortall’s costumes are inventive, they ironically come into their own in Act Two when Albin’s drag becomes more conservative and the stakes become heightened. Richard Mawbey provides a variety of serviceable character wigs that give more than a nod to Are You Being Served? 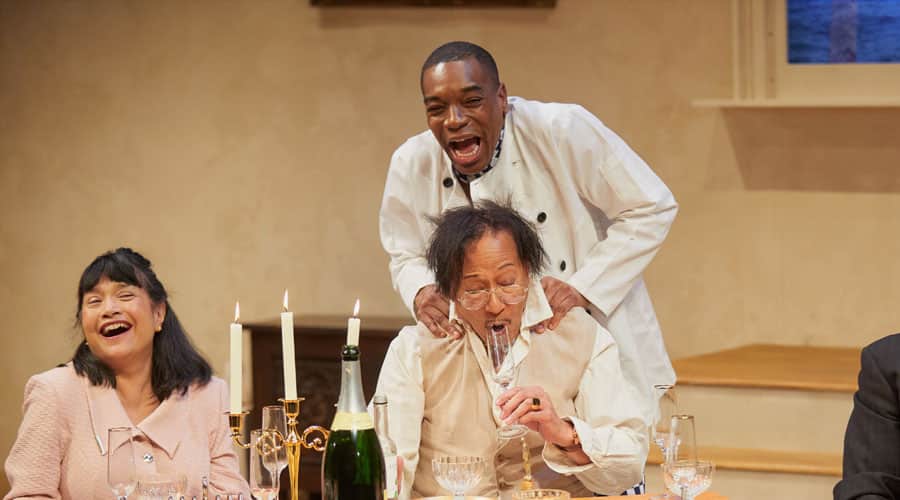 Callow makes it clear that he wishes to not present this latest version as a fifty-year-old museum piece, but rather a living, breathing comedy of errors which just happens to be set fifty years ago. But the result seems somewhat self-aware and all too well-meaning, giving the play a dated air as soon as it starts. Jez Bond’s direction is mainly mannered, but disjointed with an unruly breaking of the fourth wall, and one can’t help but feel short-changed by both a new translation and direction that each feel safer than the original would have been in the early seventies. All of the elements are most certainly here, they just don’t really appear to be harmoniously trying to achieve the same absurdly funny denouement; and of genuinely funny moments, there pervades at least a sense of deja vu from the previous films and musical; however brilliantly played in the present by the fine ensemble of actors on stage.