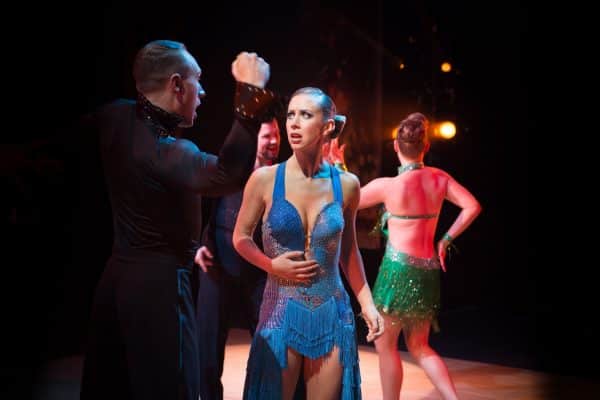 A co-production by the Queen’s Theatre Hornchurch and the New Wolsey, Amanda Whittington’s play is set at the shrine of Ballroom Dancing, the Winter Gardens at Blackpool and the National Amateur Championships. We follow three couples, reigning champions Lee and Samantha, eager hopefuls Justin and Jodie and the new partnership of Luka and Nancy. They, like at the real event, change into their glamorous clothes at the edges of the dance floor, but they have brought more baggage than just their sequinned garments. Samantha, grieving for her mother, cannot dance without swigs of vodka from her water bottle, Justin and Jodie are drowning in debt and Luka have been brought over from Russia by Nancy ’s domineering Dad, Mick. 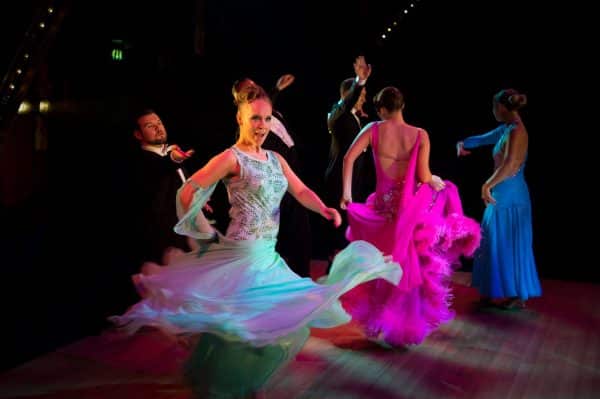 I have loved Whittington’s previous plays, especially The Thrill of Love and Be My Baby because they were strong on characterisation. In a surprisingly flat first performance at the New Wolsey, the characters seemed two dimensional, and revelations felt shoe horned in to provide some sort of a climax. It doesn’t help that one couple is eliminated at the quarter finals, Mick deliberately scuppers his daughter’s chances of winning- a move I found confusing- and our “winners” come third, surely not enough of a reason to turn pro and downsize their house? I felt we weren’t led to a climax where the couples had to dance off against each other and I didn’t have underdogs to root for. The muted response from the audience, especially after a slow first half, may have been for this reason. 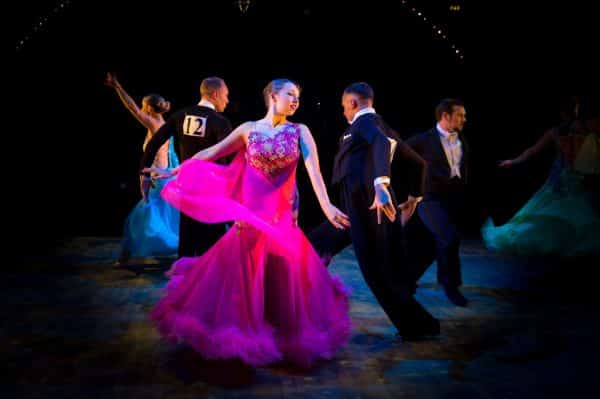 Written in 2016, it’s also a surprisingly old fashioned text; especially when same sex couples on Strictly is a hot topic at the moment. Luka, (Adrian Klein, whose Russian accent was tricky to understand in places), is clearly gay, and so is Lee, (excellent Joshua Lay), yet the word gay is never spoken and it’s still presented as a secret, created to provide a conclusion to the play. Jodie and Samantha were friends as girls, but I didn’t see enough of this former friendship, and the competitive element could have been ramped up much more. Vicki Lee Taylor is strong as Jodie, spending money while debts pile up, making clear that dancing is an escape from reality, and David Birch’s Justin is big on enthusiasm and a little over the top. 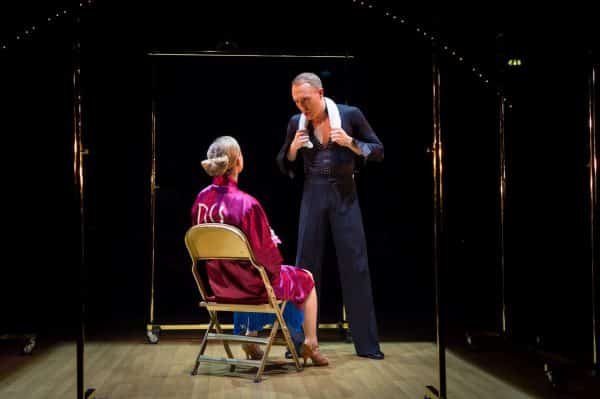 The star is the dancing, with excellent choreography by Lucie Pankhurst that also incorporates the crew and scene changes, and the production moves so well. It was also good to see local community dancers involved. However, staged in the round, some of the actors were inaudible in places, and the show had many a miss-step along with the quickstep.

Until March 23rd at the New Wolsey, then at Theatre Clwyd

BOOK TICKETS FOR KISS ME QUICKSTEP AT THEATR CLWYD

BOOK TICKETS FOR KISS ME QUICKSTEP AT THEATR CLWYD

Please click here to continue to the New Wolsey Theatre  >>>