Mark Ludmon reviews Faustus: That Damned Woman at the Lyric Hammersmith presented by Headlong as part of a UK Tour 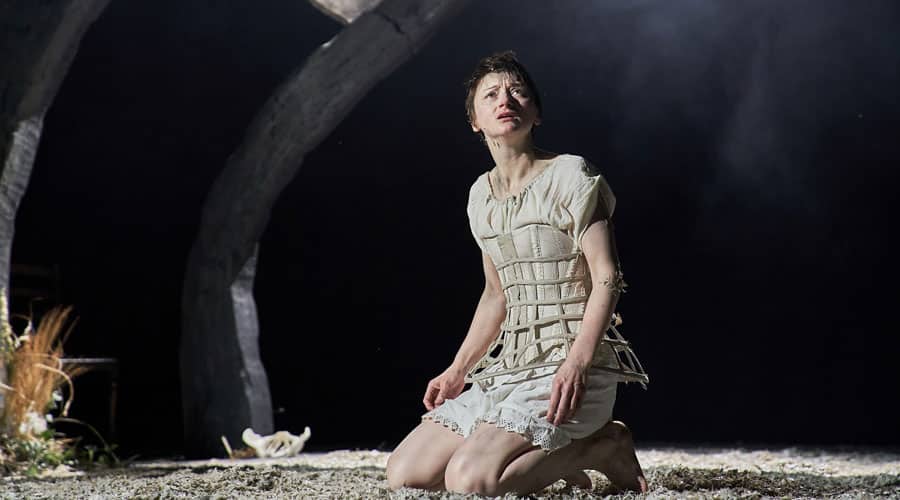 The Faust myth has fascinated writers for more than 400 years, inspiring two classics of Western theatre by Christopher Marlowe and Goethe. But this story of a man selling his soul to the devil in return for knowledge and fame has always been just that: a story of a man. Jocelyn Jee Esien played Doctor Faustus at the Sam Wanamaker Playhouse a year ago but, despite a few changes, it remained Marlowe’s text. Chris Bush has now created a female-led spin on the myth in Faustus: That Damned Woman, using it to explore how women navigate power within a patriarchal system. 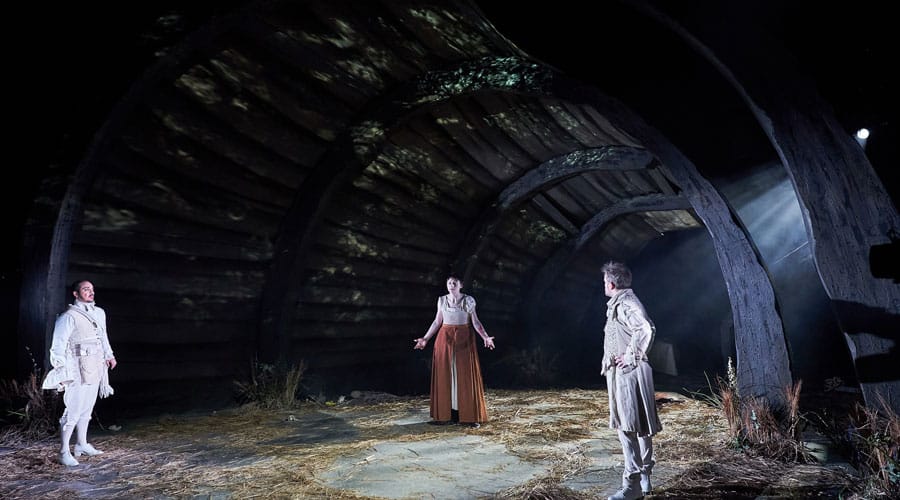 With a ruggedly lyrical style, the writing echoes and counterpoints Marlowe’s original play but Bush takes the story in exciting new directions. The protagonist is a smart young herbalist, Johanna Faustus, in 17th-century London who seeks a pact with the devil not just for knowledge but because she feels it is the least-worst option open to her as a woman wanting control over her life. She is very different from the traditional image of the ambitious doctor. While your average male satanist spouts tired old Latin doggerel, she has more success shouting, “Come out, come out wherever you are”. While Marlowe’s Faustus ends up wasting his powers on playing pranks on popes and emperors, Johanna sets out to defy the devil by doing good, resolving to change the world by tackling sickness and death. 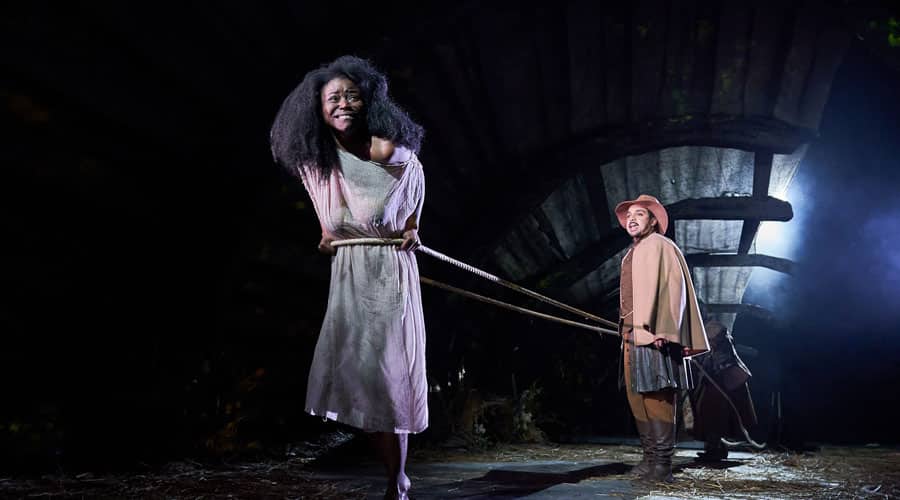 Jodie McNee is magnificent as Johanna, determined that “no man shall stand dominion over me” – not even the devil. She reduces Satan’s right-hand man, Mephistopheles, to little more than her assistant as she goes on her physical and personal journey to understand women’s potential. Danny Lee Wynter is amusingly foppish as her diabolical companion, part of a strong ensemble cast playing multiple parts. 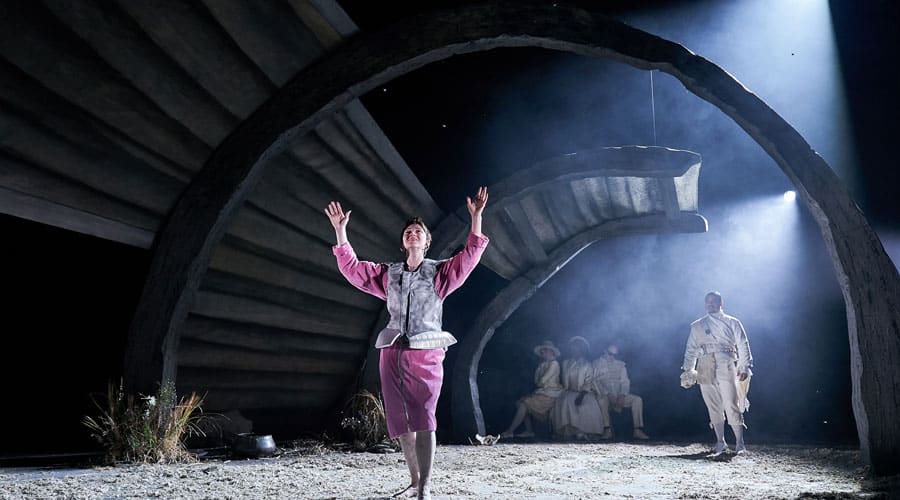 Directed by Caroline Byrne with movement direction by Shelley Maxwell, the show is lively and engaging, peppered with humour alongside a darker, more ominous tone heightened by Giles Thomas’ brooding sound design and music. Ana Inés Jabares-Pita’s over-arching set provides a visually striking backdrop to the story – a canvas for Richard Howell’s shifting lighting and Ian William Galloway’s video design as Johanna embarks on her magical travels. It all results in an entertaining, lucid piece of storytelling which offers no clear solutions but bursts with ideas and speculation.

Faustus: That Damned Woman runs at Lyric Hammersmith to 22 February 2020 and then on tour in collaboration with Headlong.