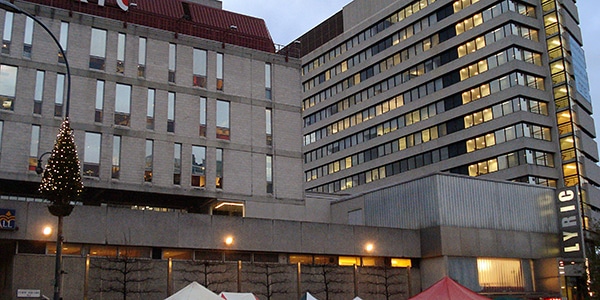 The Lyric Theatre was built in 1895 for use as an Opera House.

In 1966 the theatre was forced to close and scheduled for demolition, but a vocal public campaign meant that instead of total annihilation, the theatre care carefully dismantled and reassembled in its current location (just a short way down the road from its original site) with an added 120-seat black-box studio space to accompany the main 550-seat auditorium. The Queen reopened the Lyric in 1979.

In 2004 the building underwent further redevelopment, which included workshop spaces.

In its current incarnation, the Lyric presents 1000 performances a year. These are split into 5 strands. Coupled with the performances in the Main House and Studio are Music and Comedy, Children’s Theatre performances, and the theatre’s own Young Company. This company includes lessons, workshops, work development, Open Mic nights, and performance opportunities.

Get social with Lyric Hammersmith:

Otherwise, please click here to continue to the Lyric Hammersmith...
x
Send this to a friend