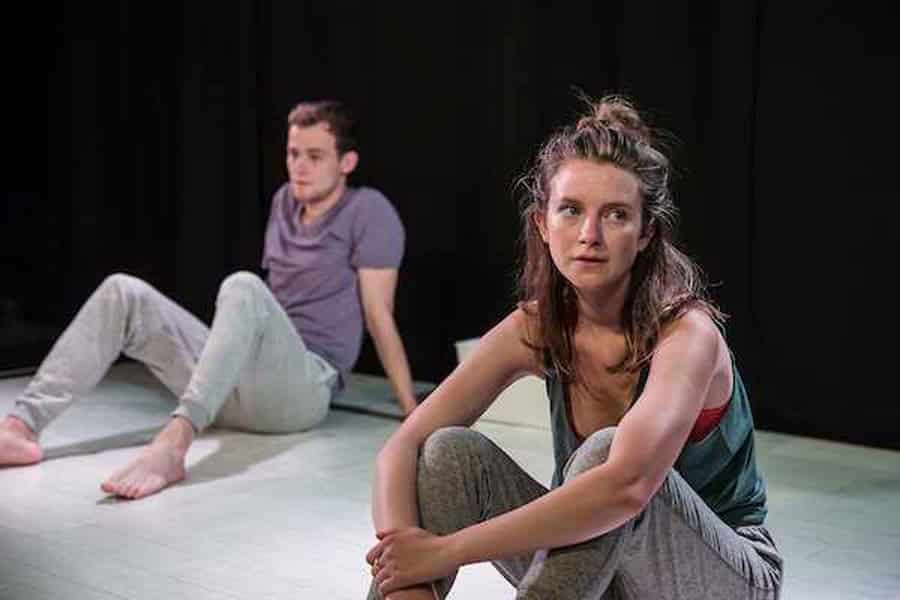 A few minutes into Milly Thomas’s new play, Brutal Cessation, you realise there is something not quite right with the apparently happy young couple we’re watching as they laugh about the latest film they’ve been watching. By the end, you are left dazed and shaken, assaulted by an unsettling glimpse into a relationship that is dark, violent and highly dysfunctional.

It is a dizzying, disorienting drama that teeters on the edge of absurdism. The unnamed young couple repeat and replay conversations, setting each other challenges which become increasingly infused with tension and threats of violence despite their apparently light-hearted demeanours. Their game-playing feels like some kind of purgatory, trapped in a relationship that has outlived any real love or affection.

Thomas’s dialogue and Bethany Pitts’s direction are frenetic and taut, making it almost as exhausting for the audience as it must be for the actors. Lydia Larson and Alan Mahon are excellent, not missing a beat as they shoot round the tiny stage, firing off sparks at each other like flint striking steel. The smallness of the space inside The Box makes it unsettlingly intimate as we watch the couple going through their ritualistic gameplay.  The role-switching throws up insights into how language and threatening behaviour are affected by gender, leading up to a striking, stand-out scene with a watermelon and a claw hammer.

Despite the intensity of the piece, it is peppered with a dark wit which, judging my Thomas’s other Fringe play, Dust, is a trademark of her writing. Brutal Cessation is indeed brutal in its look at dysfunctional relationships and violence although, as we exit the claustrophobia of this full-on experience, you can’t help feeling there is no cessation, that Thomas’s characters are somewhere continuing their dangerous games in some kind of personal hell.

Read other reviews from the 2017 Edinburgh Fringe