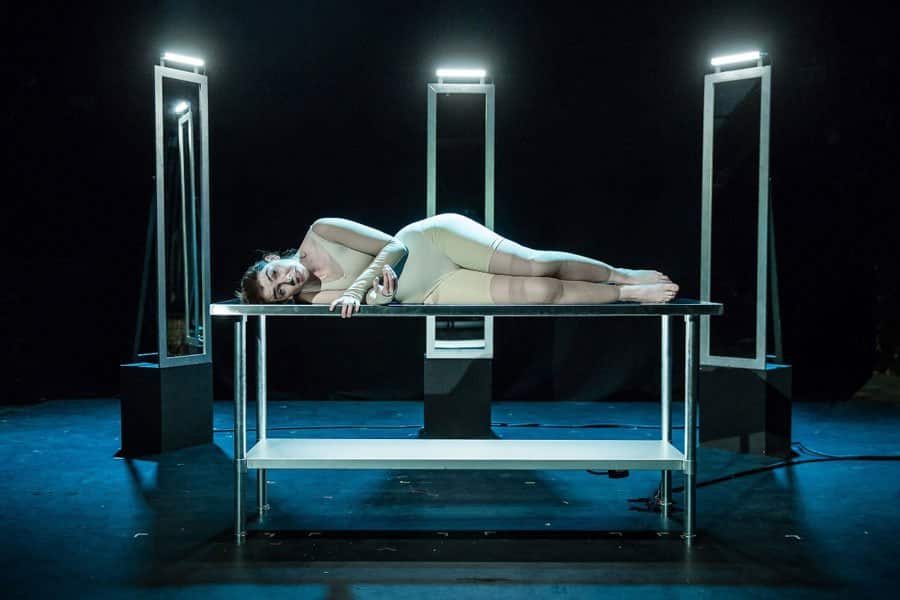 Up-and-coming writer and actor Milly Thomas proves herself to be one to watch with two plays at this year’s Edinburgh Fringe. Along with the premiere of Brutal Cessation, she has written and performs in her new one-woman play Dust. She plays Alice, a somewhat self-absorbed, manic young woman who gets to take stock of her life and the people in it from the unique perspective of death.

We first meet her lying on the mortuary slab, fresh from being found dead. It is her ghost who speaks to us, unseen by anyone else, as she shoots around London looking in on her family, friends and boyfriend, learning new things about them and herself.

Some might find this conceit whimsical, but Thomas injects it with a dark wit, with plenty of laugh-out-loud observations, as well as deeply poignant moments as we find out more of Alice’s story. Thomas gives a powerful performance as the funny and brittle Alice who may not always be likeable but can still break your heart.

The show is pacily directed by Sara Joyce, enhanced by atmospheric sound design by Max Perryment and lighting by Jack Weir. The set, designed by Anna Reid, features just a metal trolley and a backdrop of three large mirrors, giving Alice – in an off-white figure-hugging body suit – no place to hide as she exposes us to her troubled mind.

Dust is often unsettling, offering another perspective on mental health, a particularly recurrent theme at this year’s Fringe. At times brutally graphic and always gripping, the writing is sharp and honest, confirming this as an impressive piece from someone we are sure to hear more of.