Danny Coleman-Cooke reviews Assassins, a musical by Stephen Sondheim and John Weidman at the Pleasance Theatre.

It must have been a brave producer that first gave the green light to Assassins; a musical profiling eight people who have fired shots at US presidents.

From some of the more well known miscreants (John Wilkes Booth, Lee Harvey Oswald) to the less known (those who killed Presidents McKinley and Garfield), the show presents an alternate world where all these assassins live and interact together.

Whilst an unlikely premise, it is a fantastic story, building some complex and varied characters, all with different motivations but united by a common point of history.  The action is held together by a narrator, or Balladeer (an excellent Jason Kajdi) who provides useful historical context.

The music is terrific, just as you’d expect from Sondheim, with the lyrical genius and memorable tunes you’d expect from one of our greatest composers. This comes to its zenith at the Ballad of Guiteau, as Charles Guiteau veers between religious serenity and hyperactive mania. 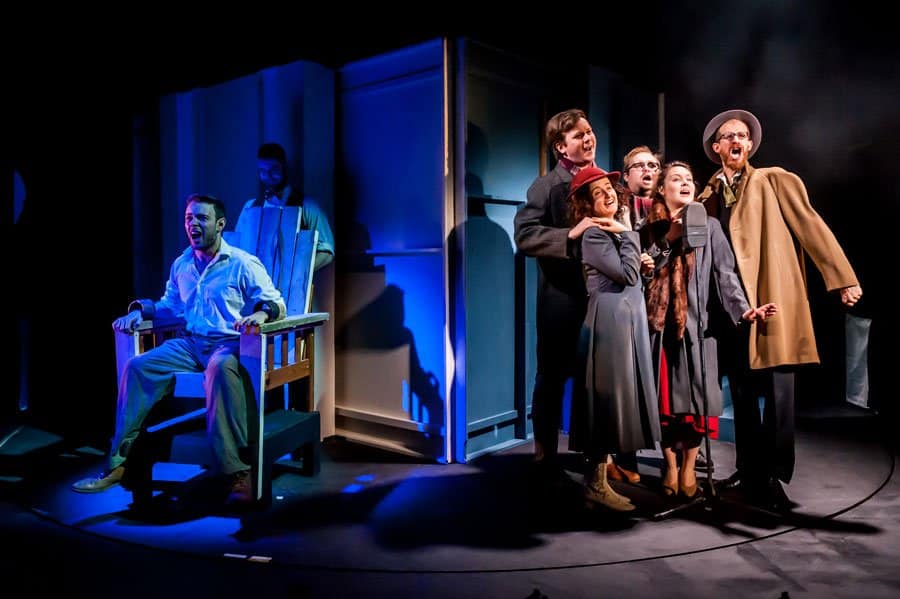 It is an extremely strong ensemble cast who work perfectly in sync and show versatility in playing multiple characters. Particularly impressive was Andrew Pepper as Guiteau, Toby Hine as a quiet and sensitive John Hinckley and Michaela Cartmell brings humour to the demonic Lynette “Squeaky” Froome.

The show takes on an underlying resonance in the age of Trump, who has both hinted that political opponents should be assassinated and has been targeted for assassination himself. 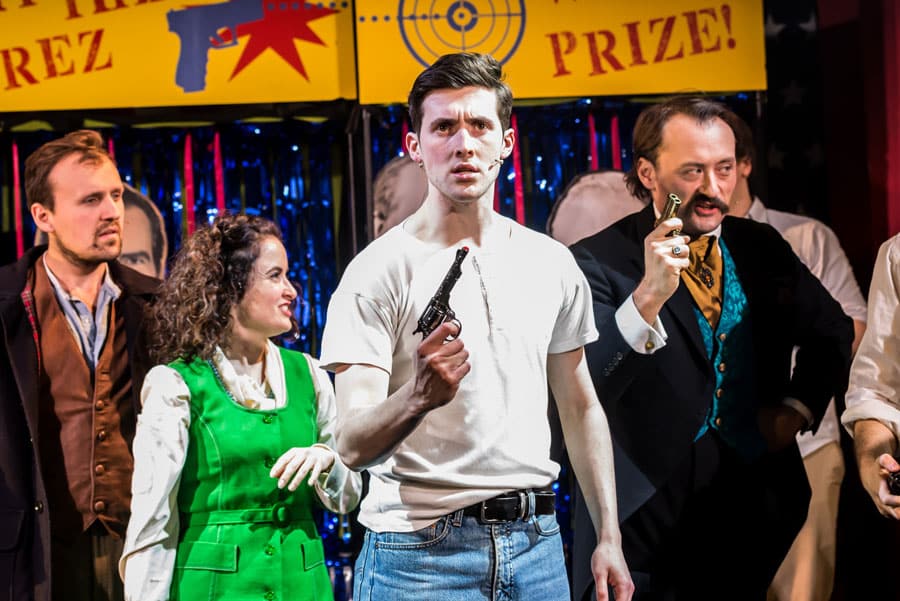 It also seems especially pertinent in the wake of the recent mass shootings across the Atlantic. The show does not seek to glamorise the perpetrators (as some claimed before it first opened in 1990), but shows them as damaged and tragic figures who have caused untold damage to their lives and others. In other words, people who should be nowhere near a gun…

There were a few glitches with the sound on press night and the Lee Harvey Oswald section dragged on a bit longer than felt necessary, but it was a truly wonderful show. The almost two hour running time zoomed by, always the sign of a play that hits the spot.

Not only did I leave the Pleasance with a smile on my face, but Assassins also sent me into a tailspin of historical research when I got home, as I yearned to find out more about these intriguing characters. And that in many ways is the greatest compliment of all.