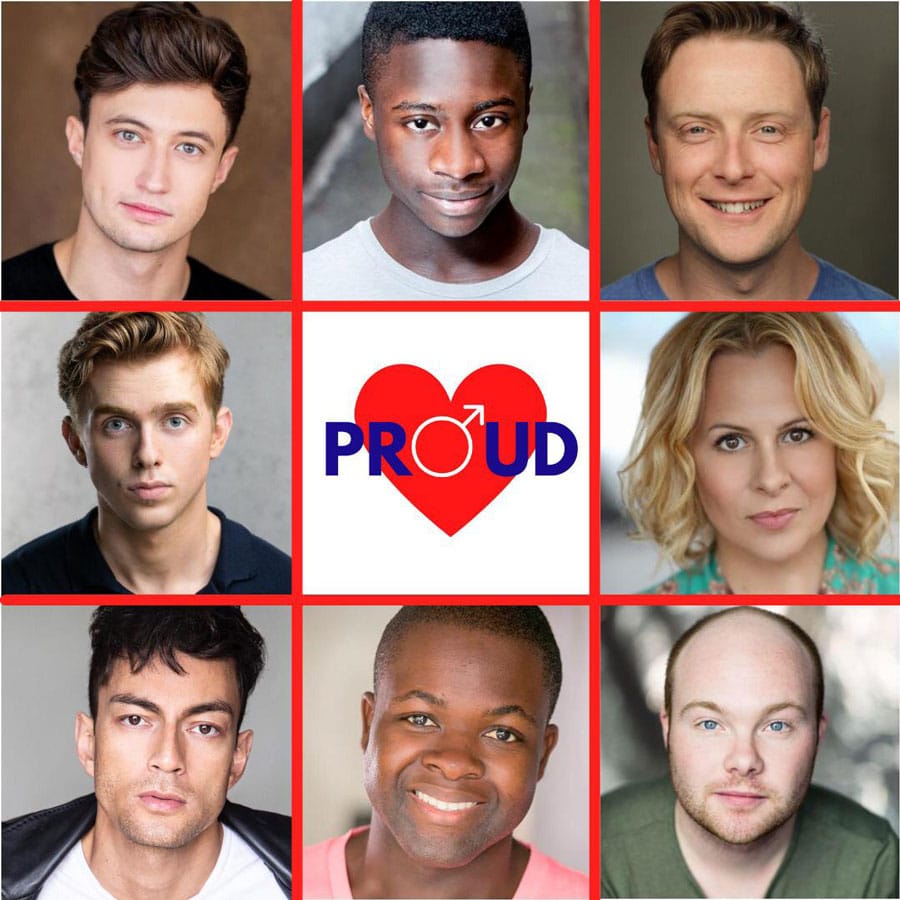 Proud replaces Daisy in the 2021 festival line-up, which unfortunately due to circumstances beyond the Turbine Theatre’s control is no longer able to be presented this year.

David has always been different. He really wishes he wasn’t. Despite the acceptance and unconditional love of his parents, his prayers are answered when he discovers the existence of ‘Reality Trek’, a conversion camp for gay men run by ex-gay Donald and his lord-abiding wife, Bernice. With faith on their side, they guide David and his camp campmates through the programme, but when the illegally-handsome Rory arrives late, David faces the ultimate test on the path to the straight and narrow.

The 2021 festival line-up includes an exciting and diverse selection of seven new musicals: Far From Heaven, #50days, The Man In the Ceiling,  Millennials,  HouseFire, Cake, Proud and Tony! (A Tony Blair Rock Opera).

The Festival sets out to promote quality artistry, showcasing new musicals to UK audiences with a view to elevating them to full production, and giving audiences an insight into the process of creating new work and the art of collaboration. Paul Taylor-Mills launched the inaugural MTFestUK season at The Other Palace in 2019, followed by a 2020 season in February last year, at The Turbine Theatre.

The 2021 festival runs from 17-29 May at The Turbine Theatre, London, before embarking on a ‘digital’ UK Tour from the 31 May – 4 July. The full list of venues and touring dates are as follows:

The Turbine Theatre, Battersea
(Monday 17 May – Saturday 29 May)