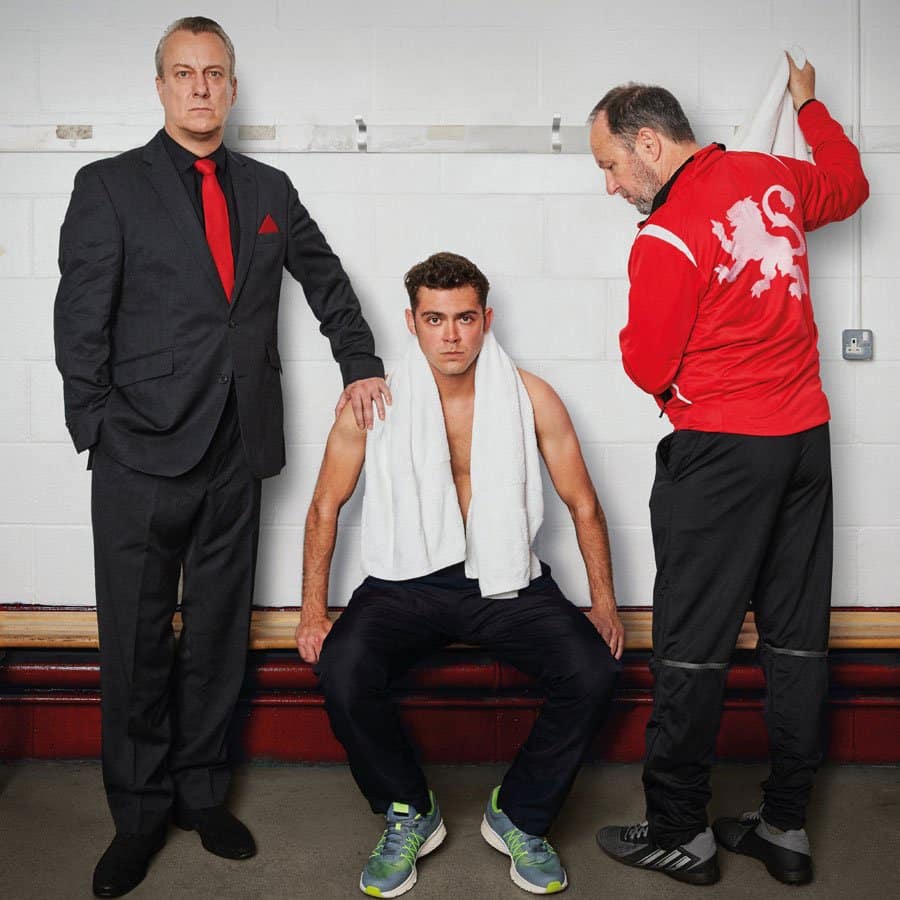 Patrick Marber’s The Red Lion is to transfer to Trafalgar Studios for a limited season from 1 November – 2 December 2017.

This powerful, touching locker room drama reaches beyond the beautiful game. It explores contrasting ideas about loyalty, ambition and what it takes to win, from the perspectives of three different generations.

Through Marber’s own personal experiences with non-league football, The Red Lion goes far beyond the pitch to look at hope, obsessions and the desperation of humanity to be part of something. It is a piece thatresonates in contemporary society – the two older characters are conflicted representatives of a pre and post 1980’s, one possessing a sensibility formulated by a before-Thatcher England, the other by its aftermath. In the middle a youngster is dealing with that fallout.

BOOK TICKETS FOR THE RED LION