Park Theatre have announced their Autumn 2021 – Spring 2022 season which includes shows for every age and taste. 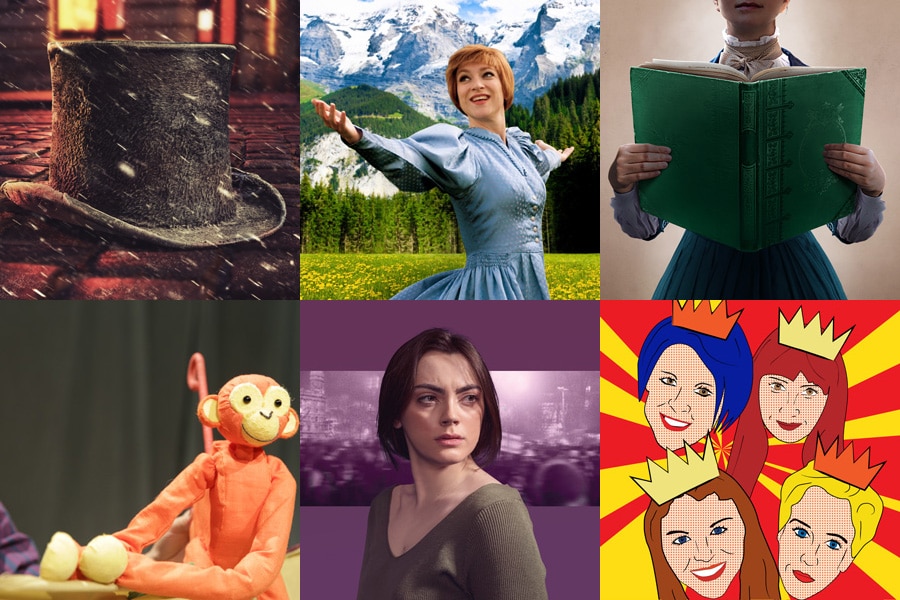 The Autumn – Spring season at Park Theatre includes the London premiere of new musical Little Women, a work in progress showing of Tony! [The Tony Blair Rock Opera] by Harry Hill and Steve Brown, and a host of Christmas delights for every age and taste.

With a score by Grammy Award winner Jason Howland, Little Women (11 Nov – 19 Dec) is a timeless and captivating story of self-discovery, heartache, hope and everlasting love. Based on the book by Louisa May Alcott and with book and lyrics by Allan Knee and Mindi Dickstein, directed by Bronagh Lagan (RAGS The Musical, Park Theatre), Little Women follows the adventures of the four March sisters growing up in Civil War America. For those that like their musicals more anarchic, Harry Hill and Steve Brown’s work-in-progress Tony! [The Tony Blair Rock Opera] (22 – 24 October) is the story of how one man went from peace-loving, long-haired hippy and would-be pop star to warmongering multimillionaire in just a couple of decades. A hilarious tragedy of political intrigue, religion, power and romance that plays fast and loose with the facts.

Christmas comes to the venue with comedy, cabaret and Cratchit (7 Dec – 8 Jan): two shows from Julie Clare Productions and a new reimagining of A Christmas Carol with the eponymous Bob being visited by spirits of his own. Cratchit was streamed from the Old Red Lion last Christmas under the title December, and now receives its live premiere. ‘Tis the season to be ‘Julie’ in Julie Madly Deeply (20 Dec – 1 Jan), a charming and cheeky cabaret from Sarah-Louise Young (Fascinating Aida, An Evening Without Kate Bush) about showbiz royalty Dame Julie Andrews. Park Theatre are seeing out the year with the Yes Queens (23 & 30 Dec) a late-night romp full of seasonal silliness from the female-led improv comedy ensemble, featuring top UK talent from Showstopper! The Improvised Musical, Austentatious and Mischief Theatre.Completing the seasonal festivities is the riotous Five Little Christmas Monkeys (14 – 19 Dec), a show for children aged 2 – 6 from the makers of the smash hit Dogs Don’t Do Ballet.

Jez Bond, Artistic Director, said: ‘We can’t wait to bring the spirit of Christmas back to Finsbury Park with a top-class selection of seasonal shows full of music, heart and laughter. There’s something for everyone to enjoy in our new season, with musicals, comedy, cabaret and drama in equal measure. It’s been fantastic to see audiences returning to our theatre and we need the support of booking audiences now more than ever as we strive to build a strong foundation for the future. We’ll be keeping some Covid safety measures in place over the winter so audiences can book with confidence and enjoy being back at the theatre for their Christmas treat.’

Park Theatre presents exceptional theatre in the heart of Finsbury Park, boasting two world-class performance spaces: Park200 for predominantly larger scale productions by established talent, and Park90, a flexible studio space, for emerging artists. In eight years, it has enjoyed eight West End transfers (including Daytona starring Maureen Lipman, The Boys in the Band starring Mark Gatiss, Pressure starring David Haig and The Life I Lead starring Miles Jupp), two National Theatre transfers, twenty-five national tours, five Olivier Award nominations, has won Offie Awards for Best New Play and Best Foodie Experience and won a Theatre of the Year award from The Stage. Park Theatre are grateful to all those who have donated to the Park Life fund, supporting the venue through the pandemic.