As we see out 2021, we took a look at the most-read reviews on BritishTheatre.com over the past twelve months. These are the Top 10 reviews. Did you see any of these great shows?

The Phantom of the Opera
Her Majesty’s Theatre

The Phantom Of The Opera has returned to Her Majesty’s Theatre. Having watched from the sideline as the show’s two producers bickered about the future of Hal Prince’s acclaimed production, Douglas Mayo was keen to revisit the Phantom’s Lair at Her Majesty’s Theatre, London to see what had become of the “brilliant original”. Read the review

Libby Purves said: Almost the most magnificent part of Daniel Evans’ production is that it’s happening at all:  despite the distanced glimmer of blue paper masks, Chichester affirms that big musical theatre is back with almost insane defiance: cast of 32, 16 part orchestra,  singers who had to be rehearsed in visors, Ann Yee’s big wild ensemble choreography practiced at first in masks.   Cheering and clapping started with the dimming of the lights, and at the end we were on our many feet. Read the review.

Paul T Davies said: Things are getting very meta now. The hit of the first lockdown, in which two much-loved actors, Michael Sheen and David Tennent, play versions of themselves trying to keep their creativity going, returns on the day lockdown 3 is announced. Sheen even says, “hopefully we’re not going to go into another lockdown”, as they discuss projects due to happen. Read the review.

Paul T Davies said: There’s always a danger when you’re late to party that the best has happened. Finally, my chance to review Six comes when it opens in its “forever theatre”, the Vaudeville. I’ve heard the gossip; I’ve picked up the buzz and the party vibe. But is it suffering from hype, has it been overblown by the fanatic admirers packing out the theatre? No, it hasn’t. It is barnstorming, roof-raising, her-story shaking, loud, proud, and has more sass than entire seasons of any Drag Race. From the opening beat, this show is brilliant, audacious in its attitude, but tells us more about the six wives of Henry VIII than we ever learned in school. Read the review 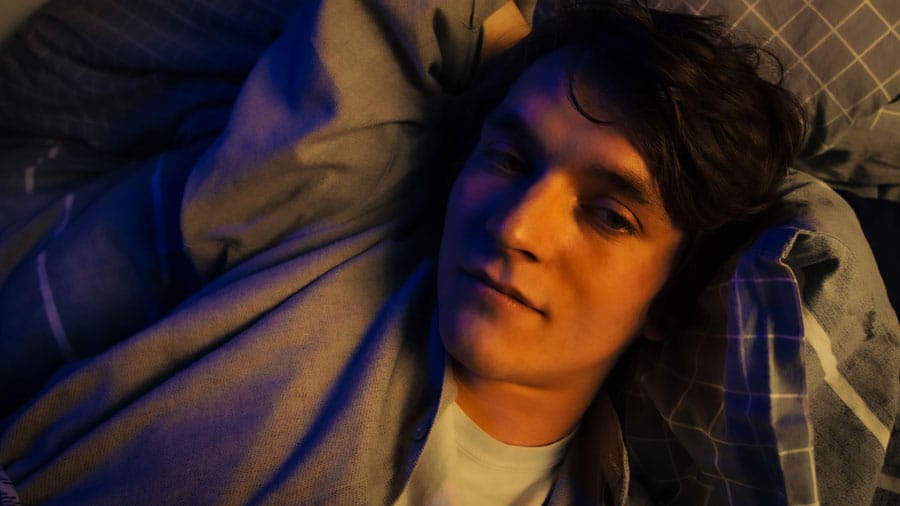 Arguably one of the original “influencers”, Oscar Wilde would no doubt be thrilled to see his scandalous morality tale, The Picture of Dorian Gray, continue to fascinate us. It has been brought kicking and screaming, or perhaps tweeting and streaming, into the time of Covid by the creative team behind the critically acclaimed What a Carve Up!, writer Henry Filloux-Bennett and director Tamara Harvey. Read the review.

“To begin at the beginning…” Except this production doesn’t begin at the beginning of Dylan Thomas’s classic play. The day begins in a care home, where Mr. Jenkins has missed his breakfast and is confused. This additional material by Sian Owen is beautifully naturalistic and has clever hints of the text to come. It’s a bit of a jolt when, into the scene, arrives Mr. Jenkin’s son, (Michael Sheen), who insists on seeing his father, and this urgency has very little explanation behind it. Dishevelled, quickly revealed as having a drink problem, he is the ghost of Dylan Thomas, perhaps saying the goodbye he never got to in real life. Read the review 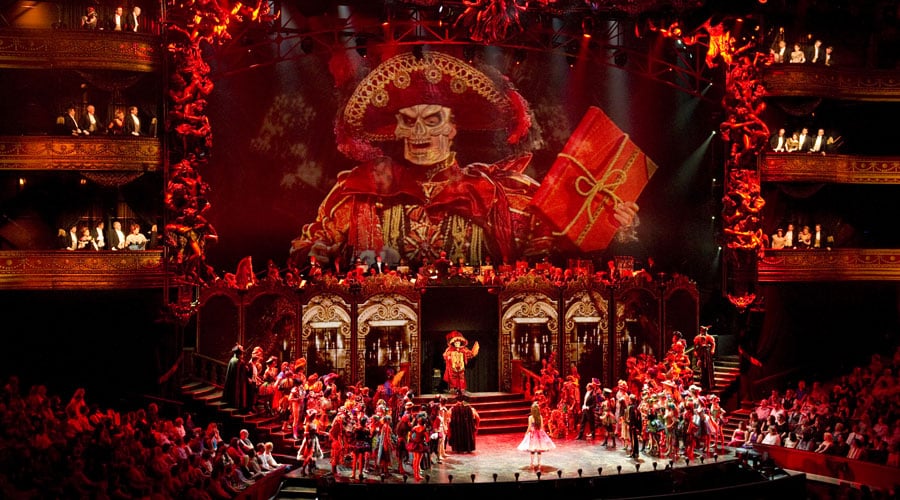 Douglas Mayo reviewed Andrew Lloyd Webber’s The Phantom Of The Opera 25th Anniversary Production at the Royal Albert Hall in 2011 streamed on YouTube as part of The Shows Must Go On. Originally published in 2020 this review roared back onto the Top 10 list in 2021. Read the review.

Here is life, history,  theatrical passion, great migrations and lyrical romance in the rain.  Here’s anger and humour and love and despair, jokes and vigour and a slap in the eye to prudery and prejudice, and many messages from the 20th century to the 21st.  Rather than return cautiously with a safe old feel-good favourite the Menier’s artistic director David Babani has taken  –  deep breath –  a new American-Jewish Broadway play about a 1923 scandal about a lesbian play in Yiddish from 1907, and its  1940’s aftermath in a doomed attic in the Lodz ghetto.   Could have been a tough sell, though the playwright Paula Vogel was a 1998 Pulitzer winner and with director-collaborator Rebecca Taichman it won a Tony just before the pandemic. Read the review.

Douglas Mayo ventured out to0 visit London’s hottest ticket as Rebecca Frecknall and her incredible Kit Kat Club creative team and cast turn what could have been a reasonable revival of the Kander and Ebb classic into something quite sensational. Read the review. 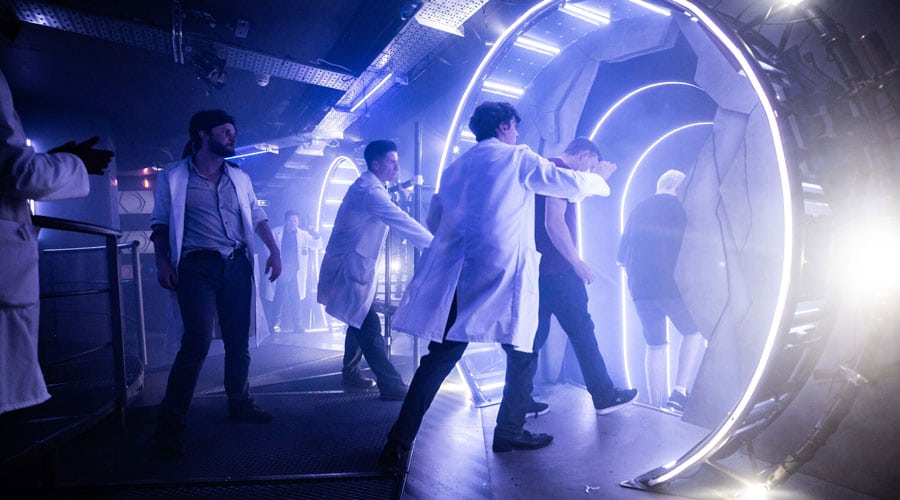 I can’t imagine anyone going to see this show who isn’t a fan of Doctor Who, or, indeed, anyone reading this review! I love the show, and whilst I’m not strictly the full Whovian, I would class myself a Whoover. Immersive Everywhere are to be congratulated, along with the entire company, for creating a truly immersive experience of the Whoniverse, brilliantly designed by Rebecca Brower, that drops you into the alternative worlds, beginning at Unit HQ, where, in the 1940s, an anomaly, a Time Fracture, was discovered, and now it’s breaking, threatening the whole of time itself. The problem with Daniel Dingsdale’s script is that, like recent series, it’s a two-hour “special” within which a cracking 45-minute story is battling to be heard. Read the review.