The Old Vic has announced an Arthur Miller double bill and a new play by Lucy Prebble in 2019 plus further casting for its production of A Christmas Carol. 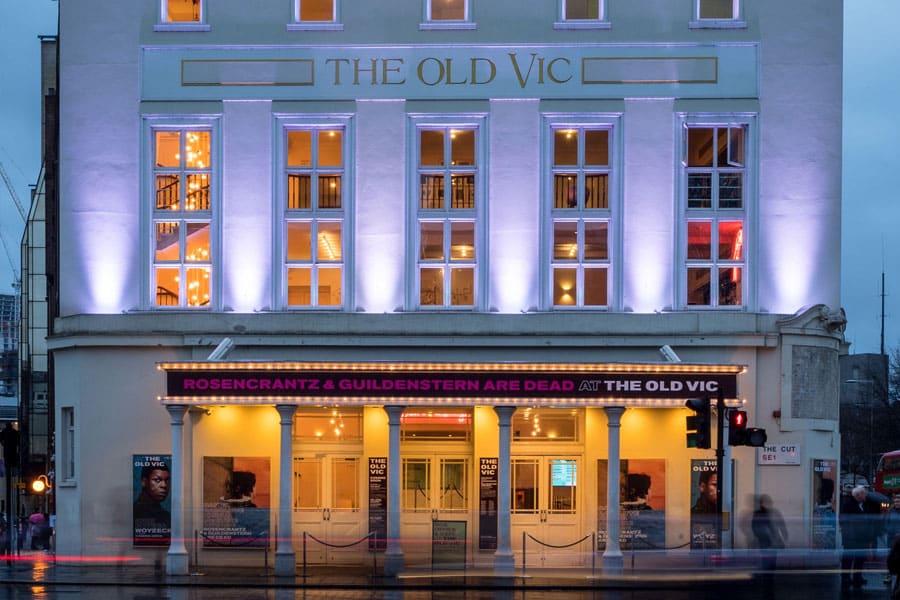 Leading American director Rachel Chavkin will make her Old Vic debut at the helm of Miller’s The American Clock from 4 February. First performed in 1980, it tells the story of the Baum family during the Great Depression of the 1930s

Jeremy Herrin will direct Sally Field, Bill Pullman, Jenna Coleman and Colin Morgan in Miller’s 1947 classic All My Sons in a co-production with Headlong theatre company from 15 April.

They will be followed by the world premiere of A Very Expensive Poison, a new play by Lucy Prebble inspired by Luke Harding’s book about the events surrounding the poisoning of Russian spy Alexander Litvinenko.

The Old Vic has also announced a special performance in its One Voice series to mark 100 years since the Armistice: Remembrance, curated by Arinzé Kene and directed by Annabel Bolton. Taking place on 4 November, it will feature five specially commissioned monologues to shine a light on the powerful, poignant and surprising stories often hidden in the shadow of conflict. Writers include Kene, Ben Bailey Smith (Doc Brown), Rachel De-Lahay and Monica Dolan. More writers are to be announced.

Looking further ahead, the theatre has announced it will stage a new musical adaptation of the hit 1983 film, Local Hero, adapted by David Greig and Bill Forsyth with music and lyrics by Dire Straits co-founder Mark Knopfler. Directed by John Crowley, the Scottish-set show will have its world premiere at the Royal Lyceum Theatre Edinburgh in 2019 and come to The Old Vic in June 2020.

The Miller and Prebble productions form the second part of artistic director Matthew Warchus’s fourth season. As well as A Christmas Carol directed by Warchus himself, it includes Angela Carter’s Wise Children adapted and directed by Emma Rice and the current production, new musical Sylvia from ZooNation: The Kate Prince Company.

After its world premiere in October, Wise Children, a co-production between The Old Vic and Rice’s theatre company Wise Children, will go on to tour the UK from November.

Warchus said: “I’m hugely excited to be welcoming the outstanding American director Rachel Chavkin to The Old Vic. It just so happens that, following Sally Cookson’s A Monster Calls, Kate Prince’s Sylvia, Annie-B Parson’s 17c and Emma Rice’s Wise Children, Rachel is the fifth auteur director within a six-month period to present their distinctive work on our stage.

“I anticipate her production of Arthur Miller’s rarely-performed The American Clock will be another thrilling and original piece of theatre not to be missed.

“In an adjacent and complementary production, I am also delighted to be presenting Miller’s incandescent classic All My Sons with the extraordinary line-up of Jeremy Herrin directing American icons Sally Field and Bill Pullman, together with UK stars Jenna Coleman and Colin Morgan, in what I predict will be an unforgettable production of a true twentieth century masterpiece.”

He said that Prebble’s new play continues the theatre’s “nascent tradition of delivering vital and pertinent new writing”. He added: “This new play from the mutinous writer of Enron and The Effect promises to be a provocative and mind-bending theatrical treat.”

Other news from The Old Vic includes an extension to 9 December of its award-winning production, Girl from the North Country, which opens on 1 October 2018 at the Public Theater, New York. A separate production will also play at the Princess of Wales Theatre, Toronto, from September 2019.

As part of The Old Vic’s Directors Programmes, Katy Rudd has been announced as this year’s Baylis director while Balisha Kara has been appointed Baylis assistant director to Rice on Wise Children. Kara is also recipient of the Florence Kleiner Bursary, a new initiative to support an emerging woman director based outside of London to take up a position at The Old Vic who, due to financial barriers or socio-economic factors, would not ordinarily seek out the role.