Michelle Collins is set to play Nightshade in Beauty and the Beast, this year’s pantomime at the Lighthouse, Poole. 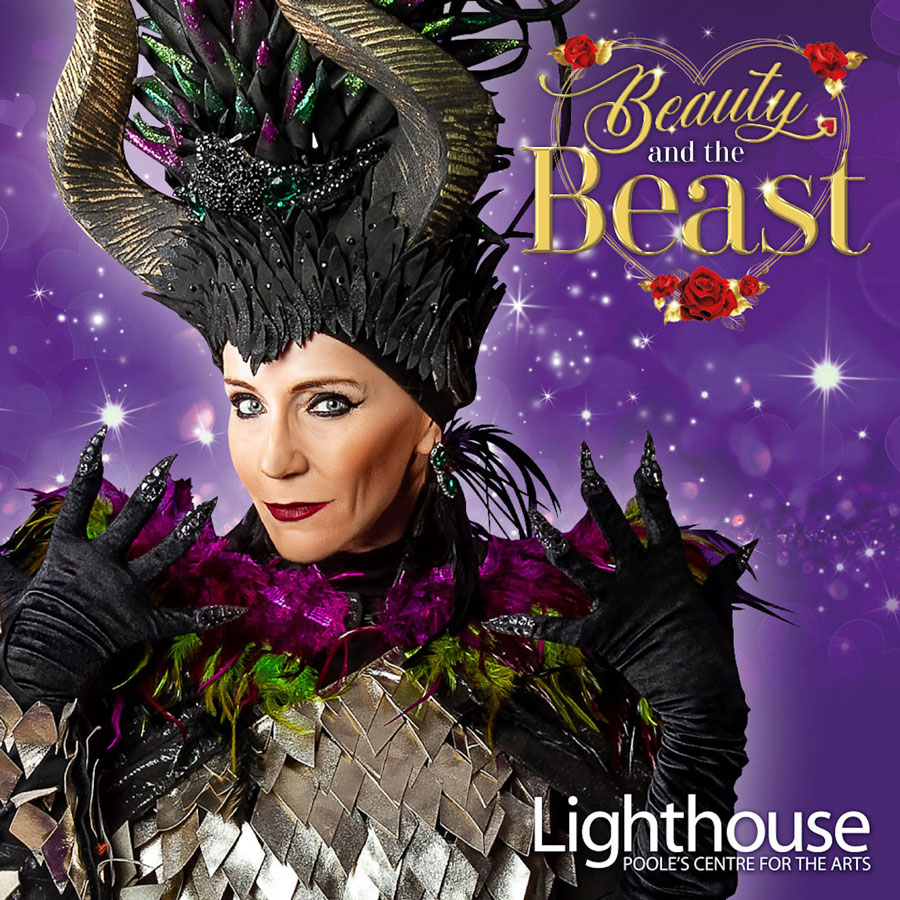 She may be best known to television audiences from her roles in EastEnders (superbaddie Cindy Beale) and Coronation Street (landlady Stella Price), but Michelle Collins isn’t one to rest on her laurels. Just the opposite in fact – she’s fully focused on the job in hand and what lies ahead.

“I am the sort of person that is constantly wanting to get better,” she says. “It is kind of hard to shake off the soap thing, but what do you do? It’s part of life – you have to move on and do as many things as you can. I produce now, I have my own company, and you have to be really proactive not reactive.

“I think that’s also part of being a woman of a certain age, an ex-soap star and working class – it’s tough. But you’ve just got to keep at it. I still love what I do. I’ll still be treading boards when I’m 80, I’ll be like McKellen – I can’t see a day when I don’t want to do this any more.”

The job in hand at the moment is pantomime at Lighthouse. She’s playing Nightshade the enchantress in Beauty and the Beast, a role that reunites her with Chris Jarvis, her Sleeping Beauty co-star from Swindon in 2019.

“I think Chris is a brilliant writer as well as a brilliant performer and we talked about working together again. Obviously, I didn’t do panto last year because of the pandemic, so this is the first opportunity we had and I jumped at the chance.

“I remember going to my first panto and how special it was. It is a particular art form and it’s the sort of thing that established actors really enjoy doing. I think there can be a bit of snobbery about it, but once you’ve done it you really love it. I mean, McKellen’s done it and you’ve got Dawn French doing it, Meera Syal doing it, Robert Lindsay doing it. I did panto with Mickey Rooney one year, in Bristol, and I did my very first panto with Bradley Walsh in about 1992 in Oxford, so I’ve done a fair amount.

“Years ago you’d be doing panto until the end of January, or even into February, but they’ve made them shorter so a lot more people are willing to do them.”

She doesn’t take the job lightly either – having this much fun is a serious business.

“For a lot of kids it’s the first time they’ve gone to the theatre and it’s great to see families and kids enjoying themselves on a big family day out. That means you have a responsibility – if your name’s on the poster you have to deliver.

“You can’t be seen to be winging it and not putting any effort into it when people have paid a lot of money to see the show so I put as much effort into panto as I do if I was doing a show in London – just because it’s panto doesn’t mean your energy levels are less, in fact they’re probably more.

“And I work really hard, I do. I’m certainly not out with the kids in the pub every night. I have to look after myself. It’s very physical and it’s exhausting doing two shows a day, but it’s fun. It’s a great camaraderie and that’s what Christmas is about.”

So, what plans does Michelle have for her Christmas in Poole?

“I don’t know; I have no idea. Last year was a pretty miserable Christmas, we couldn’t see family and had to be so careful, but nothing will ever be as bad as that again.

“So, I’m looking forward to working and being with nice people and being outside of London. We’ve all been through so much that you have to take each day as it comes, let’s just see what happens. I’m hoping my family and friends come down to see me and I love being by the sea so that will make a change.

“Everyone tells me that because it’s on the Jurassic Coast it doesn’t get that cold there at Christmas, but maybe they just told me that to entice me!”

BOOK NOW FOR BEAUTY AND THE BEAST AT LIGHTHOUSE POOLE