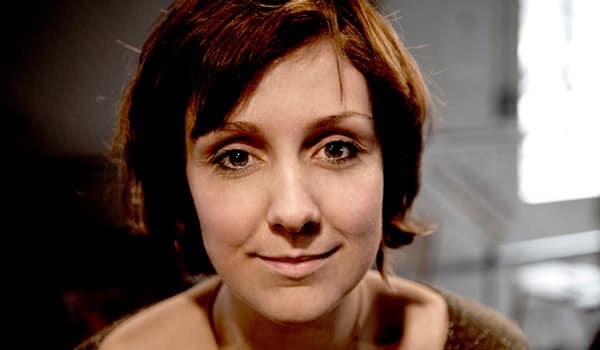 Ella Hickson made her name at the Edinburgh Festival in 2008 with her play Eight, picking up a Fringe First. Her second play transfers to London.

Ella you’ve had a pretty meteoric rise since 2008 as a young artist. What was your route into this business we call show?

My university theatre runs a free fringe slot, you just have to come up with an idea and put it forward. Luckily my idea of eight monologues got selected and so I had to write them. It was a pretty straight forward process, I knew eight good student actors and so we created the pieces through conversation, it was a really wonderful process.

Being a writer is quite an isolated profession. How helpful have your various secondments and attachments to theatres been?

Hugely. I am really very grateful to Katherine Mendelsohn and the team at The Traverse and also Simon and Sean and the team at The Lyric. Without these communities I think I would have found the past few years really hard going. It’s very important to be connected to a theatre, to understand the workings of a building and to feel like you belong somewhere.

Some people say you have to have lived it to write about it, how do you feel about that?

Well I’ve never blown up any buses or stripped any corpses so I guess it isn’t true! Having said that I think all good writing holds a kernel of universal truth and it helps to have some relation to that truth even if you haven’t experienced it.

Where do you get your writing inspiration from?

After so much success with Eight, did you suffer with any ‘difficult second album’ moments with Precious Little Talent?

Of course. I felt like there was a lot of pressure on me to perform with Precious Little Talent, hence the slightly provocative title. But in hindsight I think that pressure was largely in my own head. Plays come and go and press rarely think about a review once it’s written. To have to be committed to the work, not the response it gets, its the only way to keep doing the best you can.

Precious Little Talent taps into feelings of abandonment that are incredibly prevalent at the moment. But not of powerlessness; it seems also an inherently optimistic play. Was this important to you?

At the time, yes. I think there is little point in paddling around in doom in gloom unless you at least explore some routes out of that situation. Plays need to be about change, about transformation – if people are abandoned we want to see them strive to be found.

How involved have you been with this production of Precious Little Talent? In the rehearsal room are you a ‘hands on’ writer or do you believe in letting the work go to a certain extent?

It’s been a learning curve as this is one of the first few times I’ve ever had to do it as I’ve usually directed my own stuff. I have a really good working relationship with James and there’s definitely a culture of open communication and co-operation which makes it all a lot easier.

Finally why should people come to see Precious Little Talent?

It has a charming combination of humour and pathos. It’s a very contemporary play with that good old fashioned entertainment tone of laughter and tears.