With the Godspell 50th Anniversary Online Concert almost upon us, Jodie Steele has released a single of Beautiful City from the show for charity. 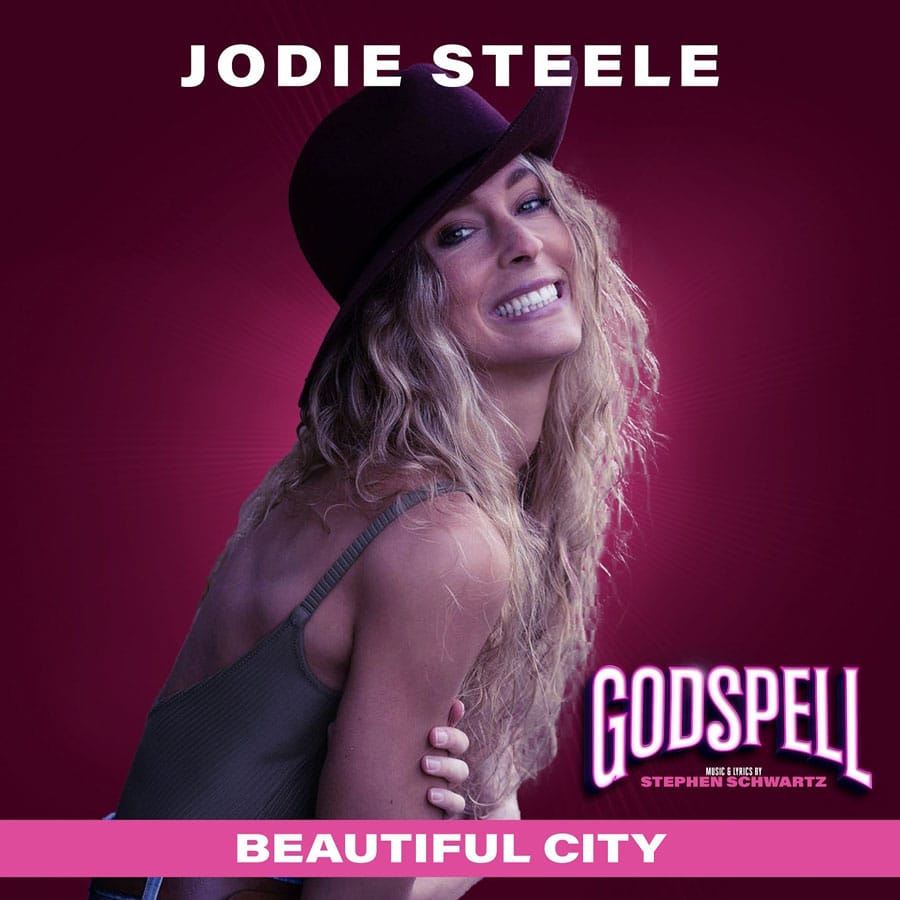 West End star Jodie Steele (SIX, Heathers, Wicked) took time to lend her flawless vocals to the official single release of Godspell’s ‘Beautiful City’ ahead of the show’s 50th Anniversary concert. The song will be available to stream across all digital platforms from today.

Given the seal of approval by composer Stephen Schwartz for her ‘stunning’ rendition, the track offers a glimpse at what people can expect from the highly anticipated Godspell online concert experience, streaming later this month.

Directed by award-winning Michael Strassen (Billy; Assassins), it will be filmed from the cast’s homes and edited together with striking visual animations. It is a revival of Godspell like never before, revamping the show for the modern technological age. Available for three days only to stream worldwide this summer, this promises to be the online theatrical event not to be missed. To look towards a brighter future post-lockdown, the concert will raise money for wonderful charities: Hope Mill Theatre (A Factory of Creativity CIO), Acting For Others, and National AIDS Trust.

LISTEN TO THE SINGLE