What show should audiences from the UK see first if visiting the Great White Way?

We have compiled this list to save you the trouble of working it out! It’s just our view – and everyone has one – based on our Reviewers’ thoughts. We will update the list when we can.

Only Plays and Musicals which have been running for less than two years are included in this list. (The list assumes that shows which have transferred from the West End have been seen in the West End : Skylight, The Audience, The Curious Incident of the Dog In The Night and Wolf Hall.) 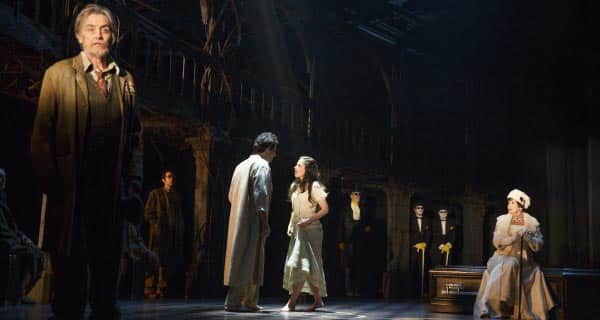 1. The Visit
For 90 minutes of ecstatic storytelling, you are transported to a place where love, death and consequence are dancing together and where a victory for true love might just not be what you first think it will. Chita Rivera, an incandescent star of the Broadway stage in undiminished glory, is faultless. One of the best of Kander & Ebb’s musicals, The Visit is the best, most important, musical currently playing on Broadway.
Read Our Review 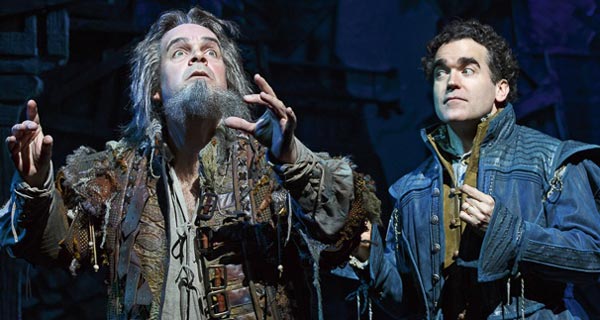 2. Something Rotten
There is noting rotten here. Rather, Something Rotten is firm, juicy, fruity, perfectly cultivated, tart, sweet, and every segment, every layer that is peeled back, is full of life. It is almost an orgasm of enjoyment; an ode to the musical form, one that both satirises it’s subject and treats it with loving affection. Broadway will be hard pressed to find a tighter, more superbly tuned company than this one.
Read Our Review

3. Hand To God
Written by Robert Askins and directed by Moritz von Stuelpnagel, Hand To God plays like an obsidian black farce which turns on those stock elements of farce – violence, sex and religion. The extremity of those elements and their use here is what differentiates this from a run of the mill farce. Askins writes cruelly funny dialogue and the ludicrous situations that develop are undeniably hilarious. But his greatest skill lies in perception – this is a very serious work wrapped up in the glossy laughter of farce.
Read Our Review

4. The King and I
Together with set designer Michael Yeargan, costume designer Catherine Zuber and choreographer Christopher Gattelli, Bartlett Sher has completely reimagined and reinvigorated Rodgers and Hammerstein’s musical both for the vast space that is the Vivian Beaumont stage and for the 21st century. It is a triumph in every respect: gorgeous to look at, immaculate to listen to and something wonderful to experience. Watanabe commendably makes the King his own special, unique creation. As Anna, Kelli O’Hara is incomparable.
Read Our Review 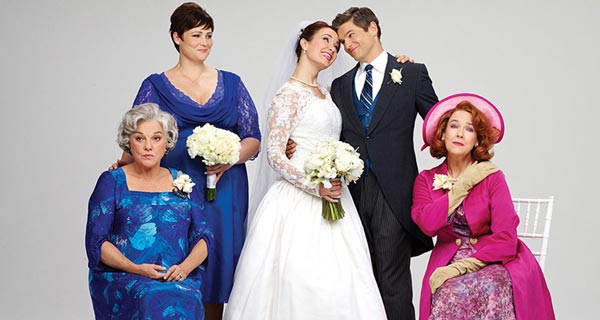 5. It Shoulda Been You
This is the sort of Musical Comedy which puts equal emphasis on the constituent parts – music and comedy. It’s a gentle, involving and delicious confection. Rather like a wedding, it has taken careful plotting and planning; rather like a wedding cake, it has lots of layers and very fine ingredients to ensure that something will appeal to everyone. It’s not sickly sweet, but surprising and touching, like all good weddings should be.
Read Our Review

6. On The Twentieth Century
Whatever your thoughts about Chenoweth, her performance in this musical is that one-of-a-kind, flat-out unbelievably extraordinary star turns that leaves you breathless and stunned by the power, ferocity and magnetism of the delivery, both vocal and physical, of the performance, desperate to immediately see her do it all over again and certain, quite quite certain, that, no matter how long you live, you will never see anyone play that role like that again.
Read Our Review 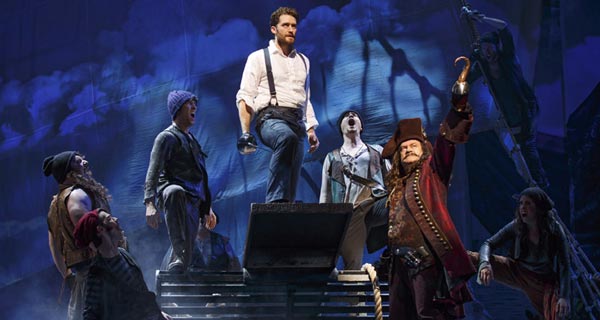 7. Finding Neverland
Finding Neverland is a truly magical musical theatre experience. The score is lively and quite quite beautiful. From ballads to raucous boy songs and big, generous ensemble pieces, plus an exceptional anthem or two – Barlow and Kennedy really deliver the goods. Without question, though, the star here is Matthew Morrison, who gives a boundlessly energetic turn as the troubled playwright J.M.Barrie. Morrison is better than he has ever been.
Read Our Review

8. On The Town
The dancing has a style, a language of its own and, certainly as choreographed by Bergasse, is more articulate than pages of dialogue. The steps are tricky, pulsing with purpose and bursting with energy and style. Very balletic, but with that jazzy Broadway edge which is just thrilling to watch especially where, as here, the cast is perfectly drilled, perfectly in sync and perfectly dazzling.
Read Our Review

9. An American In Paris
Christopher Wheeldon’s vision here, as director and choreographer, is remarkably detailed and endlessly lavish and ambitious. Without huge pre-built sets, Bob Crowley creates a never static vista of Parisian streets, monuments, parlours and performance venues. It all contributes to the cinematic feel of the dreamlike qualities which propel the production. Casting is faultless and this is probably the best looking, most innately stylish, cast of any Broadway show now playing. Robert Fairchild, in his Broadway debut, is revelatory as Jerry. Leanne Cope is a shimmering flower of elfin glory as Lise, and Max von Essen triumphs as Henri in a cleverly judged, gloriously sung, pitch perfect performance.
Read Our Review 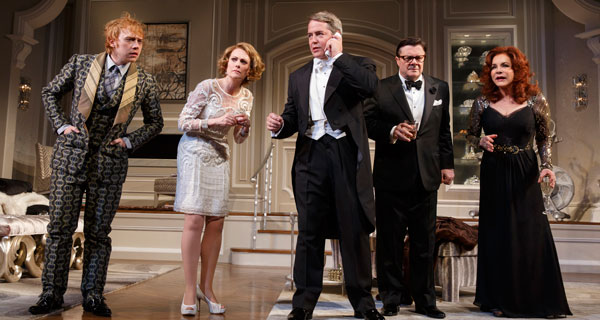 10. It’s Only A Play
The night belongs to Nathan Lane who is hilariously vicious as James Wicker, an actor who turned down the lead role in the play written by his best friend because he thought it was a dud. He drops comic gems and malicious slurs with relish; a human laughter grenade launcher.
Read Our Review