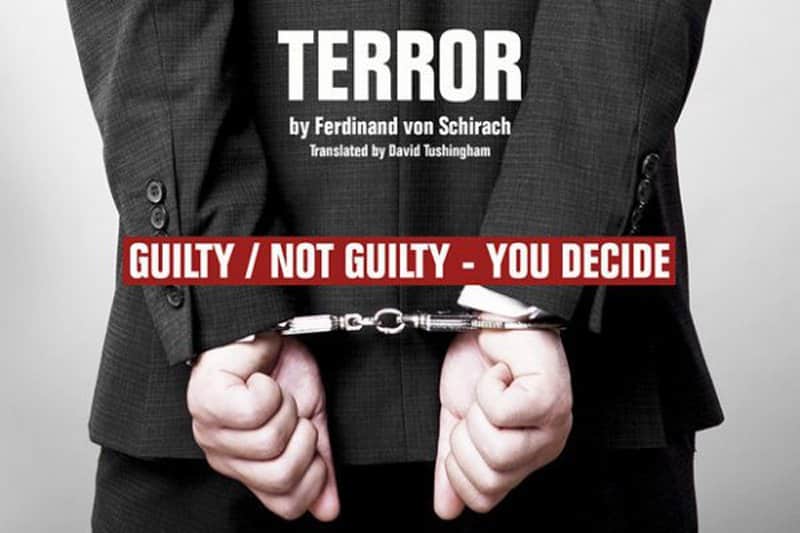 Emma Fielding and Forbes Masson are to lead the cast of courtroom drama Terror at the Lyric Hammersmith where the audience decides on the verdict.

They feature alongside John Lightbody, Tanya Moodie, Shanaya Rafaat and Ashley Zhangazha in the UK premiere of Ferdinand von Schirach’s play. It runs at the Lyric from June 14 to July 15, directed by artistic director Sean Holmes and designed by Anna Fleischle.

The audience enters the courtroom, hears the evidence and makes their judgement. A hijacked plane is heading towards a packed football stadium. Ignoring orders to the contrary, a fighter pilot shoots the plane down killing 164 people to save 70,000. Put on trial and charged with murder, the fate of the pilot is in the audience’s hands.

After its world premiere in 2015 at Deutsches Theatre in Berlin, Terror has become a worldwide phenomenon that has been stirring debate across the globe and providing opposing results in different countries and cultures.

It is the first stage play by Schirach, a German lawyer and writer. It has been translated by David Tushingham who specialises in contemporary German playwrights.