But I’m A Cheerleader : The Musical extends its run at the Turbine Theatre, Battersea until 8 May and welcoming new cast members. 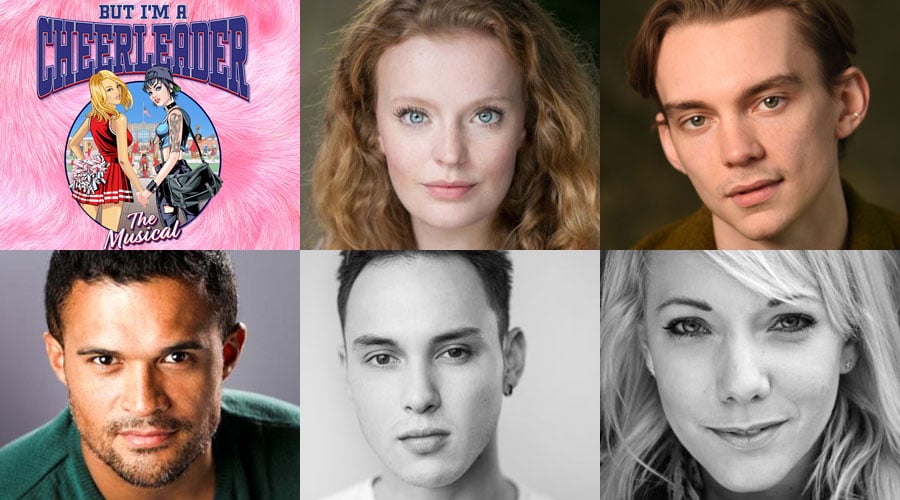 After a successful premier in February where it received rave reviews, the 1990s queer- culture classic musical is extending its run at The Turbine Theatre. Following a short closure to make some necessary changes for its future life, But I’m A Cheerleader will run until Sunday 8 May 2022.

Joining the cheer squad as the new ‘Super Cheerleaders’ will be Lauren Soley (Les Miserables West End and International Tour) and Owen McHugh (The Snowman -West End and UK Tour, Me & My Girl – Frinto Summer Theatre), taking on the baton as the cast swings. Addition changes to the cast include Leslie Bowan (Hamilton London, Thriller Live – West End) taking over the role of André and Kurt Kansley as Mike (Heathers – West End and UK Tour, A Christmas Carol – Dominion Theatre) at the end of April. And joining as the resident director/choreographer will be Ruthie Stephens (Resident director for Andrew Lloyd Webber’s Cinderella, Assistant Choreographer for Ru Paul’s Drag Race UK vs The World ).

But I’m A Cheerleader: The Musical is the story of Megan, an all-American high school cheerleader who has the perfect life.

That is, until she finds out her friends and family suspect her of being a lesbian and send her packing to ‘True Directions,’ a rehabilitation camp to set her straight. It is at this camp, under the strict tutelage of headmistress Mary Brown that Megan meets Graham, a sexy tomboy who shows her exactly what her ‘true direction’ is. Hilarious, irreverent and full of heart, But I’m A Cheerleader: The Musical is a quirky coming-of-age comedy about sexual awakening and self-realization.

Paul Taylor-Mills & Bill Kenwright, in association with Adam Bialow, by special arrangement with LIONSGATE® present But I’m A Cheerleader: The Musical, based on the LIONSGATE® motion picture, directed and story by Jamie Babbit and screenplay by Brian Wayne Peterson. First presented as part of MTFestUK 2019, this is the first fully commissioned musical discovered at the new musical festival, to be presented on stage.

But I’m A Cheerleader: The Musical, has book and lyrics by Bill Augustin, music by Andrew Abrams and direction by Tania Azevedo. Musical direction and orchestration by Josh Sood with choreography by Alexzandra Sarmiento and set and costume design by David Shields.  Lighting by Martha Godfrey, sound design by Chris Whybrow and projection design by George Reeve.  With casting by Will Burton, CDG.

FIRST LOOK: But I’m A Cheerleader the musical at Turbine Theatre