Beautiful now playing at the Stephen Sondheim Theatre is the story of legendary singer/songwriter Carole King, a girl from Brooklyn with a dream. 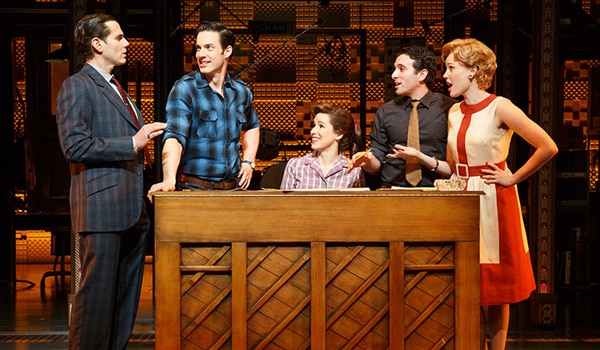 From the back rooms of Manhattan’s music factories to the stage of Carnegie Hall,  Beautiful tells the inspiring true story of Carole King’s remarkable rise from teenage songwriter to the rock & roll hall of fame.

Carole King began as Carol Klein, a passionate talented singer/songwriter from Brooklyn. Before she became a chart-topping music legend, she fought her way into the record business as a teenager and, by the time she reached her twenties, had the husband of her dreams and a flourishing career writing hits for the biggest acts in rock ‘n’ roll. Beautiful tells the inspiring true story of Carole King’s remarkable rise to stardom, from a hit songwriting team with her husband Gerry Goffin, to her relationship with fellow writers Cynthia Weil and Barry Mann and becoming one of the most successful solo acts in popular music history. Along the way, she made more than beautiful music, she wrote the soundtrack for a generation.

Beautiful features a cavalcade of modern classics including Some Kind of Wonderful, Take Good Care of My Baby, Up on the Roof, The Loco-motion, You’ve Got A Friend, One Fine Day, Natural Woman, and many, many more

Read our review for Beautiful The Carole King Musical on Broadway

Tuesdays, Wednesday and Thursday at 7pm
Friday and Saturday at 8pm
Wednesdays and Saturdays at 2pm
Sundays at 3pm 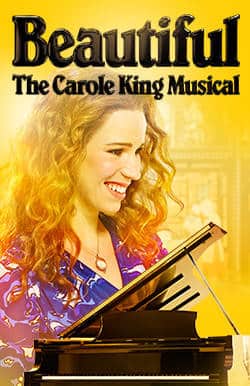