Every so often a piece of theatre surpasses expectations and gives a reviewer pause when writing his/her review.

At the conclusion of the show, and after writing their review, it was time to settle on the star rating, which is normally marked up to five stars. Star ratings are an arbitrary process in any event, and always reflect the individual reaction to a particular performance.

Only on one previous occasion has the reviewer approached me as Managing Editor to ask the question “What if 5 stars just isn’t enough?”

On both occasions, the reviewers in question they both explained that they felt the shows were thrillingly performed and perfectly staged. 5 stars just didn’t seem enough.

After consultation, an executive decision was made to allow certain extraordinary shows to be awarded BritishTheatre.com’s rarely awarded 6 Star rating. This is a rare accolade and is only awarded to the most exceptional productions.

Imelda Staunton and the cast, crew and production team behind Gypsy were awarded our first Six Star review and now Six the musical becomes the second Six years later! 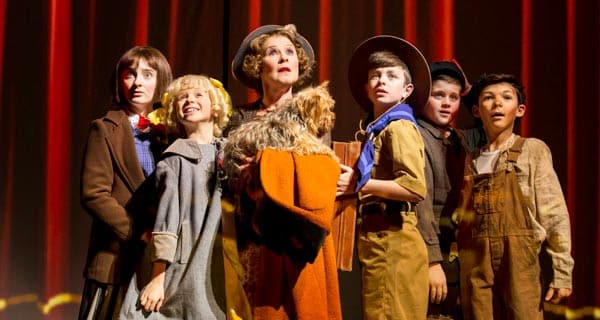