Katy Lipson and John Gertz have announced a new production of Zorro the musical  will be produced at the Hope Mill Theatre, Manchester in March 2020. 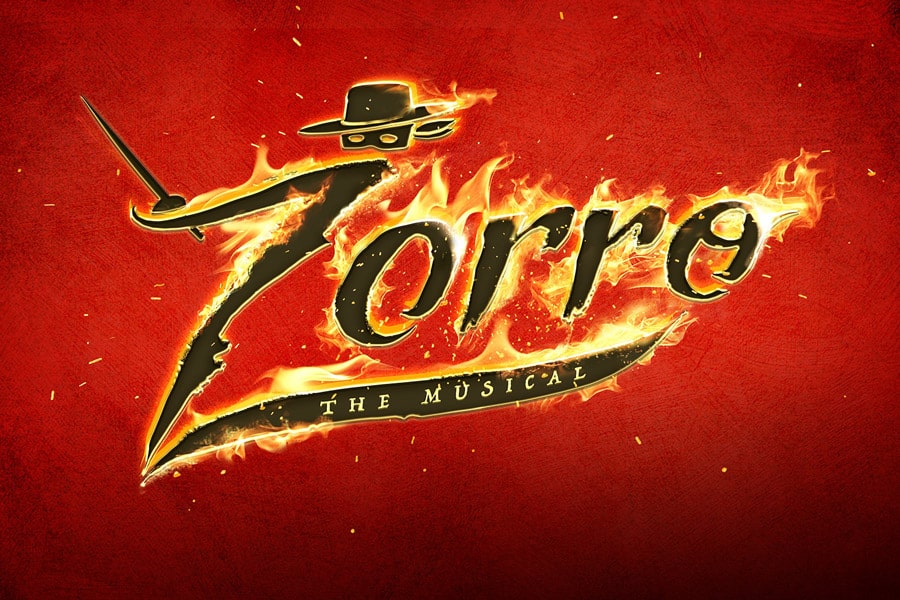 Katy Lipson and John Gertz are thrilled to announce a new production of Zorro The Musical which will run at the Hope Mill Theatre in Manchester from 14 March – 18 April 2020. The production will place audiences at the heart of this legendary adventure as they are invited to take part in flamenco dancing and sample tapas on offer during the evening. Audiences will be taken on a journey into this iconic story of good vs. evil, love vs. hate, by an energetic and talented company of actor-musicians, directed by Christian Durham.

With music by the Gipsy Kings and John Cameron, lyrics by Stephen Clark and a book by Stephen Clark and Helen Edmundson, Zorro is inspired by the 2005 fictional biography of the same name written by Isabel Allende. Zorro the Musical retells the dramatic tale of a romantic hero in an immersive new production featuring original music by the Gypsy Kings alongside their international hits including Bamboleo, Baila Me and Djobi Djoba.

Casting and full creative team will be announced in due course.

Christian Durham, Director, said: “Our new immersive production will see the action spread from the stage through the audience as they become part of the story and witness the thrills and spills of our famous masked hero. We’ll be bringing the flavour and passion of Spain and 19th Century California to the Hope Mill with heart-thumping flamenco choreography, Cante jondo singing, magic, ‘get-up-and-dance’ music by The Gypsy Kings and of course, the thrill of sword fights.”

Katy Lipson, Producer of Aria Entertainment, said: “I have always held the Gipsy King’s music close to my heart and being a huge fan of making ambitious shows in small spaces Zorro felt like a fitting addition to my programme of work. I am truly excited to be working with John Gertz and Christian Durham on this re-imagining and hope we can bring a lot of sunshine, tapas and flamenco to the Hope Mill Theatre next spring.”

BOOK TICKETS FOR ZORRO THE MUSICAL