James Graham’s play Best Of Enemies will open at the Noel Coward Theatre London in November which will see Zachary Quinto make his West End debut alongside David Harewood. 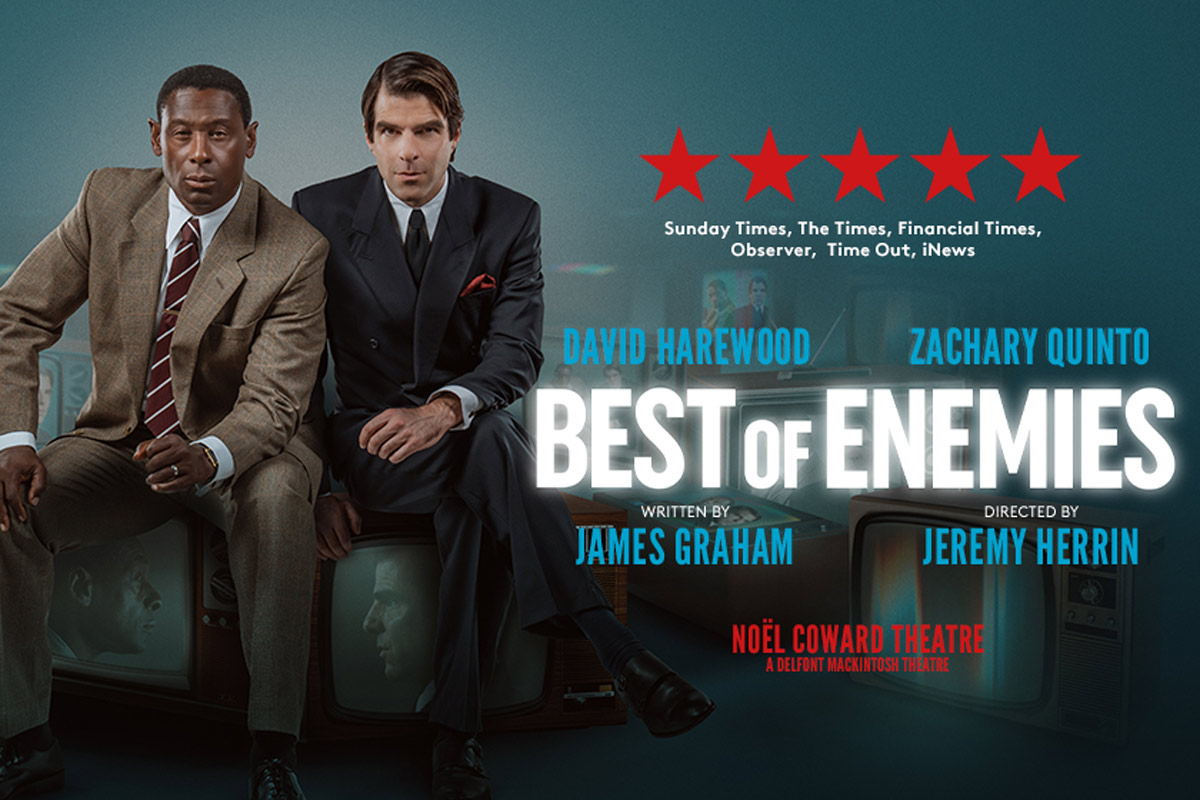 Full casting and creative team have been announced for James Graham’s award-winning play Best Of Enemies which will star Zachary Quinto (The Boys In The Band, American Horror Story, Star Trek) making his West End debut as Gore Vidal opposite David Harewood (Sherwood, Quiz, This House) who reprises the role of William F. Buckley Jr. The production which will be under the direction of Jeremy Herrin and plays at the Noel Coward Theatre from 14 November 2022 to 18 February 2023. Book The Best Of Enemies Tickets now.

1968 – a year of protest that divided America. As two men fight to become the next President, all eyes are on the battle between two others: the cunningly conservative William F. Buckley Jr., and the iconoclastic liberal Gore Vidal. Beliefs are challenged and slurs slung as these political idols feud nightly in a new television format, debating the moral landscape of a shattered nation. Little do they know they’re about to open up a new frontier in American politics, and transform television news forever…

Zachary Quinto says: “Living and working in London has long been an aspiration of mine. But to be making my West End debut in such a thrilling and relevant play – amongst such a distinguished creative team – and playing such a scorching and complex character as Gore Vidal – far exceeds my expectations of what living and working in London would look like… I’m full of gratitude and excitement. Best of Enemies harkens back to a vital time – when genuine discourse was possible from even the most opposite ends of the ideological spectrum. My hope is that such discourse may be once again rekindled in response to the work itself.”